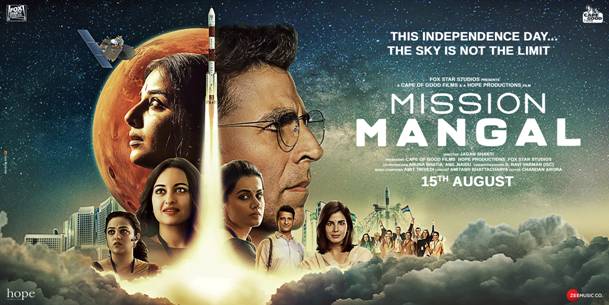 One week ahead of its worldwide launch date, the highly awaited motion picture “Mission Mangal” premiered its new second trailer unveiling all-new footage from the film which hits North American theaters next Thursday, on August 15th.

The trailer begins with Akshay Kumar, who plays the Mission Director in the movie, announcing a launch failure to the press. 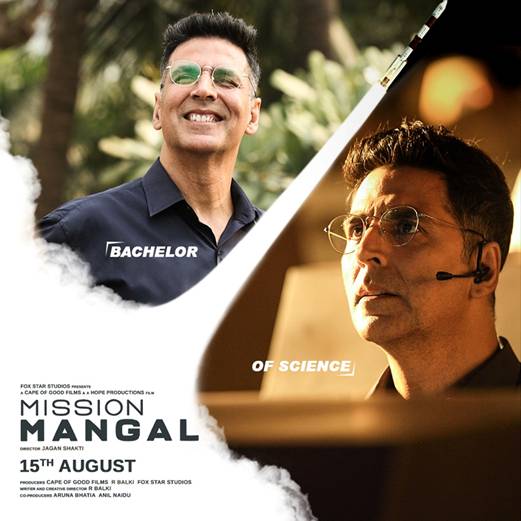 Vidya Balan, who is the Project Director is always bubbling with energy and ideas and she is the one to live-up Akshay’s spirits with crazy ideas. Her motto – “Anything is possible.” 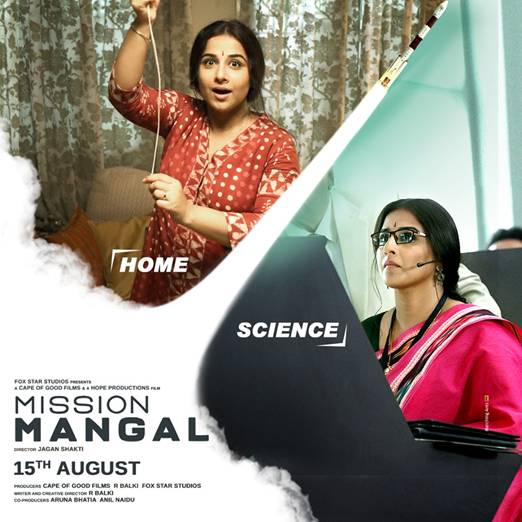 Mocked upon by their over-ambitious dreams, Akshay Kumar and Vidya Balan are assigned a team of juniors comprising rookie scientists Sonakshi Sinha, Taapsee Pannu, and Nithya Menon, who are yelled at by Akshay.

But yet again, the temporary scrapping of the then Chandrayan 2 mission takes Vidya Balan to experience a Eureka moment. Akshay Kumar bows down to her and the mission MOM takes off. 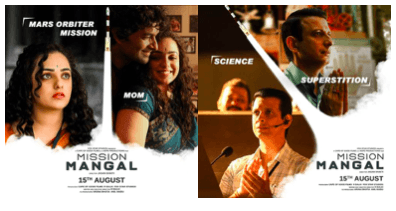 Speaking to news agency PTI, Vidya Balan recently said that she’s glad “Mission Mangal” celebrates India’s achievements: “I felt this story needed to be told. We Indians do not wear our pride on our sleeves for our country and I am glad that more films are being made that make us aware of what a great nation we are… I am glad our movies are doing that and Mission Mangal is doing that.”

Meanwhile, in an Instagram post, Akshay had told us that he’s made “Mission Mangal” especially for his daughter Nitara and kids her age: “Mission Mangal, a film which I hope will inspire as well as entertain. A film which I’ve done specially for my daughter and children her age to familiarize them with the incredible true story of India’s mission to Mars.”

“Mission Mangal” is the incredible, true story of a scientist, Rakesh Dhawan, played by Akshay Kumar and Tara Shinde played by Vidya Balan who lead a motley team of scientists who overcome their personal challenges and failures to serve as the brains behind one of the greatest missions in history: the launch of India’s first satellite to Mars, a stunning achievement that restored the nation’s confidence. The film is a tale of ordinary people doing extraordinary things and inspiring generations to dream big and achieve the impossible.

“Chhichhore” Trailer Is All About Friends Forever