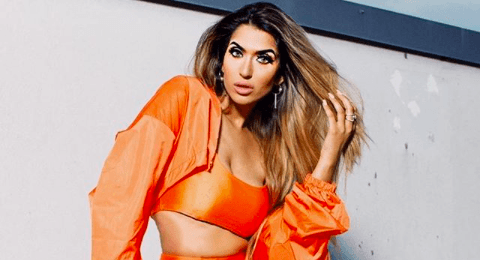 The urban desi music scene is vastly low on female artists, it’s definitely a boy’s club. However, one of the few female artists that have managed to break through is British Asian sensation, Tasha Tah. The stunning diva has just dropped a new single, ‘Bang Bang.’  And this new track is our Tune-in-Tuesdays of the week!

‘Bang Bang’ is a smooth reggae track composed by Mumzy Stranger. The single is written and sung by Tasha Tah herself. With lyrics in English and Punjabi, Tah sings about being neglected in love and an unexpected betrayal.

The track had its world premiere on Yasser’s radio show on the BBC Asian Network. The talented singer is already working on a music video for the single that will hopefully release soon. Until then, check out the track below!

Tah was launched onto the music scene with her debut track ‘Haan De Munde’ in 2011 with Tiffin Beats Records. She followed up the popular track with ‘Kurbaan,’ ‘Lak Nu Hila’ and the mega-hit ‘Malang.’ The singles have cemented Tah as a key player in the urban desi music scene. She has a unique voice and signature style of blending Eastern and Western music that has this artist stand out as an original in a sea of remakes.