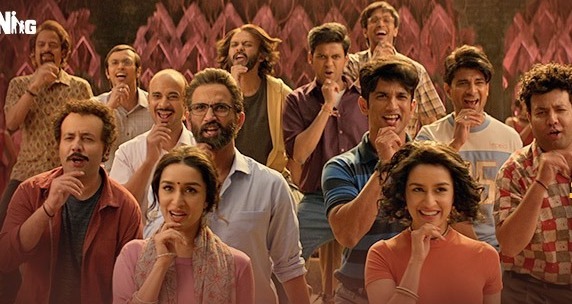 The first song ‘Fikar Not’ has premiered from the upcoming comedy “Chhichhore” which crashes into North American theaters on September 6th. Directed by Nitesh Tiwari (“Dangal”), the film stars Sushant Singh Rajput, Shraddha Kapoor, and Varun Sharma, and follows the lives of seven friends from 1992 to present day. 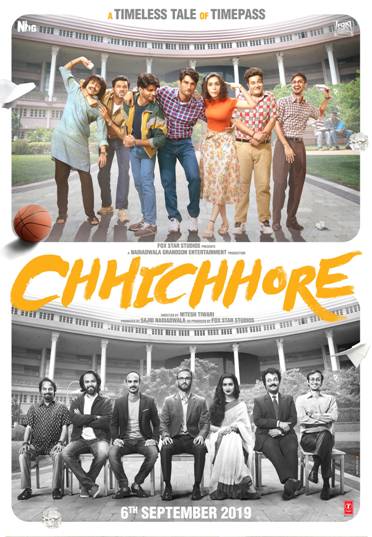 The director of “Dangal” takes you to a world that is full of all the exuberance and fun that a hostel and college life have to offer. A world where one meets interesting characters, shares great times, and becomes friends for life. Anni and Maya’s friends are Sexa, Derek, Mummy, Acid, and Bevda – each one as unique as his name. Together the group takes you on a journey which is hilarious, yet so true. The story offers a seamless transition between the past and present where friends join in the journey and have a reunion they never ever thought of.

The video shows young and older versions of all the lead actors dancing side by side as they sing lines that basically ask us to not worry about the future and enjoy the present. The song shows the actors in two different looks— from their college days in the 90s and from present time.

As reported in Mumbai Mirror this song from “Chhichhore” was shot over five days with 500 background dancers, Sushant Singh Rajput, Shraddha Kapoor, Varun Sharma and others dancing together as their older selves also grooving along.