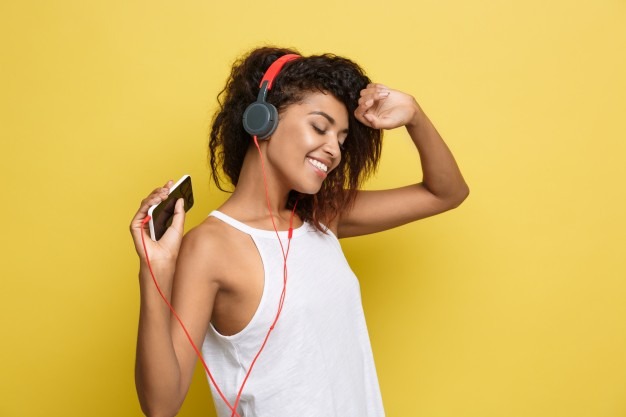 It’s time for our monthly playlist again and this August we’ve seen some pretty amazing tracks not just from urban desi stars but some amazing talents straight from India! Non-Bollywood film soundtracks definitely don’t get as much love as they deserve. This month’s playlist has a great mix of tracks from party dance numbers to heartbreak jams that will touch you.

Check out our pick’s for the must-have songs for your August Playlist!

Bollywood soundtrack hero, Arijit Singh has dropped a new single. This heartbreaking love story stars Vicky Kaushal in his first music video along with Nora Fatehi as his lady love. With music is by B Praak, the track is composed and written by Jaani. Singh’s soulful voice brings life to this unique track that will definitely have you hitting repeat.

A young artist coming from Perth, Hash blends his love of Bollywood with his love of classical instruments like the piano. After a short stint singing with rock bands like “Talbees” and “Delafuse,” Hash has taken on a solo career. After the success of his singles, ‘Closer,’ ‘Swtst Grl,’ and ‘Border Security,’ this month the artist dropped ‘Time Flies.’ The track is about how time flies when you’re in a relationship, the song looks at a relationship from a point of view of the past, present and future.

Kunal Pandit is a talented singer who was first discovered on Indian Idol 10. The star has just released an original titled ‘Tu Yahi Toh Chahe,’ a peppy love song. The single is sung, written, arranged, and programmed by Pandit himself – talk about a one man show! This artist is making sure his career doesn’t end with Indian Idol, check out the track below!

Indian-American singer Mickey Singh was one of the first American desi artists to really make waves on the European dominated urban desi music platform. The young artist is still going strong as he continues to take more risks with his music career. This August Singh teamed up with Punjabi stars Dilpreet Dhillon and Tedi Pagg for this hit track, check out ‘Closer.’

Zack Knight is known for his Bollywood medley’s and mashups but this month the British Asian singer has dropped another original track titled ‘Angel.’ Singing about finding his dream girl in a picturesque music video shot with stunning beaches and talented dancers. Knight effortlessly blends Punjabi, English, and Arabic in this new track.

Diljit Dosanjh, one of Punjab’s biggest artists has just dropped a peppy new number titled ‘Muchh.’ The song is a fun single with an equally quirky music video portraying Dosanjh running late all the time.

Jannat Zubair is not just an adorable Indian television star, she’s also a fantastic singer! The popular young actress has just released a new single titled ‘Ishq Farzi,’ a track about heartbreak and rising up over the pain. The music video stars Rohan Mehra as the love who breaks her heart. A talented actress and singer, this 17-year-old star is not to be overlooked!

This British Asian rapper has been dropping hit after hit in his music career and his latest track, ‘Say Less’ is another banger on that list. Produced by Harun B and written by Raxstar, ‘Say Less’ shouts out all the haters that always have something to say. Raxstar looks handsome as ever sporting some sleek desi men’s fashion by Saran Kohli. The female models also look stunning in designer outfits from Mani Kohli’s Khubsoorat Collection.

Indian R&B artists Diesby and MKSHFT dropped a new dance number this August titled ‘One in a Million.’ The catchy tune has already got fans making Tik Tok videos online.

British Bengali legend Mumzy Stranger has been burning up the urban desi music scene since his debut. As of late, the artist has become a driving force in the Bengali urban music movement along with fellow legend Master D and rising artist Nish. Mumzy is gearing up to release a new album “Vertigo” and ‘Broken’ is his first single from it. The track features the talented Arjun, check it out!

Urban desi music legends Master-D and Haji Springer have teamed up once again for another banger. The R&B song blends Bangla, English, and Punjabi seamlessly. The track was composed and produced by Master D and the video was directed by PeeZee. The laid back track is definitely something unique in the party anthem filled urban desi music scene.