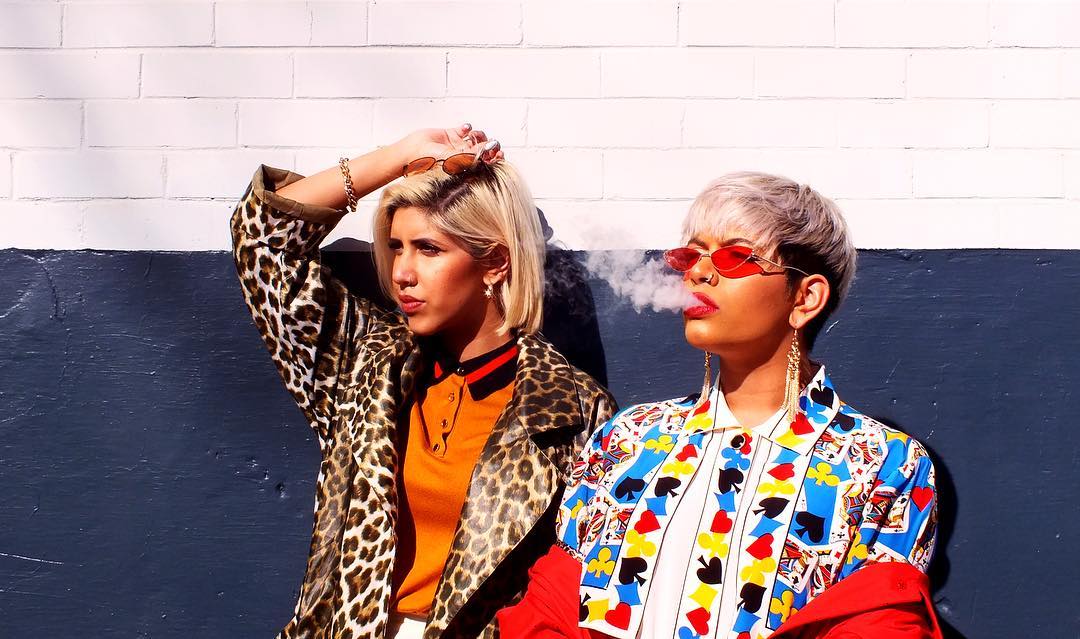 This Tune-in-Tuesdays we bring you a fresh track from a little known group that you absolutely must  get to know, Cartel Madras. The rap group has just released their latest single, “Goonda Gold,” a powerful anthem that you can’t miss.

Cartel Madras is a queer Indo-Canadian rap duo and perhaps the first ever South Asian queer musical group, a powerful aspect in itself. The duo consists of sisters Bhagya and Priya, aka Eboshi and Contra, respectively, in the music world. These sisters have been signed to Sub Pop Records and Royal Mountain Records.

Cartel Madras is gearing up for their debut with their Sub Pop EP, “Age of the Goonda” which releases on November 1st.

The track, “Goond Gold” is just a teaser of the fierce bad-ass music we are about to be blessed with by these talented ladies. They have not held back in making “Goond Gold” a powerful anthem for the underdogs, people of color, the LGBTQ+ community, immigrants, and women. The music video features Eboshi and Contra with their tribe of powerful women getting ready for a physical battle.

The artists used this track to highlight some of the talented South Asians in Canada that are making big moves like themselves. The trap song was produced by Vancouver based Skinny Local with the music video produced by Sumeet Kumar and Tesh Guttikonda of Kalpana Films. Guttikonda is also the director of photography for the shoot. The music video was directed by the talented Makan brothers, Bhaveek and Jashan. You may remember the Kumar, Guttikonda and the Makan brothers from the many short films and music videos brought to life by their production house Rendering Glint Films like The Prophec’s “Sajna.” The ladies were also styled by popular Canadian influencer, Pooja Patel also known as “The Pooja Project.”

Contra and Eboshi are starting a movement with their music and elevating the talent around them on the way. Check out “Goonda Gold” and let us know what you think!