The Indo-American Arts Council announces the 5th Annual Literature Festival, this year aptly themed, ‘Wonderland@IAAC’. One of the premier celebrations of works influenced by the Indian sub continent, this year, the festival is larger than ever with not only a stellar adult literature lineup but also the first children’s literature program and a wide selection of poetry.

Nearly 30 authors and participants from across a spectrum of genres and topics will come together with hundreds of book enthusiasts on Saturday October 19 from 10 am-6:30 pm and Sunday October 20 from 10 am–6:45 pm at the Hagop Kevorkian Center for Near Eastern Studies, New York University, 255 Sullivan Street, New York, NY 10012.

The IAAC Literary Festival is one of New York’s premier celebrations of Indian-American literature. With two days of book talks, book signings, lively cultural shows, activities, private receptions and more, the program is sure to satisfy book enthusiasts across topics, interests and genres including literary fiction, non- fiction, mysteries, thrillers, fantasy, adventure, memoirs, poetry, food writing and children’s books. Cultural identity, immigrant stories and challenging cultural norms is a theme that will be explored in both the children’s and adult literature line up and will engage young readers who are searching for their place in the world.

Internationally acclaimed emcee, poet, translator and professor Ravi Shankar, acclaimed as “ One of America’s finest younger poets” by the late CT State Poet Laureate Dick Allen and called “a diaspora icon as well as bête noir” in The Hindu, will introduce an array of extraordinary South Asian voices that will resonate long into the reception featuring wine and cheese, and book signings.

The first ever children’s lineup at the Indo-American Art Council’s Literature Festival is being presented in partnership with The Culture Tree whose founder Anu Sehgal noted “We all know there is a huge diversity gap in children’s books. Through Wonderland our vision is to create a platform where children’s books by authors from the Indian diaspora get the visibility they deserve. Additionally, we want Indian-American children to see themselves and their lives in literature. This will instill a deep sense of confidence and curiosity about their culture. Through festivals like this, we also offer cross-cultural exposure that can help develop knowledgeable, open-minded and respectful individuals.”

IAAC Vice Chairman Rakesh Kaul said of the festival “Adbhuta Rasa is the rasa of mystery and wonderment. Descartes stated that Wonder is the first passion. It is in that spirit that we are excited to welcome our talented and globally recognized cast of writers. They will evoke a sense of surprise, wonder and pleasure in you through their literary creations.”

Headlining the Adult Literature Program will be: 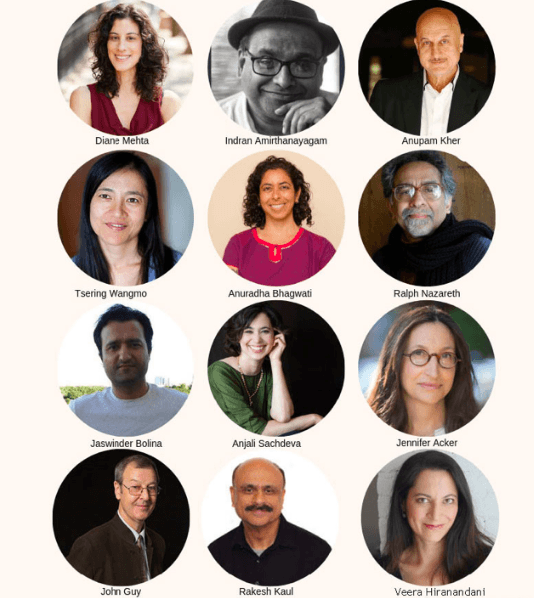 Celebrate the perfect end to the inaugural day of the Festival, on Saturday Oct 19 4:30pm, by enjoying some poetry from around the subcontinent and joining us for refreshments, conversation, book signings and photo opportunities. The rich poetry tradition of the Indian subcontinent stretches back for centuries and includes such crucial voices from Kabir to Kalidasa, Andal to Tagore, and this evening will showcase what the new generation of Indian and diaspora writers are doing to stretch the bounds of poetic discourse and probe what it means to be brown in America today. Rejoice in the actuality of diversity in literature by supporting these disparate poets as they perform from their latest works and engage with the audience.

On stage will be diverse writers such as:

– The Green Rose Prize in Poetry winner Jaswinder Bolina who is the author of three full-length collections of poetry. His first collection of essays, Of Color, is being released in March 2020.

– The poet laureate of Suffolk County, Long Island, Pramila Venkateswaran. An award winning poet, she has performed poetry internationally, including at the Geraldine R. Dodge Poetry Festival and the Festival Internacional De Poesia De Granada. She is also the 2011 Walt Whitman Birthplace Association Long Island Poet of the Year.

– Kirun Kapur, named by NBCNews on their 2015 list of Asian-American Poets to Watch. Her work has appeared in AGNI, Poetry International, FIELD, Prairie Schooner and many other journals.

– The first non-Irishman to win the Patrack Kavanaugh Prize, Kashmiri-born Rafiq Kathwari has an MFA from Columbia University and divides his time between New York, Dublin and Kashmir.

– Former editor at PEN America, Guernica, and A Public Space, Diane Mehta’s debut poetry collection, Forest with Castanets, came out in March 2019. She is currently finishing a historical novel set in 1946 India and a collection of essays.

– Yale art historian and winner of the (Great) Indian Poetry Collective’s Emerging Poets Prize, Subhashini Kaligotla whose work has appeared in such journals as The Caravan, diode, LUMINA, New England Review, and The Literary Review. In 2018, Subhashini published her first book of poems Bird of the Indian Subcontinent, which owes its existence to New York City.

– Poet and novelist and winner of the Kathryn A. Morton Poetry Prize Monica Ferrell. An author of three books, her poetry collection You Darling Thing was named a New & Noteworthy selection by The New York Times.

– Poet, teacher and publisher of Yuganta Press, Ralph Nazareth is the author of four books of poems and lists his years doing poetry with ten-year olds in Stamford schools as among his most memorable.

– Tsering Wangmo Dhompa, raised in exile from Tibet in India is the author of a memoir published by Penguin India, and multiple poetry collections including the finalist for the Northern California Independent Bookseller’s Book of the Year Award for 2012.

– Poet/diplomat Indran Amirthanayagam who writes, translates, and publishes poetry and essays in English, Spanish, French, Portuguese, and Haitian Creole. He has published sixteen collections thus far, including the Elephants of Reckoning which won the 1994 Paterson Prize in the United States.

– Pushcart prize winning poet, translator and professor Ravi Shankar has published, edited or has forthcoming over fifteen books, including the Muse India award-winning translations of 9th century Tamil poet/saint, Andal. He founded one of the world’s oldest electronic journals of the arts, Drunken Boat and has taught and performed around the world. His collaborative chapbook, ‘A Field Guide to Southern China’ written with T.S. Eliot Prize winner George Szirtes was just published in the UK August 2019.

The Children’s literature festival will run on both days – October 19 and 20th. We aim to create a space where children of bi-cultural heritage (ages 3-16) can access stories that will inform and inspire them by reflecting aspects of their identity and enrich them through the powers of imagination and experience. The festival not only serves to expand the world that they live in but will also provoke conversation by stretching the boundaries of imagination and story telling. The children’s program’s stellar line up of authors includes: 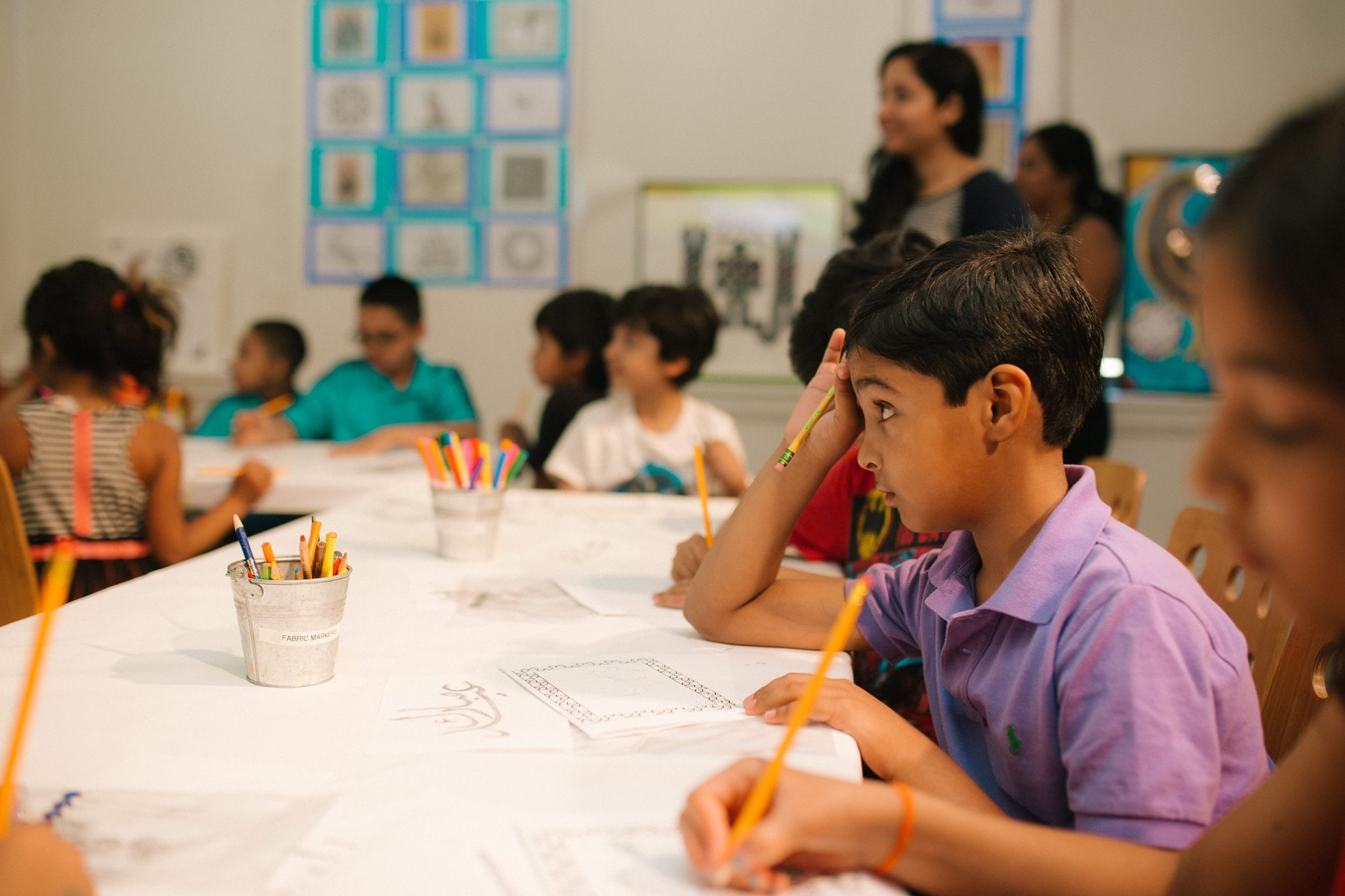 Throughout the festival, children are also encouraged to participate in entertaining and interactive workshops about cultural identity, empowerment and even folklore. Kulture Khazana will engage young ones in an interactive session about cultural identity and empowerment. Packed with their imaginations, music and imagery, Little Ustaads will transport young audiences to a far off magical place reminiscent of the Old Pink City of Jaipur. Not-to-be missed is The Culture Tree’s performance of Ramleela, the story of Ram & Sita, through the art of puppeteering.

The festival will conclude with the Expressions Contest, where kids of Indian heritage aged 4-16 will participate in a literary contest where they will express and interpret their heritage and experiences of growing up as bi-cultural kids in America. Enjoy delicious Indian Food and desserts such as Kulfi as a perfect ending to the festival!