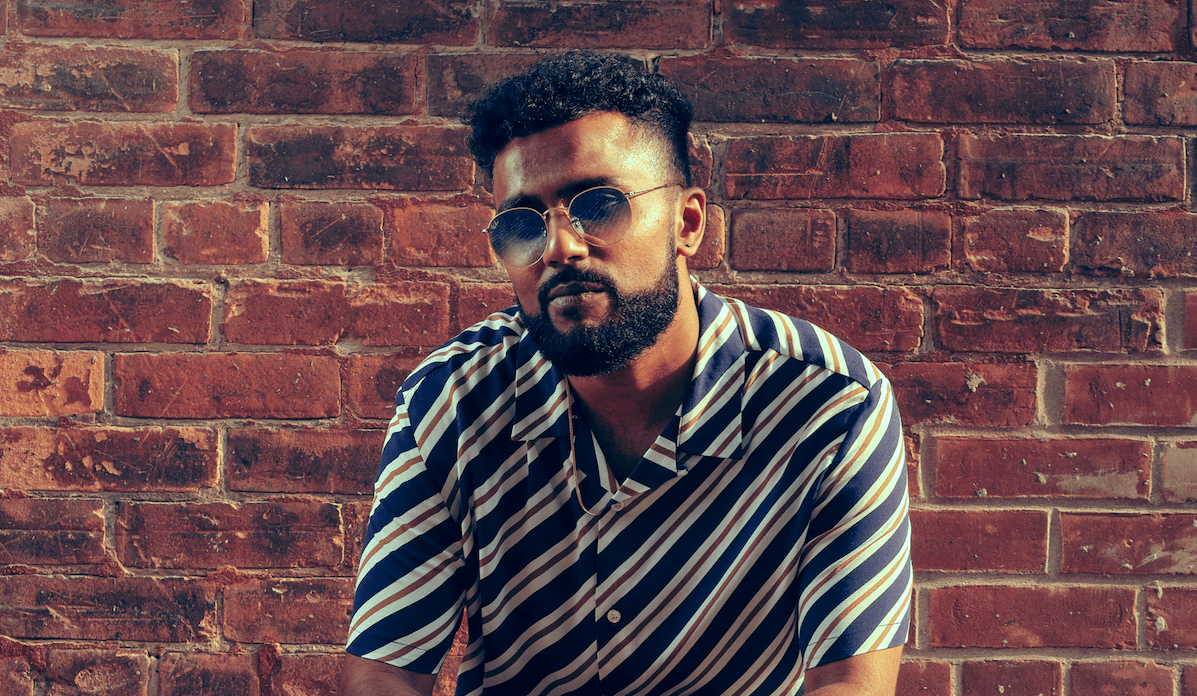 Having recently released a hip-hop album called ‘Overachiever,’ a 29-year-old Tamil-American rap artist, real estate entrepreneur and community activist from Seattle, Vozhi has made himself a significant part of the urban desi music scene in the US. 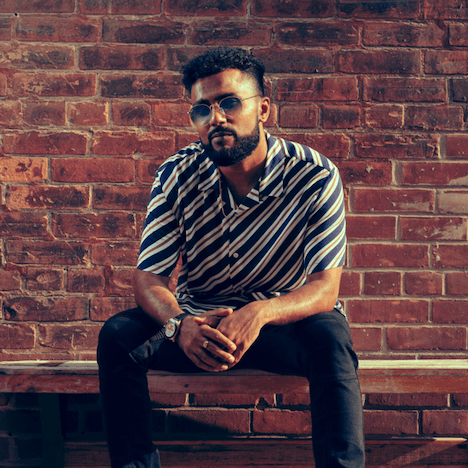 He has received the “30 under 30” award in Seattle among being featured in several business magazines, but his ultimate mission is to integrate real estate investing with culture, music, and technology to inspire positive change in the community.

We had a tête-à-tête with Vozhi. Check it out right here:

DissDash: How did you get started?

Vozhi: My family moved to Seattle from Tamil Nadu when I was 8-years-old. It’s a typical immigrant story. I saw my parents struggle to make it here, watched their sacrifices and their notions of success, it all became a part of my identity. My family was one of the first Tamil families in the greater Seattle area. There were not many brown people around while I was growing up, and I had a lot of identity issues. Over the course of time, in order to fit in, hip-hop was my way to identify with some culture that made sense to me.

All through school and high-school I always took part in lunch-room freestyle and hung out with my friends who were into hip-hop. Then I took the conventional route of majoring in Electrical Engineering and pursued the corporate line, working for companies like Microsoft, Accenture, T-mobile. In 2016, I decided that I want to completely leave the corporate world and pursue a life in an authentic way. That means that I want to identify myself in a business where I am offering some sort of productive service that makes sense to me, now I am creating free time for myself to create music and I am creating opportunities for the community to get involved.

Those are the three pillars that my mission statement revolves around. Over the past 3 years, I have been pursuing all these verticals consistently. 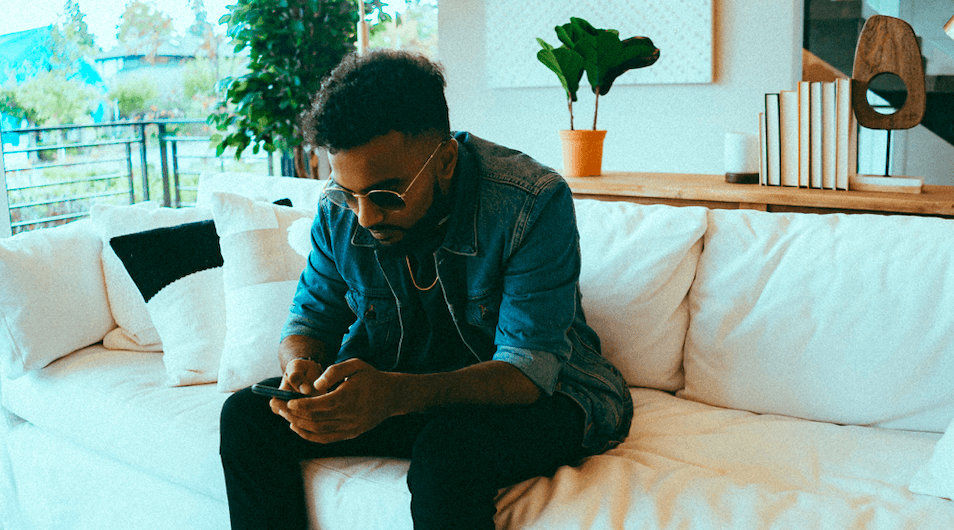 DissDash: How do you tie in your music and real estate business to help the community?

Vozhi: It was awkward in the beginning. Being a person of color that is rapping and involved in the real estate business. But over a period of time, it hit me that living in the hyper-connected world, and when I am in the business of selling something – what people really want to see, is authenticity. So the best example that I can give is that when I post music on Instagram and then after a few days I post about a house for sale – I have received DMs from people saying, hey we love your rap and we would really like to buy that house!

As far as the musical journey goes, I would say that in addition to the people within my immediate circle, the biggest consumer of my music happens to be diaspora Tamil people, because they see me as somebody that’s representing them. I tend to draw a lot of attention within the international Tamil community, so much so, that earlier this year I was given an opportunity to rap for a Kollywood song and that song went international and that movie played all over the world. It opened a lot of doors for me.

So me releasing ‘Overachievers’ was a long time coming, as it’s my story of being a Tamil immigrant who seeks success and seeks to be the best version of himself and also describes the journey of my emotions so far.

DissDash: In what ways do you actively help the community?

Vozhi: There are various non-profits that I work with. One among them is the Technology Access Foundation (TAF). They cater to children coming from lower socio-economic situations, primarily, children of color. It’s an entire academy that teaches them STEM education. I am involved in speaking to these kids about entrepreneurship, music and giving back to the community. I also help them in creating events. 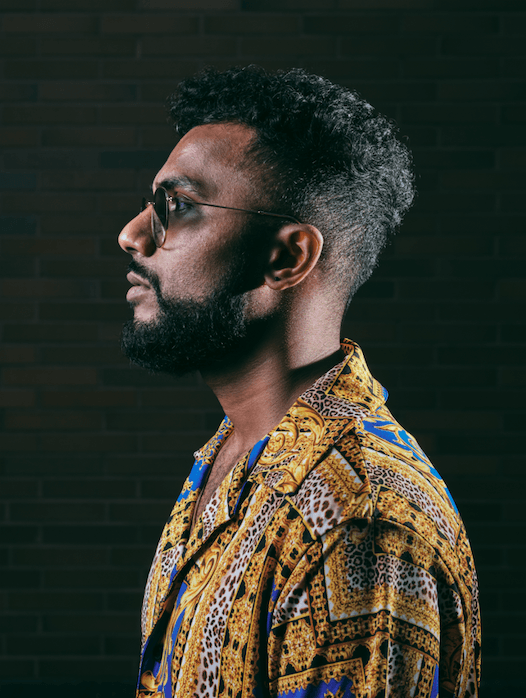 DissDash: What do you think about the South Asians who are now entering the creative line in the US?

Vozhi: I think it’s great. we come from a culture where we have come to the United States to make a better life, so we tend to follow the norm of becoming a doctor, engineer or lawyer because that’s what we are supposed to do. But today we see a lot of brown creatives and artists coming out of the woodwork and making their name known and we have examples of Hasan Minhaj, Lilly Singh, and Aziz Ansari, who pursued their creative ventures and are now in the position of a global take over – I think it’s super inspiring. It should be a wake-up call for a lot of brown people that you need not compromise. You should 100% pursue your passion.

Honestly, pursuing real estate was to curb the fear of financial stability. I think what I am currently doing is what a lot more desis should focus on. You can be that engineer and still pursue your interest. Social media is a great platform for it.

DissDash: What inspires you?

Vozhi: Just regular everyday life. The struggle my parents faced. Coming to the US in the late 90s, before Google, before Google Maps, not knowing how to pay their taxes – and still making a life for themselves and putting a roof over my head and give me a good life – that’s something that I think about on a daily basis.

In addition, everyday regular life inspires me. Anybody I see going after it, living their passion and being authentic inspires me.

DissDash: What do you want the readers to take away from this interview?

Vozhi: You can be multi-faceted. You know how people say you can’t be ‘jack of all trades, master of none,’ the way I see it, is that I can be the master of the unison. So knowing what your passions are and pursuing them in full force is what I want people to take away by reading this. Two years ago what I am doing was a dream from me. It was a big step and there was no immediate support – but today I am at a place where I really wanted to be.