Celebrity stylist Pranay Jaitly along with famous makeup artist Maliha J Khan talks about the Radhika Apte’s dress which she donned at the Emmy’s. Radhika Apte has always been a perfect choice for unconventional and raw roles and that’s because the same unconventionality reflects in her persona as well.

Jaitly’s first International Red Carpet award in New York at the Emmy’s was a big thing. He has also dressed other celebrities in the past such as Rajkummar Rao, Vidya Balan, and so on. Coming from the experience of dressing Vidya Balan at the beginning of his journey in the industry, he still feels nervous as to how people will perceive and react to the fashion he is bringing to the table.

In the case of Radhika Apte, whose dressing style has always been quite minimal, it was important that the balance is maintained. So her dressing and accessories were quite over-the-top however the make-up and dress were pretty much minimalistic.

At the time of putting together her look, they (Radhika Apte and Pranay Jaitly) figured that the dress is pretty much complete and they don’t need anything extra or any other embellishment along with it. They had done nine fashion looks which went over the three days at Emmy’s. All of them look different from one another and the designer duo kept in mind that whatever they are giving her is something she hasn’t done in the past and also they kept her preferences in mind of being minimalistic, simple, and clean. 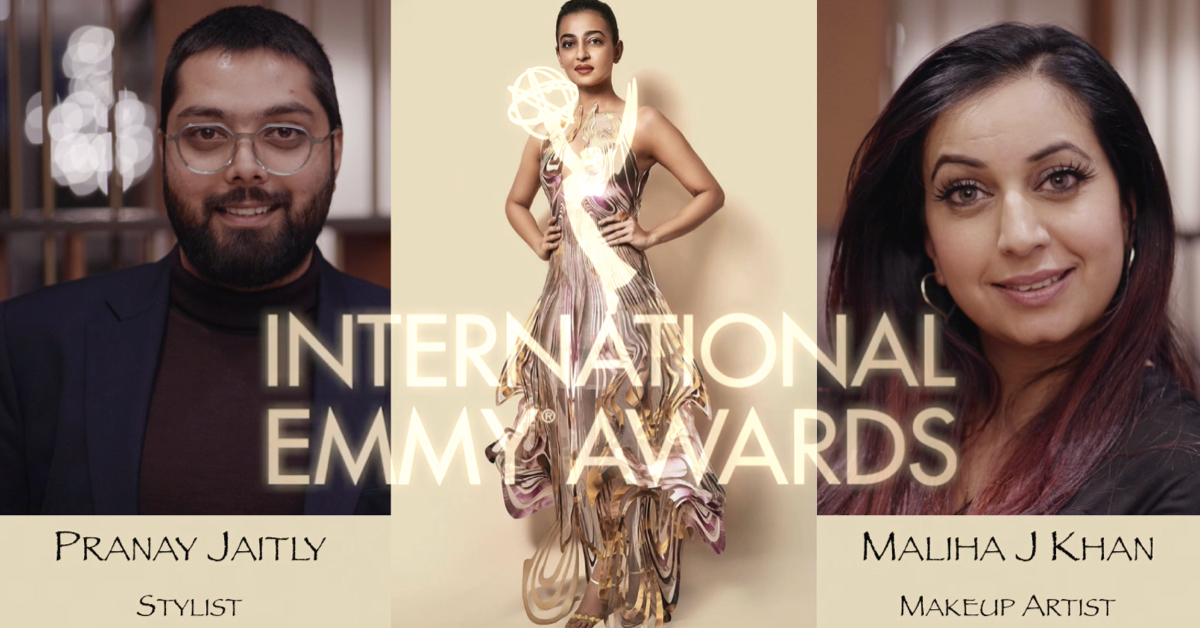 Radhika is the first Indian actor who has walked Emmy’s red carpet and it was Radhika’s first time too. The look they came out with created a strong impact on the international event of this cadre. Being in Milan, Jaitly’s understanding of fashion has been on the Italian lines so to speak and then he eventually learned about Indian culture. Maliha J Khan’s journey has been similar too. The sky is the limit, folks!