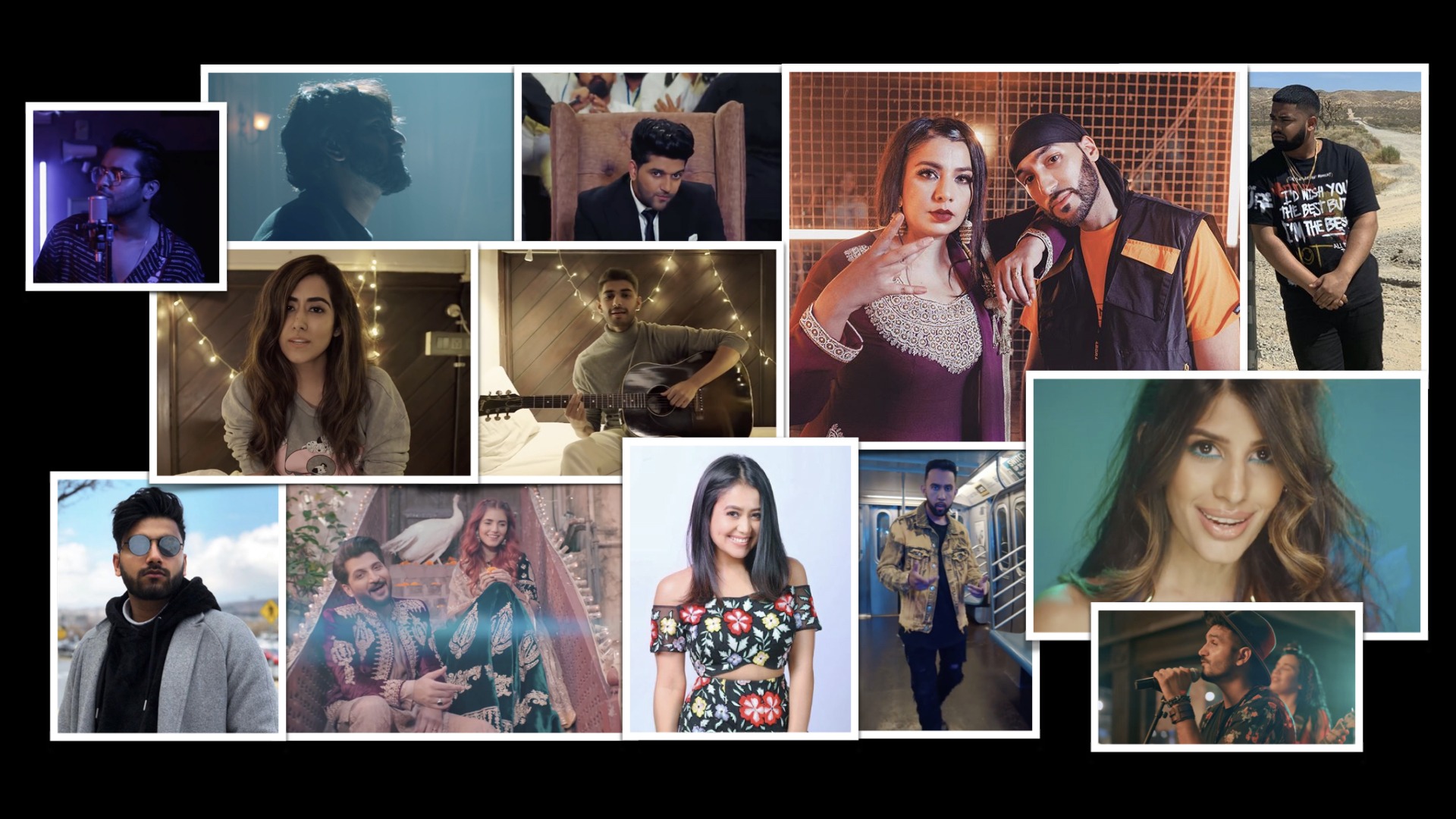 With the holiday season upon us, South Asian artists globally have been blessing us with some phenomenal new music! Of course, we had to curate the best of the best from soft ballads to dance numbers to have you prepped this party season with the dope tracks that released this November. Check out this month’s must haves (in no particular order).

Mithoon, Arijit Singh and Asees Kaur team up for the first time for a non-film track titled ‘Intezaar.’ This soft ballad will touch the heart with the emotional roller coaster it takes you through. Actors Gurmeet Choudhary and Sanaya Irani bring to life the story of a relationship through some phenomenal dancing. These two are on fire in this video – someone cast them in a film ASAP!

The lovely Jonita Gandhi teamed up with singer and composer Zaeden this November to release an unplugged version of Zaeden’s orginal track ‘Tere Bina.’ This sweet love song will have you thinking of that special someone for sure.

Punjabi singer Gajendra Verma samples a popular 70s track for his latest, ‘Milo Na Tum.’ The track adds a modern and Western beat to this old school jam that is surprisingly brilliant. The video features a street party where Gajendra whisks away his lady love, actress Tina Ahuja. Ahuja is also the daughter of legendary Bollywood star Govinda!

The Gulabi queen Jasmine Sandlas teamed up with Mani Sandhu and Twinbeatz for her lastest hit, ‘Panjeba.’ This official remix will definitely have your next holiday party guests on their feet dancing.

Canada’s greatest Punjabi export, The PropheC has dropped yet another hit to add to his long list of mega hits. The track ‘Vaari’ released this month with the music video shot in New York City and directed by Hector Toro.

Normally remakes are a real struggle but Neha Kakkar has brought new life to this old classic this November! She has revamped the catchy old tune to have a fresh and sexy vibe that will have you loving this version even more than the original! Check out Kakkar’s take on ‘Yaad Piya Ki Aane Lagi.’

British Asian reality start and singer Jasmin Walia is back with a sizzling new track titled ‘Mañana.’ This dance number features a heavy Spanish influence along with some talented dancers and killer fashion from Walia.

Pakistani singer Asim Azhar is killing the game as usual. This handsome young star can act, sing, write, and more! His latest Kalakar session video features the lovely song, ‘Tere Liye.’ Check it out, Azhar will not disappoint.

This British Bengali singer has been ruling the Bengali urban desi music scene as of late with his melodious voice. The talented young star just released another mash-up of a popular song, this time he recreates the magic of ‘Duniya’ from the film “Luka Chuppi.” The track is a revamp of Punjabi singer Akhil’s original song, ‘Khwaab.’

British singer and rapper Ezu teamed up with Indo-Canadian singer, The PropheC for ‘Yaara Tu.’ This fun track is a great showcase of both of their talents and is sure to get you bouncing in your seat. Ezu released his debut album recently, “Arrival” – be sure to check it out for more noteworthy tracks from this fresh face.

Guru Randhawa released a touching new track titled ‘Black’ with  a heartbreaking story of losing his love. The leading lady was played by television actress Krishna Mukherjee. The two stars have played out a youthful love story in ‘Black.’ Check out the video to see the full story.

B Praak known for soulful songs just released another hit.  Filhall penned by Jaani while composed by and sung by B Praak is a touching ballad about two lovers who were destined to be with someone else played by Bollywood actor Akshay Kumar and Nupur Sanon.  A surprise cameo by Ammy Virk is a nice touch to the video.  This one is for the soul guys! Do check it out below!