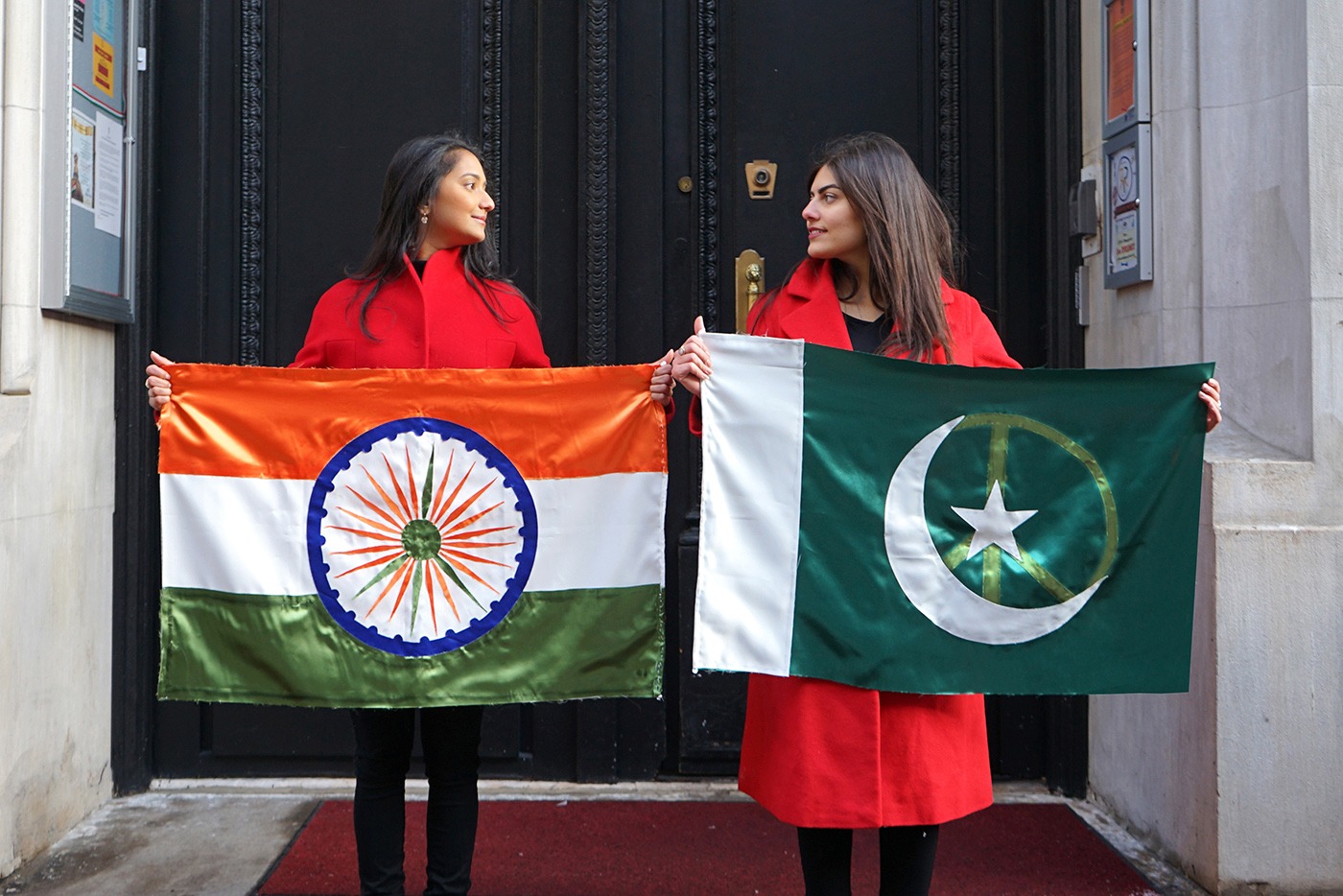 Nashra Balagamwala is an Experiential Designer working at the intersection of art and politics. Her latest project is an attempt to showcase peace between India and Pakistan.

Prior to attending Harvard University, Balagamwala graduated from the Rhode Island School of Design and worked in New York.

Her latest project arose from the rise in hate between the neighbors after the Pulwama attack and the recent revocation of Article 370 in Kashmir. The tensions between Pakistan and India went as far as becoming a looming threat of a nuclear war. 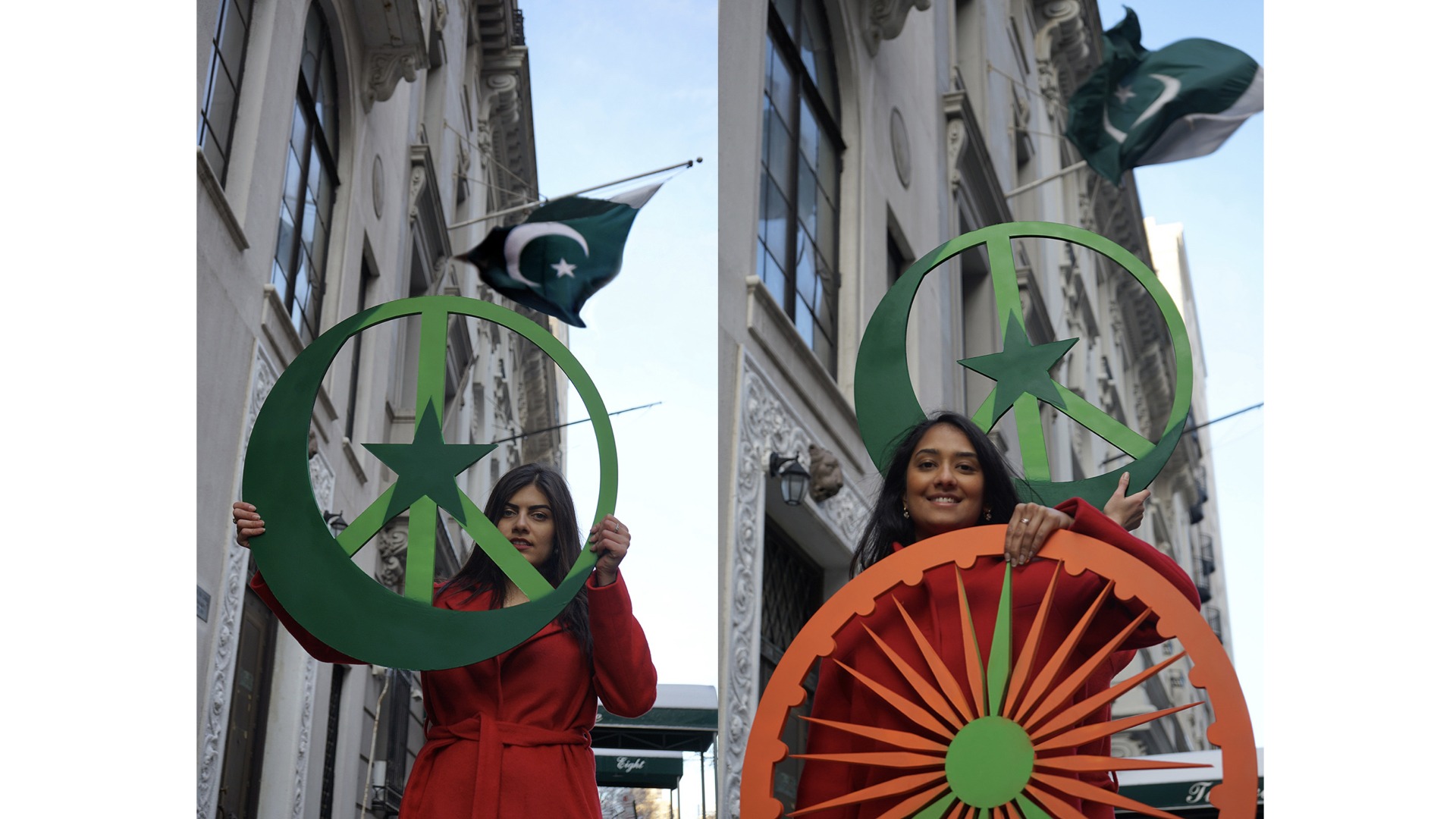 Majority of this conflict stems from the governmental level, however, it is a well known fact that Pakistani and Indian expatriates are drawn to one another immediately after they are removed from the negative sentiments their home countries enforce.

Nashra Balagamwala says, “What I find most intriguing, is the location of the two consulates in New York – they are on the same block, back to back. Although the two nations were “dis-connected” in 1947, it is compelling that 8000 miles away, they are still connected. This under-stated block has the power to destroy or save 125 million lives.”

Along with an Indian volunteer, she held an intervention outside these consulates. Wearing red, in solidarity with Kashmir; connected at all times, either back to back, in the same space, or with a red string, they used these newly designed flags and sculptures as a call for peace. 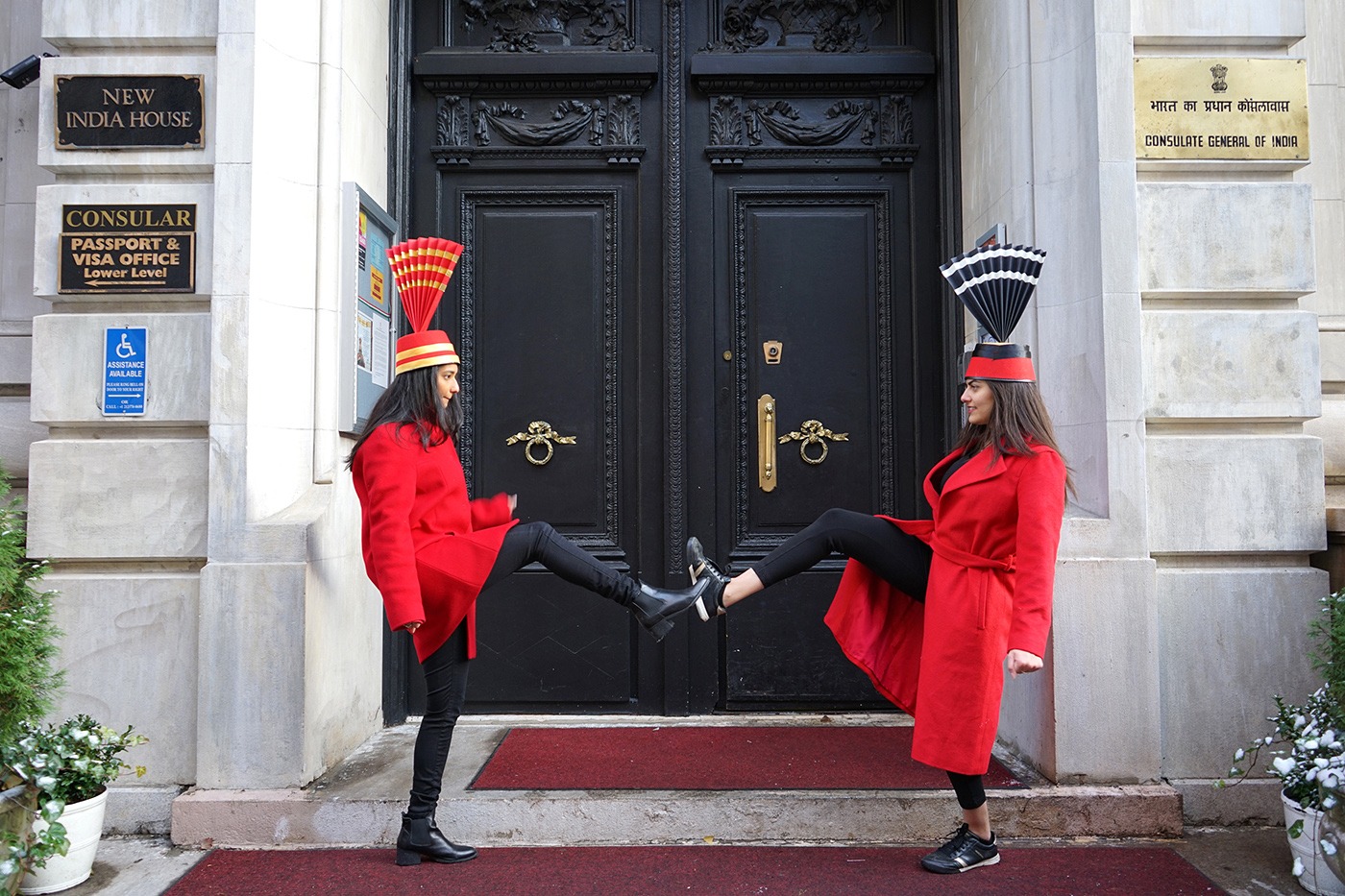 “disconnected” aims to challenge the bitter narrative imposed by those in power. By transforming elements of the flags into peace symbols, they are asking for an end to the brutality, and future conversations of reasonable peace.

What an innovative way to work towards the process of hope between the neighbors!