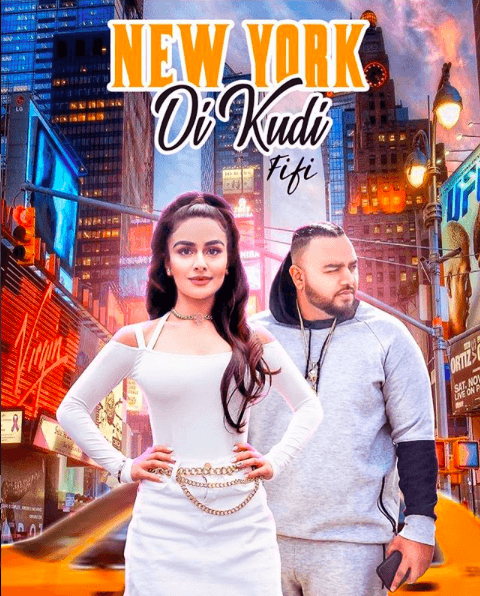 Pakistani Punjabi singer Fifi announced to the world what it means to be a real New York girl in her latest track, ‘New York di Kudi.’ The peppy Punjabi song even features urban desi legend Deep Jandu who produced the song. Fifi’s debut single, ‘New York di Kudi’ is our Tune-in-Tuesdays of the week.

A dance number that is a tribute to the prowess of all New York City girls, this song is bound to become the official anthem for all the ladies. The fun song is just what you need to pick you up this senti fall season. Fifi looks stunning in all-white outfits in her debut video that highlights popular New York City landmarks. The video was shot by Strange and Top Notch Cinema.

When the track released, it was the #2 trending topic in Pakistan! Fans have been showering the new star with love and support on social media. The music video reached over 400,000 views within a week of its release. She’s been named by fans as the next pop star!

Fifi, whose real name is Sophia Jamil is a fashion blogger, makeup artist, and actress. The talented young lady now adds singer to her long list of talents. She is also a human rights activist and is passionate about helping others. With her many talents and strong supports from the industry and her fans behind her, Fifi is sure to rock the music industry.

Check out the full video for ‘New York di Kudi.’