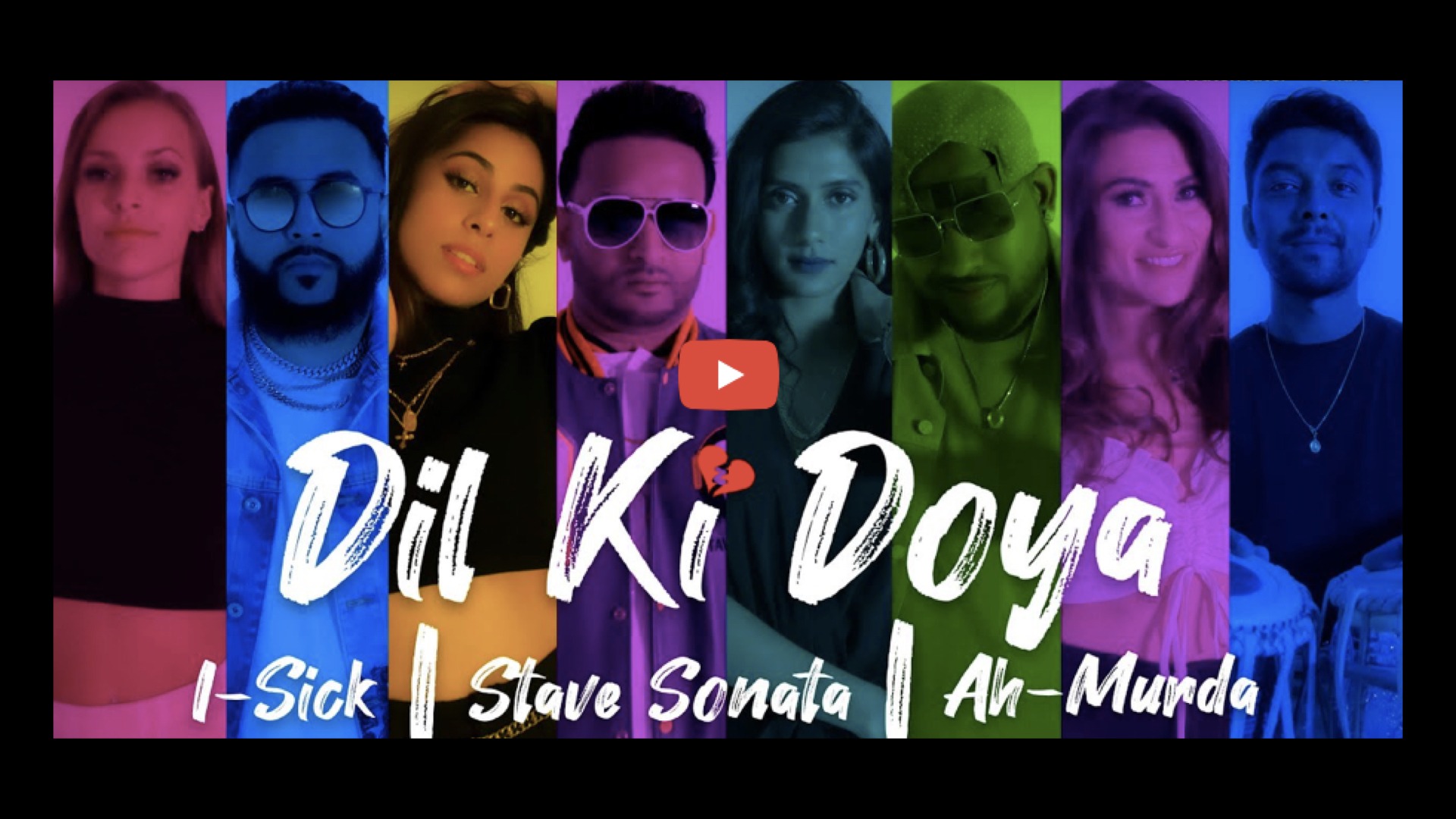 New York-based Bengali-American artist, I-Sick has been silently but effectively making moves in the Bangla urban music scene with some interesting original music. The Bengali hip-hop artist teamed up with Stave Sonata and Ah-Murda to drop ‘Dil Ki Doya,’ our Tune-in-Tuesdays of the week!

I-Sick, Stave Sonata, and Ah-Murda’s collaboration is a fusion of dance hall, hip-hop, and the classic elements of the Bengali culture. The track was inspired by legendary Bangladeshi musician, Praban Das Baul’s song ‘Dil ki Doya.’ The urban artists have added their modern spin on this classic to bring it back to life.

‘Dil Ki Doya’ was written and performed by I-Sick, Stave Sonata, and Ah-Murda. The track is also produced by Stave Sonata and the music video is directed by I-Sick himself. The music video is a fun, colorful and vibrant dance number filled with dancers and also features New York City-based Bengali-American tabla player, Sanjoy Karmakar.

This track is the second single I-Sick has released this year. The young artist has been on the music scene since 2005 as a member of one of the first Bengali hip-hop groups, Blazin’ Annex. After releasing numerous albums over the years as a group, I-Sick branched out to work on his solo career.

Born in Chittagong, Bangladesh and raised in Brooklyn, New York, I-Sick uses his own history as inspiration for his music. Earlier this year he released his solo track, ‘Switching Sides.’ The hard-hitting track shows off I-Sick’s skills as a rapper as he flows effortlessly from rapping in English to Bangla and it also highlights his skills as a writer.

Check out ‘Dil Ki Doya’ and let us know what you think of this catchy track!