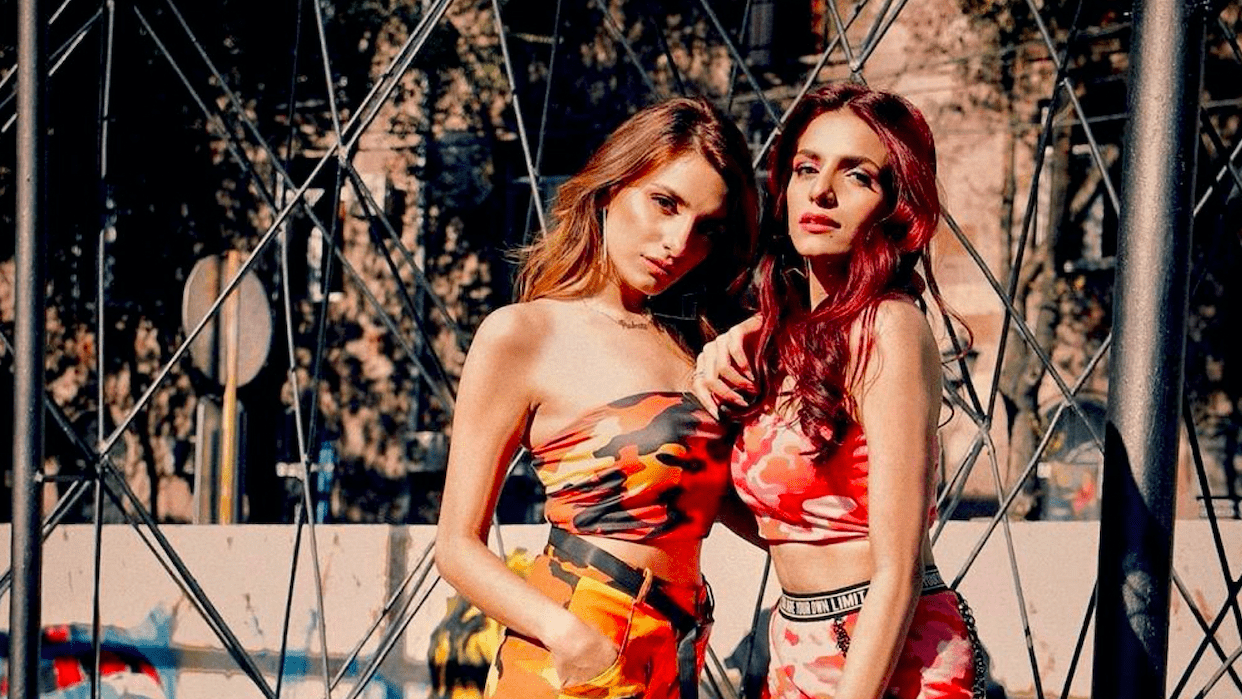 Singers and twin sisters Sukriti and Prakriti Kakar have been releasing new music this past year that has garnered millions of views online. These hit-making divas have begun 2020 with the release of their latest hit, ‘Kehndi Haan Kehndi Naa’ making it our this week’s Tune-in-Tuesdays. 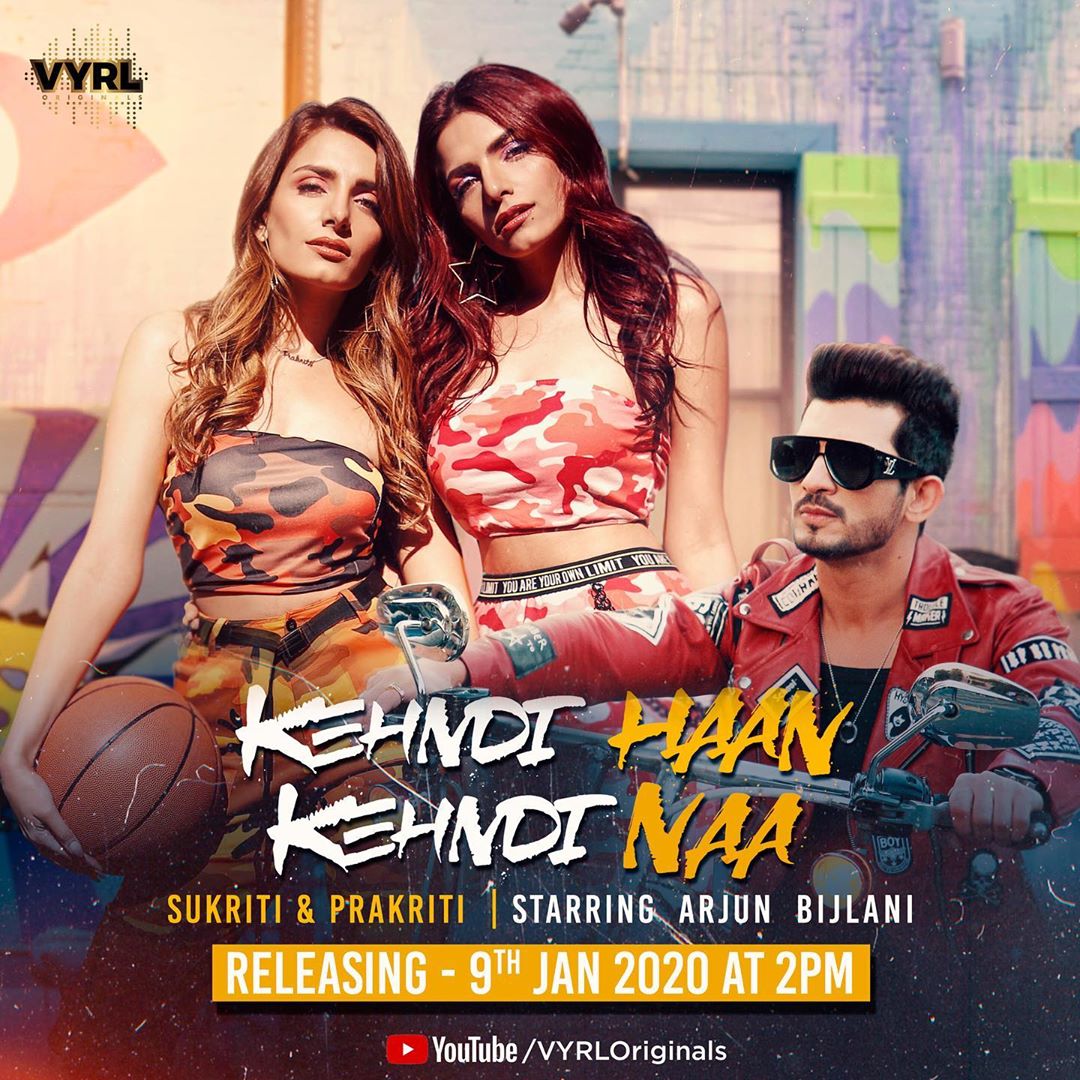 In just 4 days the song has garnered close to 5 million views, an impressive feat for the young artists. Sisters Sukriti and Prakriti not only sang but also composed the track with lyrics by Siddhant Kaushal. The peppy song is full of attitude and has a seductive appeal due to the alluring harmonies by the talented sisters.

The girls look amazing in the video thanks to their stylist Akanksha Kawedia. They also showed off some skilled dancing that co-starred television actor Arjun Bijlani as their leading man. Bijlani looks suave as usual with his sweet dimpled-smile making a cameo when he’s not being a seriously tough guy. The music video has a fun twist so definitely watch until the end.

Sukriti and Prakriti come from a family of artists, with their eldest sister Akriti Kakar being a well established Bollywood playback singer. Though all three Kakar sisters have toured together and released music together, each has their own sound and style. The twin sisters have made their own place in Bollywood as well with hit songs like Prakriti’s seductive ‘Katra Katra’ from the film “Alone,” and Sukriti’s peppy ‘Kar Gayi Chull’ from “Kapoor and Sons.”

The artists bring youthful energy with their music that is pushing the limits of Indian pop music today. They have been crafting their sound working with other artists as well, such as Indian rapper Mellow D in their break-up song ‘Mafiyaan.’ 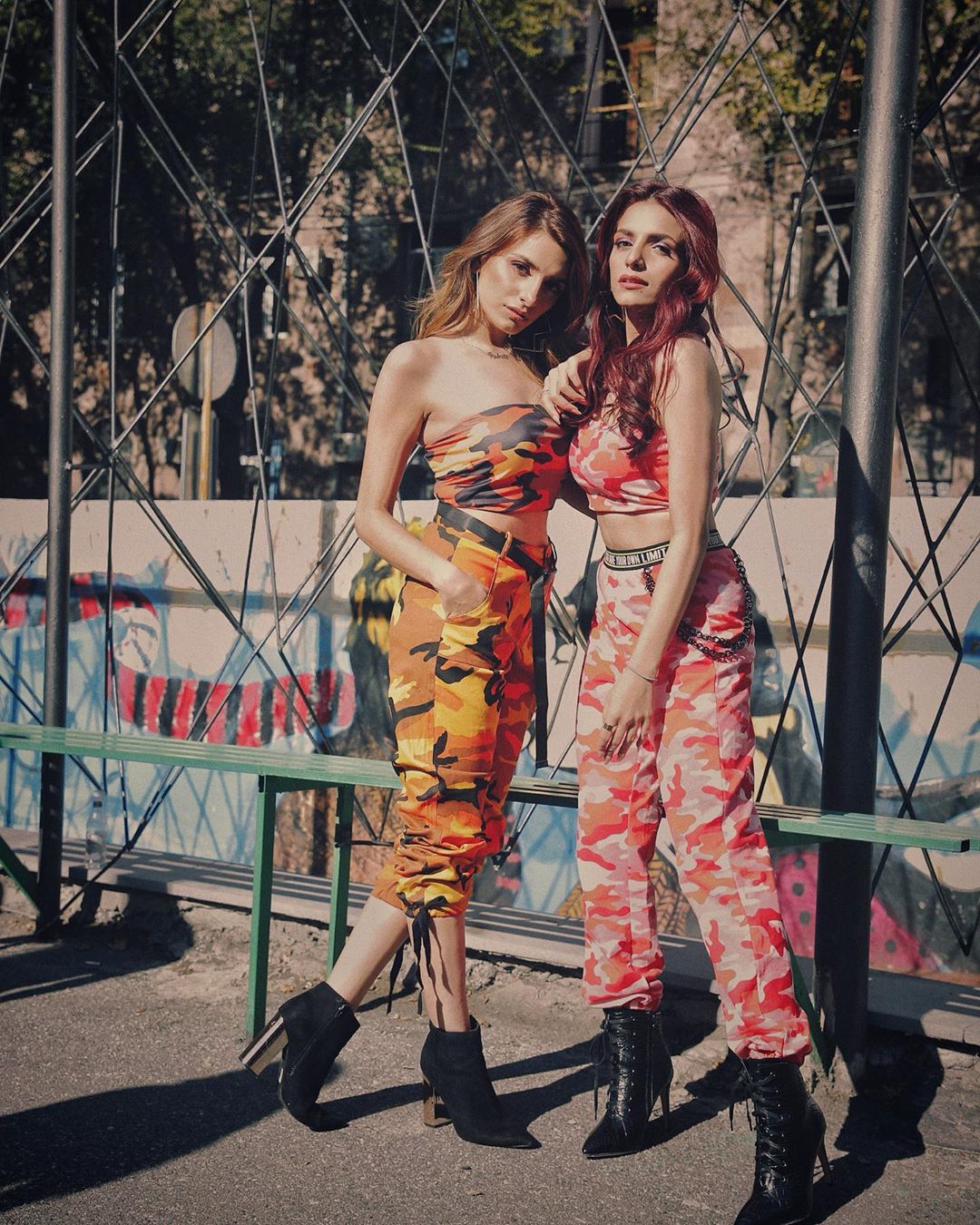 Sukriti and Prakriti are starting off the year right with ‘Kehndi Haan, Kehndi Naa,’ what do you think of the track? Comment below and let us know if this Tune-in-Tuesdays will make it to your favorites playlist!