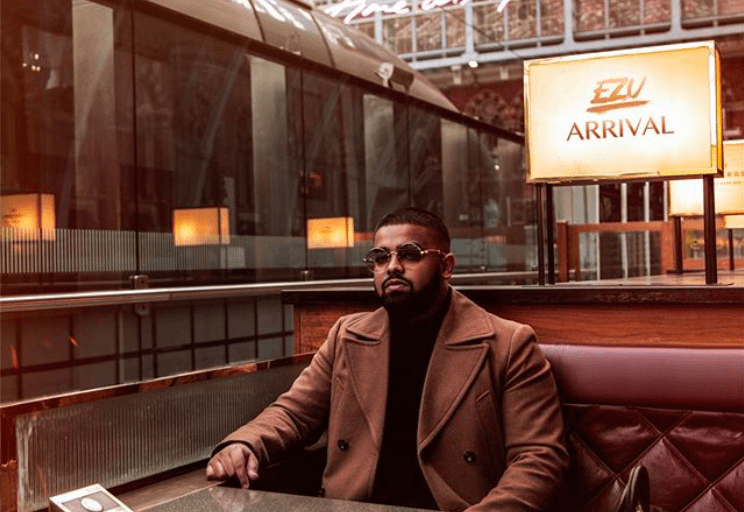 British Asian artist, Ezu has been silently making moves in the urban desi music scene. The young star has just released a peppy new track titled ‘Pyar Karda’ and we’ve selected it to be our Tune-in-Tuesdays for the week!

‘Pyar Karda’ comes off of Ezu’s debut album, “Arrival” which the South London artist has packed to the brim with hits. Ezu is a self-taught producer and vocalist and began his career with covers in Hindi and English catching the eye of urban desi artists like Raxstar and Zack Knight. Today he is working side by side with these talented artists and “Arrival” features artists like Fateh, Raxstar, and The PropheC.

Ezu’s last music video, ‘Yaara Tu’ featuring The PropheC has already hit over 2.4 million views. His latest release, ‘Pyar Karda’ has already surpassed 750,000 views in just 7 days! The song has been produced by Jay Trak and written by Prince – The artist Singh and Ezu. The lively track showcases Ezu’s vocal ability in English and Punjabi as he seamlessly moves between the two languages.

Presented by VIP Records, the music video was directed by Alam and Murshed. The video features model Esha Jass as Ezu’s lady love in a traditional Punjabi suit. The colorful music video is a sweet romance that is refreshing and peppy! ‘Pyar Karda’ is a fun track that will have you swaying, just check out the video for yourself!