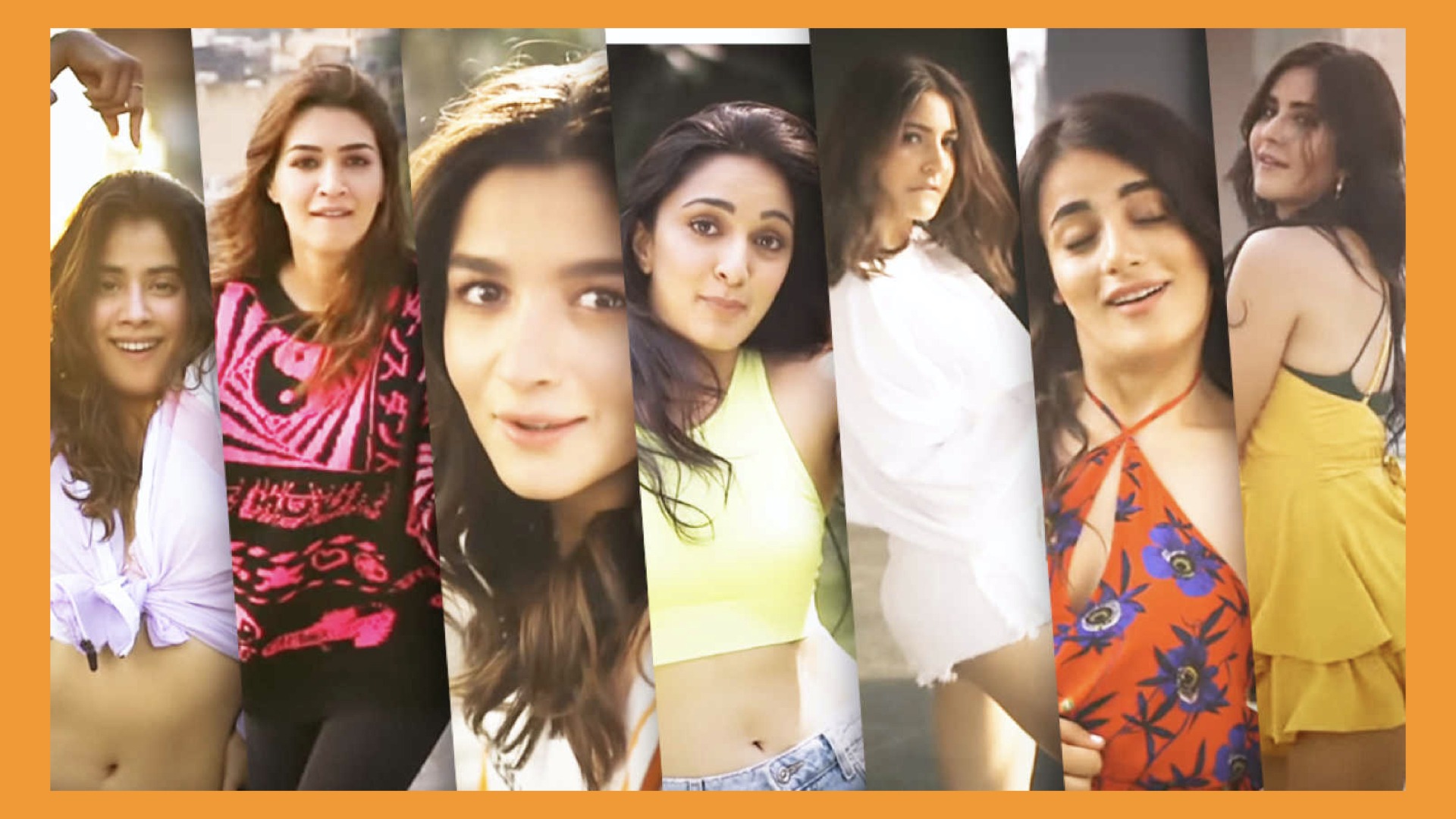 The new song from “Angrezi Medium,” ‘Kudi Nu Nachne De,’ dropped online yesterday and it features a bevy of Bollywood beauties letting their hair down and dancing like no one’s watching. The music video stars Anushka Sharma, Katrina Kaif, Alia Bhatt, Janhvi Kapoor, Ananya Panday, Kriti Sanon, Kiara Advani, and Radhika Madan. This is the perfect #WomensWeek treat for all! Watch it and we are sure you would love to join these ladies!

‘Kudi Nu Nachne De’ is a peppy track that celebrates womanhood and is sung by Vishal Dadlani and Sachin-Jigar. The lyrics have been written by Priya Saraiya, with music by composer duo Sachin-Jigar.

Homi Adajania, director of the film, said he was overwhelmed with the gesture by all these actors.

“The Angrezi Medium journey has been unlike anything I’ve experienced. It’s been made with so much love and positivity and this video takes the spirit ahead. It’s a glimpse of what love and positivity looks like. These are beautiful people who gave us time with little notice, selflessly pitched in and I love them for this,” he said in a statement in Mumbai.

“Angrezi Medium” is Irrfan Khan’s first film after being diagnosed with neuroendocrine tumors. He was last seen in the 2018 film “Karwaan,” co-starring Dulquer Salmaan and Mithila Palkar.