Our love for ‘Mira, Royal Detective’ continues and we are sure most of you must have enjoyed yesterday’s episode on Disney! And while everyone has been raving about Queen Shanti and Mira, we got a chance to sit down with the mischievous lot – Manish and Poonam aka Parvesh Cheena and Sonal Shah.

Parvesh Cheena is best known for playing Gupta on NBC’s sitcom ‘Outsourced’ and has appeared in “The Goldbergs,” “Crazy Ex-Girlfriend” and countless television commercials. His television voiceover credits include voicing the Transformer Blades on “Transformers: Rescue Bots” and voicing the recurring role of Bodhi in Disney Junior’s ‘T.O.T.S.’ Originally from Naperville, Illinois, he is a musical theater graduate from the Chicago College of Performing Arts at Roosevelt University in Downtown Chicago. He currently resides in Los Angeles.

Sonal Shah is best known for playing Dr. Sonja “Sunny” Dey in the final season of ‘Scrubs.’ Her additional credits including ‘Superstore,’ ‘New Girl,’ ‘Spaced Out,’ ‘Better Things,’ and ‘Transparent,’ as well as countless theater productions in Chicago and Los Angeles. She is a native of Wheaton, Illinois. She earned her Bachelor of Arts in Theatre from Loyola University, graduated from The Second City Conservatory, and studied with the Moscow Art Theatre School at Harvard, The Groundlings and Improv Olympic and also currently resides in Los Angeles. 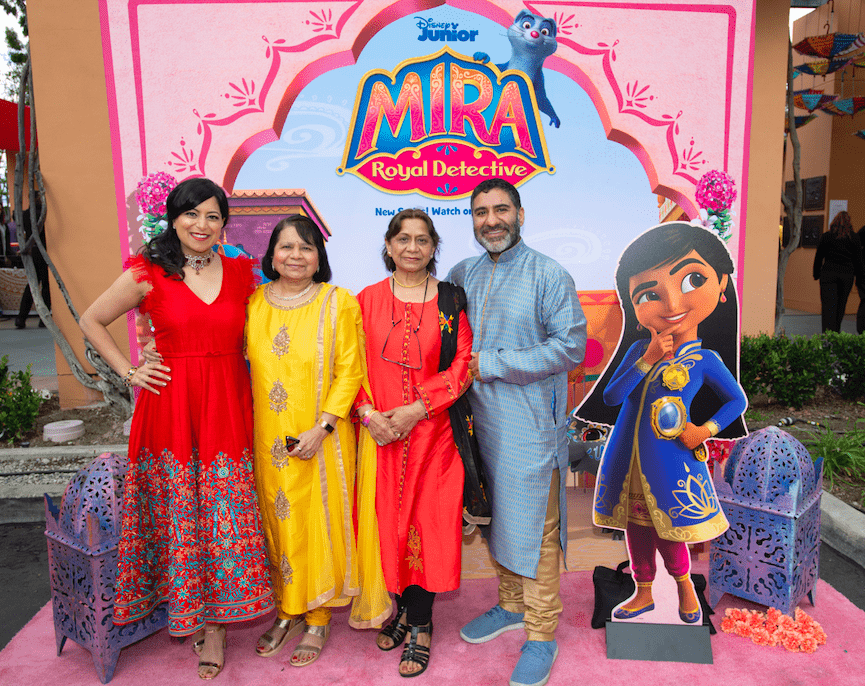 Check out our exclusive interview with Parvesh Cheena and Sonal Shah.

DissDash: What makes this show so special for you?

Sonal Shah: First of all, this show is so special because it is about South Asian representation in such a beautiful and authentic way, with the storytelling, the music, food, language, dance, everything! Second, working with Sascha Paladino, Becca Topol, and the entire team, they are so smart and geniuses in telling these stories. And also having the opportunity of working with fiends like Parvesh, and so many other people of South Asian heritage. Also just the fact that the show is so universal in that it follows this young brave confident girl and she is leading with her heart and helping her people, her friends, and family and she is doing it out of kindness and love and that is something I think people from every background can be inspired by. So to be a part of something like that, that’s so powerful and special to me, it’s really everything I want.

Parvesh Cheena: The biggest thing that I think about this show is that I wish this kind of work had been around when I was a kid in the ’80s. While I was growing up, there was this huge identity issue, like – am I Indian, am I white, am I Chicago, am I Delhiite, that in the States is like the biggest thing. With ‘Mira, Royal Detective’ not just South Asian kids, but all kids will see different kids on television – they will see a little Sikh kid and be like ‘oh! that looks like my friend Gurpreet in preschool.’ All of this representation matters at such a young age and the parents who get to watch these shows too will be like wow my kids get to see the stuff that I didn’t have. We are our cultural ambassadors everywhere we go. And kids are so hip and smart these days, and this show treats them as the suave sophisticated kids that they are. The writers have done such a great job showing them as confident, smart, good-natured kids.

Shah: There is so much joy in terms of the culture but also the characters themselves and they are all leading with their hearts, except for us, we are not! 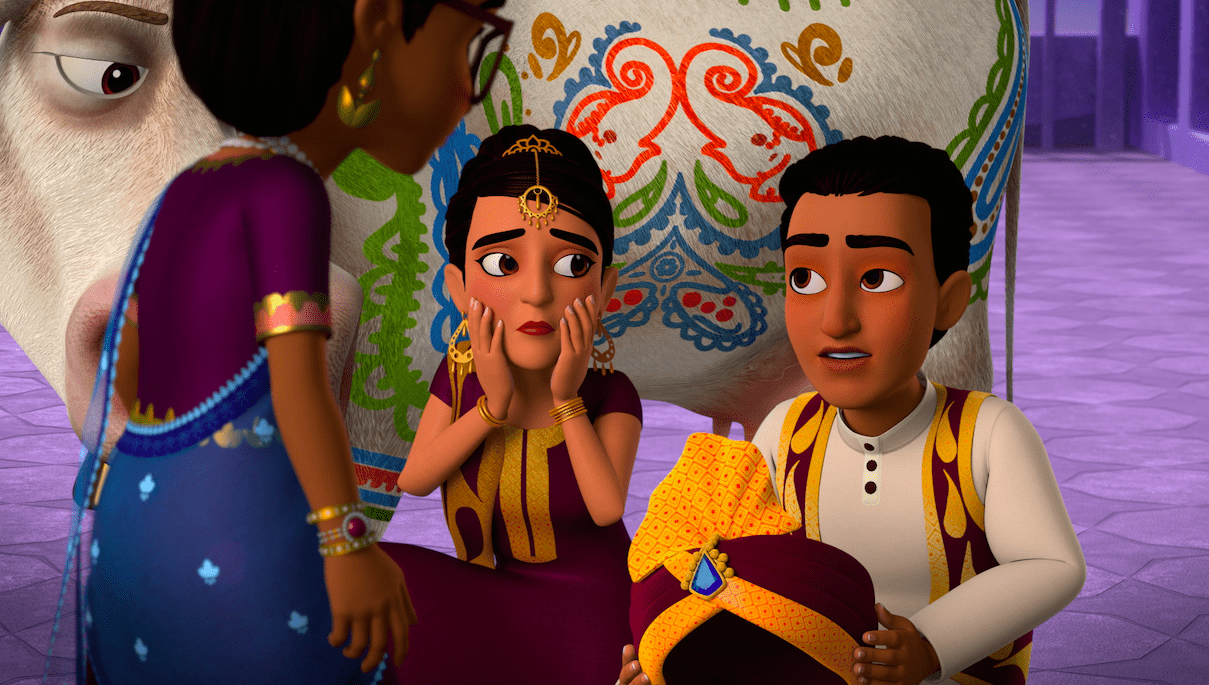 DissDash: Could you talk to us more about Manish and Poonam?

Cheena: We are just the misunderstood characters in the show! We are bandits. Manish just listens to his very strong-willed, opinionated friend Poonam. She is always like we are going there, we will eat this and so on.

Shah: We represent the antagonist to Meera. We are the obstacles. Poonam thinks that she is the leader among the two of them, and she thinks that she is the smarter one, but she is clearly not. And they always get caught but she definitely tries to control Manish and tell him what to do and he is always upset that he ruined it so we are just bumbling bandits and we are really bad at it, and we are so bad at stealing.

Cheena: They are just mischievous and naughty and they are making poor choices and the wonderful thing about this show is that there is no evil, it’s just that if you make the wrong choice you will have to go to time-out with Deputy Usha.

Shah: And Deputy Usha is a cow and what’s interesting is that the cow is sacred in India and I think it depicts that in the show. 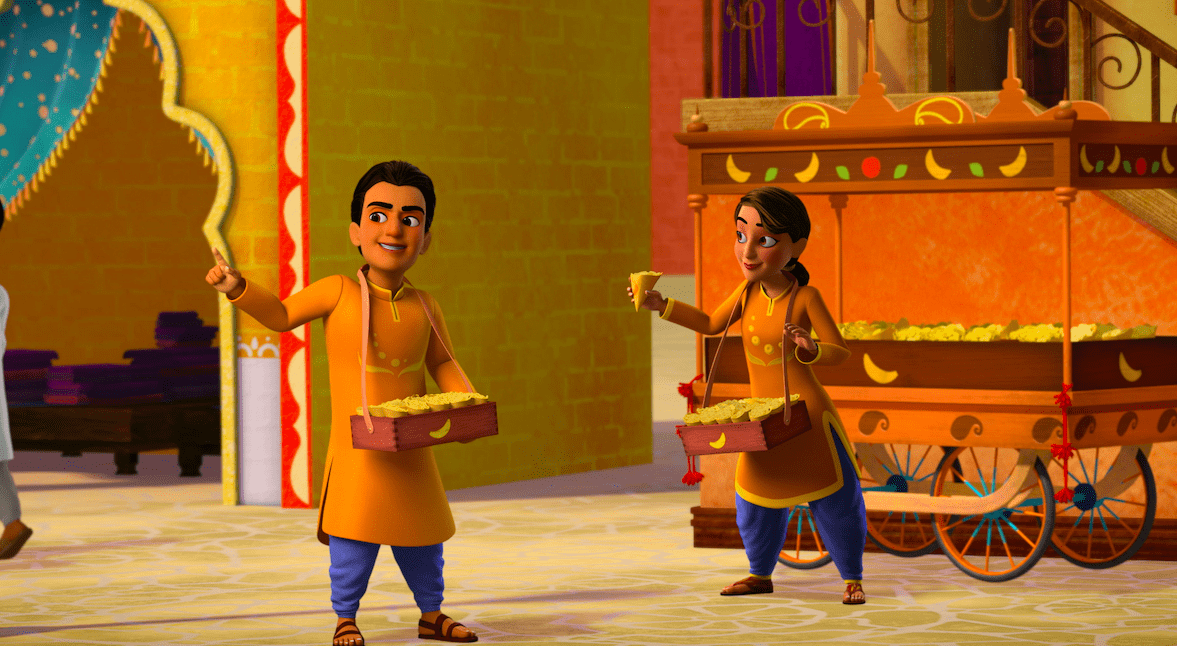 DissDash: Did you guys have any special training for this show?

Cheena: For the show, I pick a voice that was easier for me to remember. I picked up something close to myself that I could tap into for Manish who is annoying, and mischievous and I chose the nasal tone because it is very close to my original voice.

Shah: For me, it was more the effect of collaboration – so while we were recording with Leela Ladnier, Freida Pinto, Hannah Simone and the rest of the team, I was like how’s this voice? And taking into consideration Poonam’s age and character, it just fell in place. 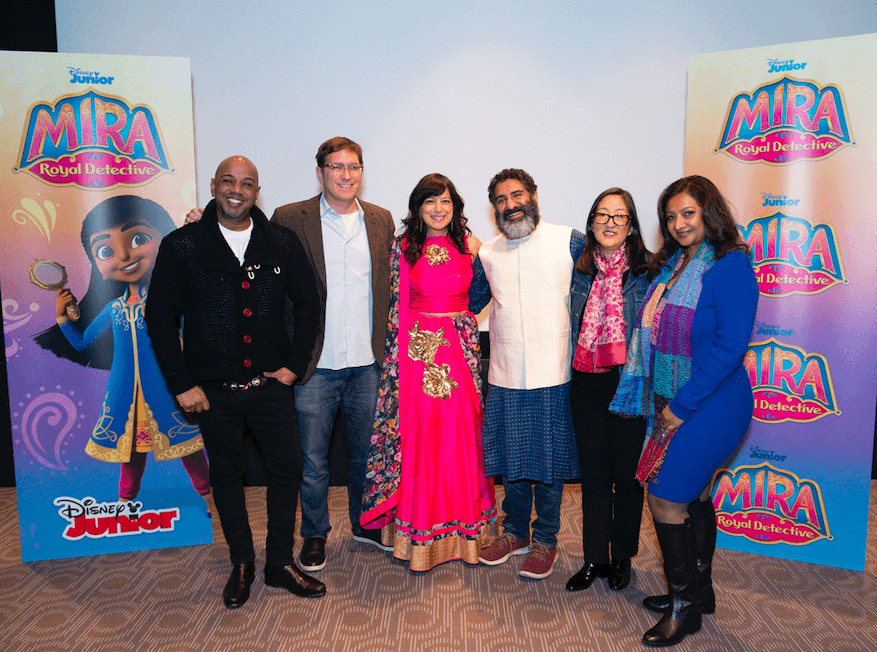 DissDash: What were some of the challenges that you guys experienced?

Cheena: I think the biggest problem for me was that the directors and producers kind of got annoyed when we are taking with all our friends in the waiting room before and after our recording, that’s frankly all that I have got yelled at for. This is such a fun project because so many of us know each other from let alone working together or auditions, but we are actually just friends – like Sonal is literally one of my best friends in the world. My hardest problem is that I forget that it’s work. I treat it like I am going to a party.

Shah: Totally, it just feels like every recording is our social time, so it’s really fun. To be honest you can actually feel it when you watch the show, the collaboration, the community, the love.

Cheena:  As the show is specifically geared towards kids and families, no longer is so much of our culture like the other or a wired thing now. Kids all over will grow up watching ‘Mira, Royal Detective’ and will now recognize a samosa for what it is!