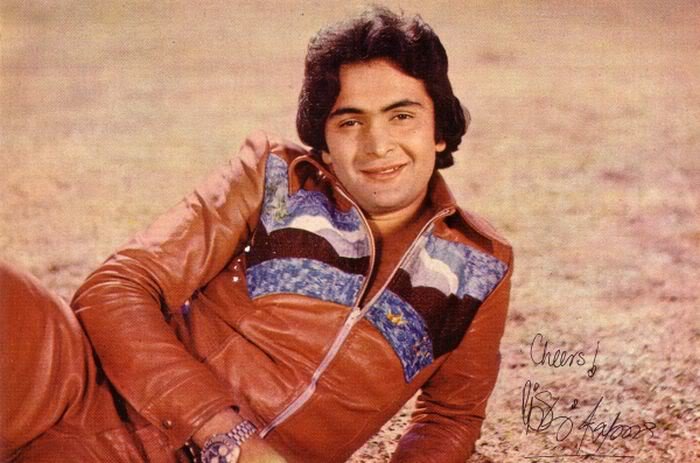 Rishi Kapoor “would like to be remembered with a smile and not with tears,” his family said in a statement released after the actor’s death on the morning of April 30th. Mr. Kapoor, 67, waged a two-year battle against cancer. Star of films such as “Amar Akbar Anthony” and “Karz,” Rishi Kapoor was a much-loved member of the film fraternity, as much for his sense of humor and zest for life as for his talent. He remained his jovial self till the very end, Mr. Kapoor’s family revealed, “doctors and medical staff at the hospital said he kept them entertained to the last.”

The nostalgia weighs heavy, yet a smile touches our lips every time we think of the legendary Rishi Kapoor. Here is a list of our favorite songs featuring him and we are sure you will love them too!

In his debut movie, “Bobby,” the original chocolate boy of Bollywood won over the hearts of all and proved that he would always step up to continue the legacy of the Kapoor dynasty.

Rishi Kapoor and Padmini Kohlapure started their journey as a hitmaker couple with this movie. This typical rich boy poor girl story became the baseline for many other future movies.

This movie brought together the triple force of Rishi Kapoor, Amitabh Bachchan, and Vinod Khanna to the delight of the audience and this is perhaps one of the most iconic songs from that time. He played his role as the lovable Muslim boy Akbar – the boy next door and quintessential Bollywood lover!

Another famous song from the movie that boasted of religious unity and love above all and of course the power of divine intervention.

This was the love anthem of that generation. “Karz” was the movie that saw Rishi Kapoor in a vengeful avatar and a story that remained with the audience for a long time.

This Rishi Kapoor and Neetu Singh song was an instant hit and jolly couple became the teen love icon in India. They gave some fabulous performances which their fans just loved.

This song was brought to life with subtle expressions and casual candour. In the era of behind the scene love stories, he was an actor who could express every emotion with ease.

Long before mutant movies became a rage, Rishi Kapoor and Sridevi had made the human to snake transformation movies a cult in India.

This song has been remade many times over the years, but you still cannot beat the original and love-filled song featuring Rishi Kapoor, Poonam Dhillon, and Tina Munim.

The original love icons from the Yash Raj production house, Rishi Kapoor and Sridevi set the bar of love stories in Bollywood. Sadly with Rishi Kapoor gone, all the three leads actors of “Chandni” are now gone.