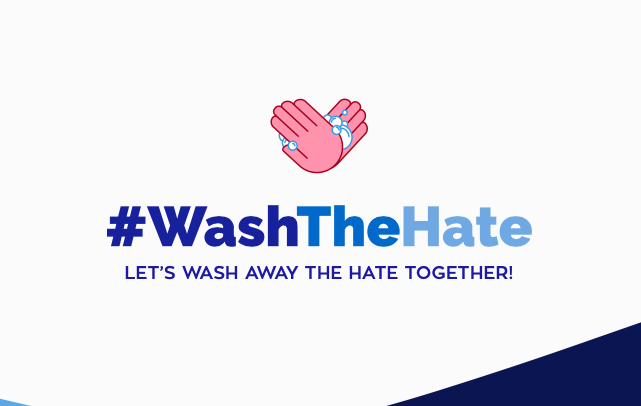 As lockdown orders begin lifting across the United States, the Asian American community is not only concerned about protecting themselves from exposure to COVID-19 but also their physical safety. Since the outbreak of the virus, hate incidents against persons of Asian descent have surged throughout the country with reports of harassment, vandalism, and violent assaults. In March, the FBI assessed that hate crime incidents against Asian Americans would likely increase due to the spread of the virus and the assumption that certain individuals may associate COVID-19 with the Asian American community.

To help combat the rise in anti-Asian bigotry, Asian American celebrities from film and television have teamed up with #WashTheHate, a social media campaign addressing COVID-related discrimination, to launch a national public service announcement timed with the reopening of the country. The 30-second black-and-white spot features the talent imploring viewers to empathize with victims of recent hate incidents and calling for unity across all communities. The spot will roll out nationally throughout the month. For more information, visit www.washthehate.com.

The celebrities featured in the PSA are:

Due to the nationwide quarantine and social distancing restrictions, each of the PSA participants shot their portion of the spot in their homes using nothing but their smartphones. The self-shot footage was then compiled, edited, and transformed into the final product by Asian American communications agency IW Group, creators of #WashTheHate. To promote the PSA and social media campaign, #WashTheHate organizers and participants have embarked on a virtual speaking tour throughout Asian Pacific American Heritage Month.

“As someone who’s come face to face with COVID-related bigotry, I understand the concern that many Asian Americans feel as the country begins to reopen and we start stepping back into the world,” said Tzi Ma, who experienced a racist encounter outside a supermarket near his home at the start of the outbreak. “We hope this PSA allows the public to see this situation from a different perspective while underscoring the need for solidarity during this critical time.”

“Throughout history, there’s been a tendency to single out and cast blame on certain groups of people during difficult times. We must be vigilant in preventing this from happening again, not only to our Asian American Pacific Islander community but to any community,” said Celia Au. “This PSA reinforces the need to stop bigotry and create solidarity so that we can all come out of this pandemic standing stronger than ever before.”

“A self-shot spot is usually the result of creative experimentation but, in this case, it was an absolute necessity,” said Telly Wong, Campaign Director of #WashTheHate and IW Group Chief Content Officer. “We needed to get this message out promptly, and this was the only way to do it. Our PSA was the result of a group of amazing individuals working together to address and elevate a serious concern within our community.”

United We Stand – Virtual Event For AAPI Against Bullying And Hate