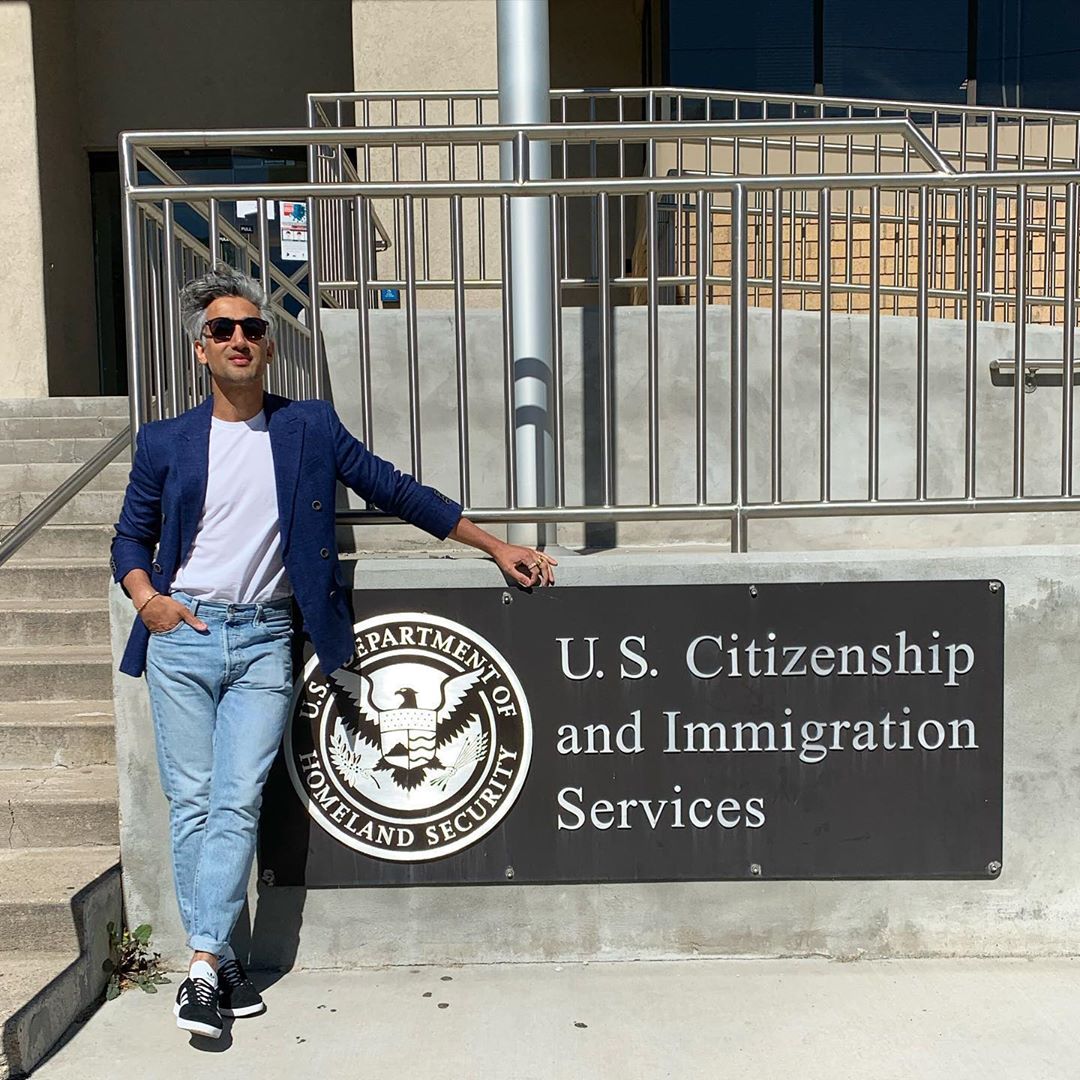 Fashion designer, reality star, author, and all-around phenomenal human, Tan France is finally here to stay! The Salt Lake City resident has officially become an American citizen and we are so much better for it.

The ‘Queer Eye’ star shared pictures of his swearing-in ceremony this week with the caption:

“A few minutes ago, I officially became a US citizen!! For me, this is monumental. It’s something I’ve been working towards for literally 20 years, which makes this all the more emotional.
And now, I will exercise my constitutional right as an American. Today, I will register to vote, and vote for the change I wish to see in OUR nation.” 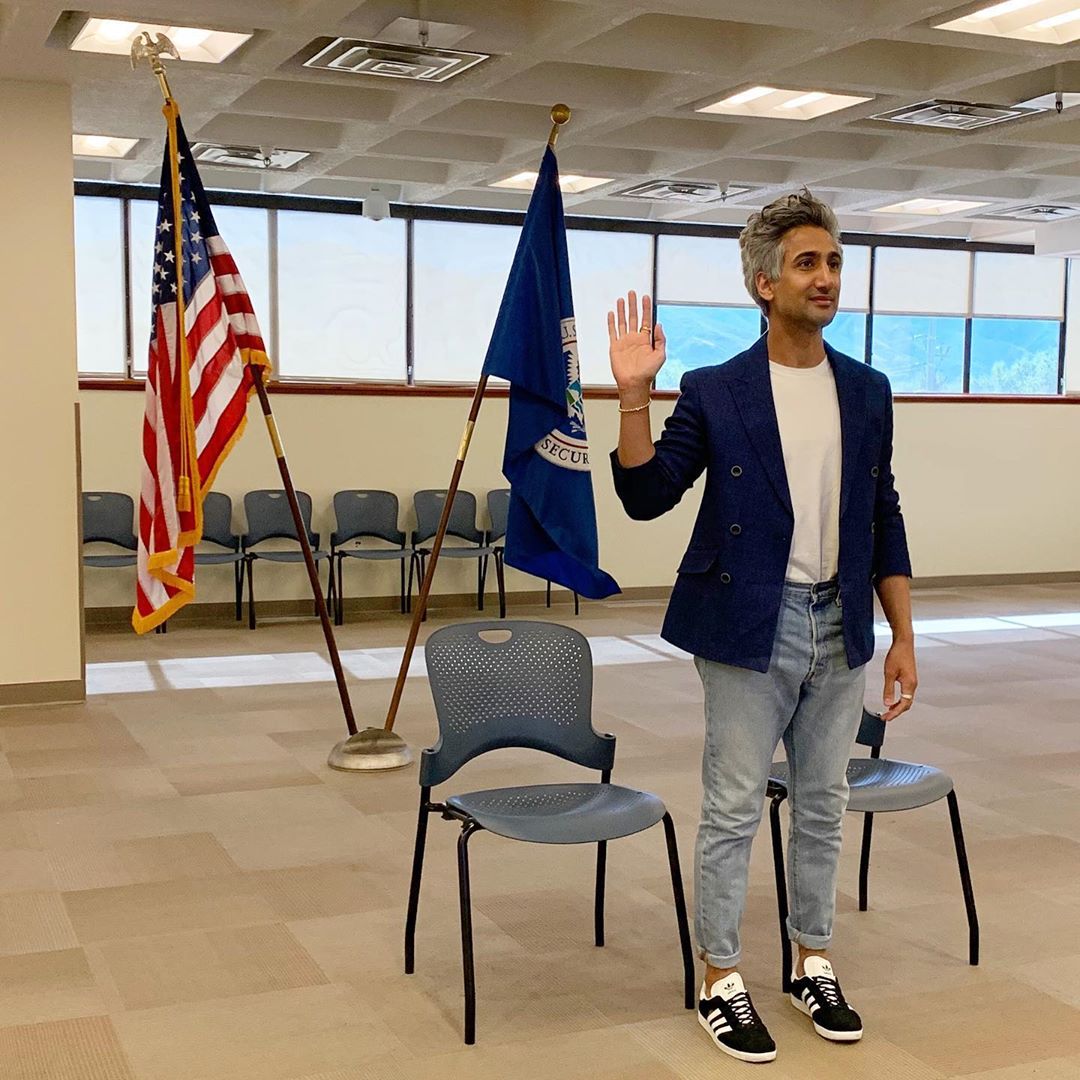 France has been living in America since the early 2000s, initially in New York City, and later moved to Salt Lake City, Utah with his husband Rob France, a pediatric nurse and illustrator. It is beautiful to see that his first move as an American is to use his influence to fight for change through voting. France has been vocal in standing up for LGBTQ+ rights as well as more recently, the Black Lives Movement. His ‘Queer Eye’ peers commented with love, support, and some teasing regarding his new dual status as an American and British citizen.

Jonathan Van Ness wrote “There is no word or phrase I have strong enough to say how happy, proud, strong you are I have no words strong enough. Love you so much.” 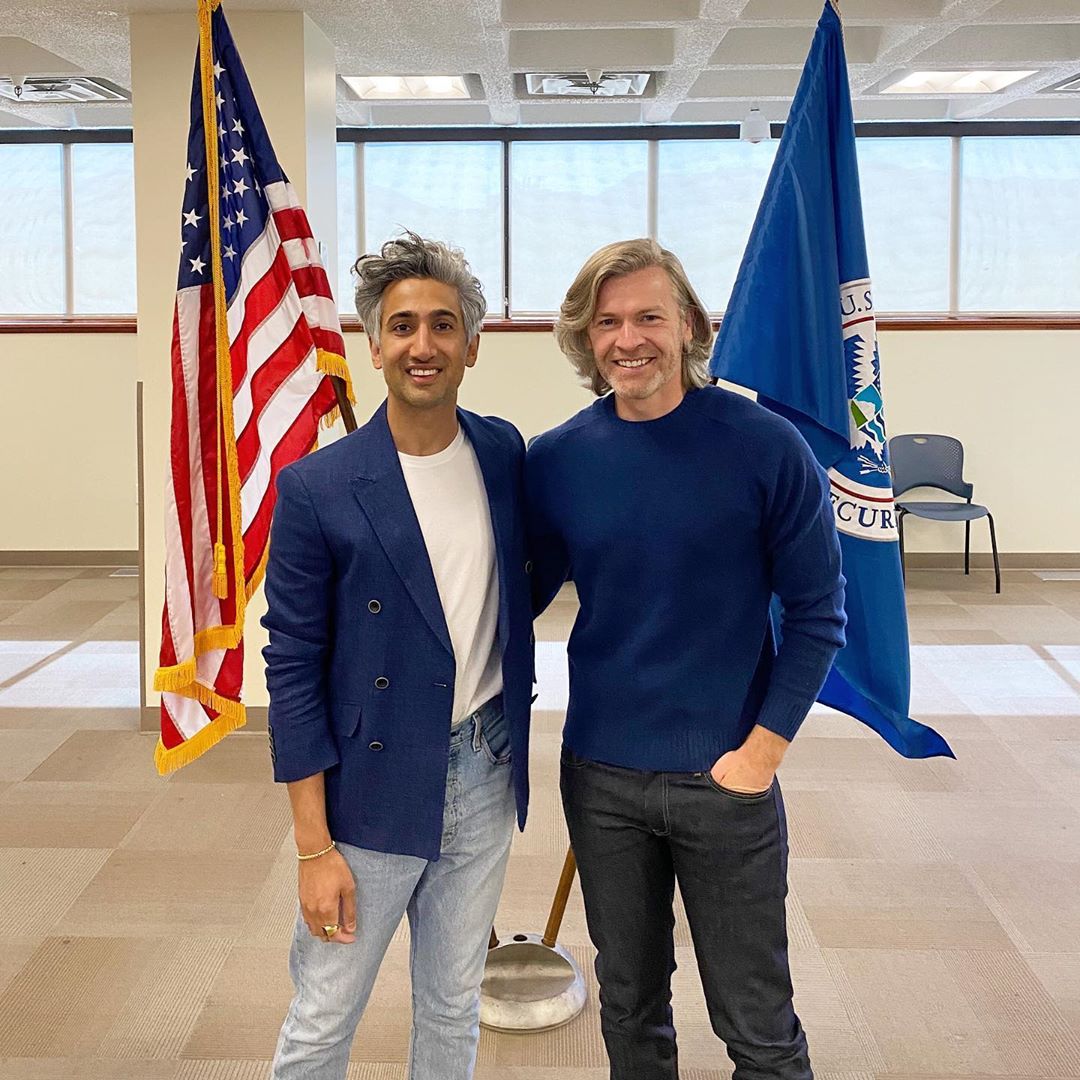 Other stars such as Adam Rippon, Joey King, Gigi Hadid, Courtney Cox, Ashley Benson, Mindy Kaling, Elizabeth Banks, and more commented on his post sharing in his joy. Even New York Congresswoman, Alexandria Ocasio-Cortez commented “Congratulations! 🎉 Our country is better with you as part of it 🇺🇸✨”

Tan France is one of the first openly gay South Asians in the media. He has always shared his struggle with his sexuality coming from a Pakistani British Muslim family. In his memoir, he writes that he didn’t grow up in a very religious home but it was still prominent at home with a negative emphasis on homosexuality. He struggled with physical and verbal racism throughout his life but this talented star has only let the obstacles in his life make him stronger.

France’s love of fashion began with the Disney garments that his grandfather used to make at his denim factory. He went on to study fashion in college and work for companies like Zara, Selfridges, Berksha, Shade Clothing, and Chanel. He later created his own company Kingdom & State and later Rachel Parchell Inc., both companies were successful and sold off.

France retired from the fashion industry but then Netflix’s ‘Queer Eye’ came calling and the fashion mogul turned reality star. His kindness, empathy, and genuine love won over fans instantly. He has appeared as a guest on numerous shows and was most recently co-hosting another Netflix show, ‘Next in Fashion’ alongside Alexa Chung.

If you’re in need of some France lovin’ be sure to check out the recently released season 5 of ‘Queer Eye’ on Netflix!