Normally, when siblings perform Carnatic Music, raga delineation is handled by one of the two siblings. World-renowned vocalists Srikrishna Mohan and Ramkumar Mohan, however, share all parts of the concerts including the improvisational bits in a way that one carries on from where the other left. This creates a rather unpredictable portrayal, which the two immensely enjoy as much as their audiences and critics. Popularly known as the Trichur Brothers, they belong to Thrissur in Kerala, and are currently settled in Chennai. The duo is particularly well known for this unique style of raga delineation in which both brothers exchange phrases, long and short, in exploring the nuances of a raga. 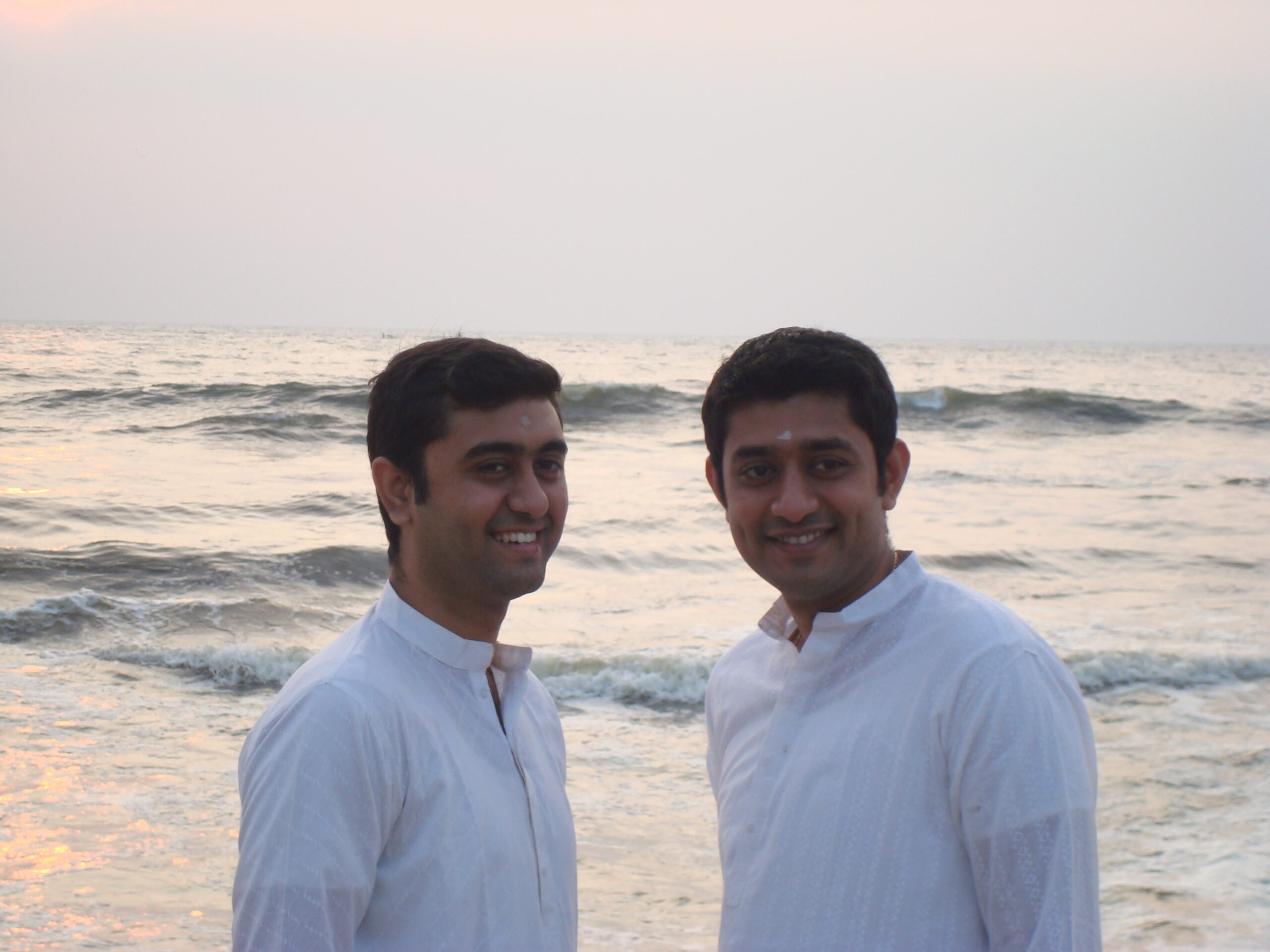 However, they say that there was never an intentional attempt to be different. “This is how we have been singing since childhood, and it just stuck,” they say. The duo has also adopted using some harmonics which when used in the right manner can create a meditative ambiance. “This, we believe is borne out of allowing music to take over and allowing one’s individuality to be dissolved in the greater power called music,” they add.

Academically, the two brothers are chartered accountants, who feel that it was music that enabled them to have the focus required to complete their CA course. The brothers grew up in a business family popularly known as the Sitaram group. Their grandfather was a well-known connoisseur of music and was instrumental in bringing a lot of Carnatic concerts to their hometown. Their father, veteran mridangam Vidwan Trichur R Mohan, was the first generation musician in the family. Due to their personal relationships with the family, almost all the doyens of Carnatic music have camped at their ancestral home—centrally located 20 minutes away from the famous Guruvayur temple.

In a home that was brimming with so many stalwarts at various points in time, it was but natural that music was always part of their immediate ambiance. The legends would often break into impromptu concerts. “We have subconsciously been a part of these magical moments as kids,” they say. Moreover, music classes were an important part of their formative years. Growing up in a joint family, it was sometimes challenging for them as kids to sit through classes, while their other cousins were busy playing cricket. Further, there was no restriction on the genre of music the brothers listened to. Carnatic music with its myriad possibilities and depth immediately struck them, and they thank god for blessing them with extremely committed gurus who have groomed them for a life where their passion is also their profession.

While the Trichur Brothers continue to perform jugalbandhis as Carnatic musicians with Hindustani counterparts such as Jaytheerth Mevundi and Rakesh Chaurasia, they have also formed a contemporary fusion band called Anubhoothi. A platform to go beyond borders and boundaries and experiment with any form of music, the band consists of various instruments—guitars, keys, drums, percussions, folk instruments, and anything else that they feel is important to convey the emotion they want to through a particular composition. “We peep out of our core Carnatic avatar, both in renditions and arrangement,” they elaborate. The band is not genre-specific and fluctuates between multiple genres.

One of the band’s biggest productions so far has been the “Namami Gange anthem”, a project to clean up the Ganga. Responsible for composing and rendering the anthem as well as conceptualizing and directing its music video, the brothers presented the idea to the Government of India as a campaign anthem for the Prime Minister’s dream Clean Ganga project. The duo recalls when Modi spoke about the movement in his first interaction at the Madison Square. This struck a chord in their hearts, and they wanted to do something to contribute to the movement. The spark gave birth to the idea of a music video to show the Ganga in all her glory while highlighting how humanity in India has to start taking nature and water preservation more seriously. Launched by the National Mission for Clean Ganga in 2017, it is now the official anthem for the Clean Ganga movement. Another of their productions in a similar vein is “Vande Bharathambe”, a salute to the Indian armed forces.

In 2018, the Trichur Brothers also set up an online school portal that trains students in the ancient and classical art form of Carnatic music, irrespective of their geographical locations or time zones. During one of their trips abroad, the brothers were told by several aspiring students that they were not being able to pursue the art form because of locational or timing constraints. That was how they thought of the idea of starting the Trichur Brothers Online School of Music. Its classes are held on a one-to-one basis, and ensure that Carnatic music is accessible to anyone in the world. 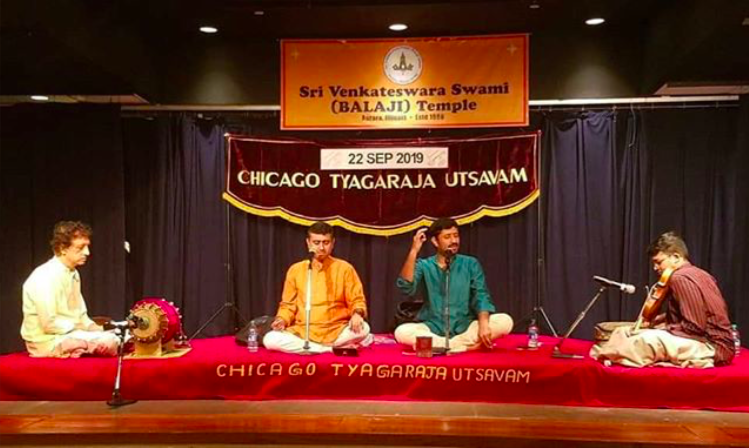 The brothers always seem to have a packed schedule. In September last year, they had a US tour as well as a Doha tour, apart from multiple concerts within the country. In December, it was time for the famed Margazhi season in Chennai. Apart from that, they also have about four or five albums and two or three productions in the pipeline, which will be out soon.

This Quarantine Inspired Art By Rames Harikrishnasamy Will Make Your Day