Women’s Writings from India, Pakistan and Bangladesh: The Worlds of Bangla and Urdu (Bloomsbury India, 2019) is an anthology of stories and poems by women writers from the subcontinent’s three countries. Put together by Rakhshanda Jalil and Debjani Sengupta, the subjects in the book cover a range of issues from poverty, gender-based segregation, sexual violence, female foeticide, and the skewered sex ratio.

Neha Kirpal spoke to Debjani Sengupta, Associate Professor in the Department of English and Indraprastha College for Women, New Delhi, India about the idea behind the book.

DissDash: What are some of the contemporary works in Bangla and Urdu literature by women in your book Women’s Writings from India, Pakistan and Bangladesh. What makes these stories significant, and why did they interest you?

Debjani Sengupta: This volume showcases the writings of some wonderful wordsmiths whose craft and contemporary relevance astounded us. The stories and poems in Bangla have a luminosity and depth that are unmistakable. They reflect with daring accuracy the realities of the subcontinent. The stories are not just about women’s lives but their understanding of the world at large and how that world impinges on them. Writers have been chosen with care, especially some who are unknown in the English metropolitan literary spheres. 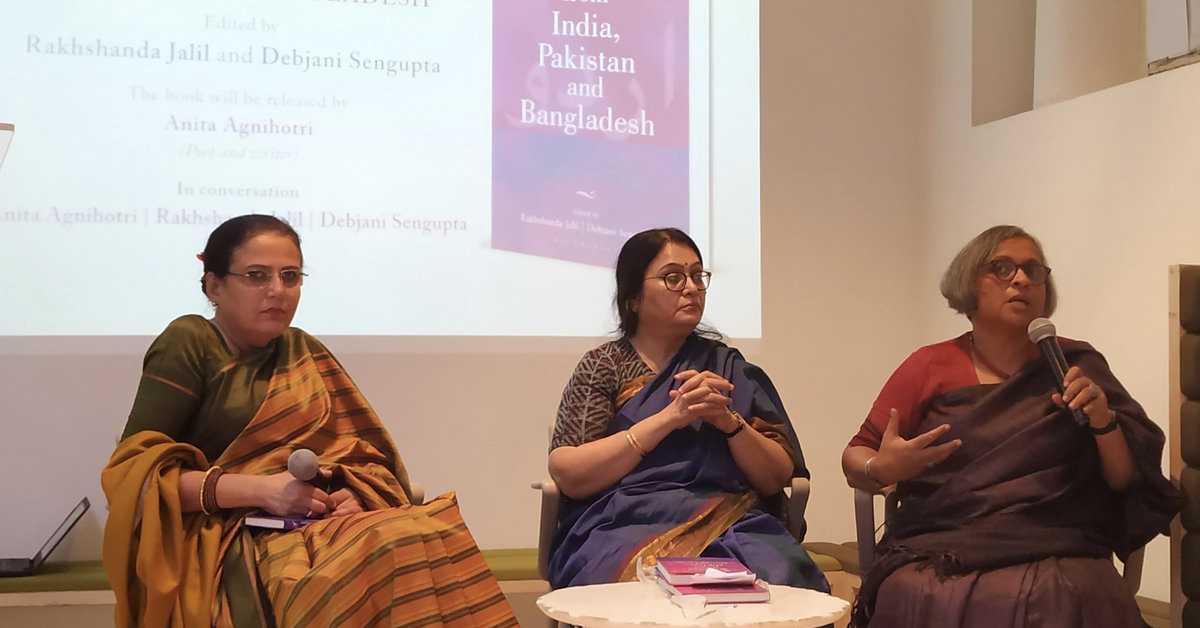 DissDash: The book raises issues of language, identity, nationhood, and varied aspects of feminism and women’s writings in the Indian subcontinent. Please share details of what you uncovered during your research and compilation.

Sengupta: Many stories and poems in the Bangla section are topical as well as socially and politically charged. Dalit feminist writings from West Bengal are virtually unknown outside the state and two such writers have been represented in the Bangla section. Similarly, farmer suicide is the subject matter of a poem by Anita Agnihotri that touches upon the idea of marginality and labor within the nation.

DissDash: What prompted you to put together this anthology?

Sengupta: We wanted to see how Urdu and Bangla speak to each other since these two languages have lives outside the Indian nation-state.

DissDash: What process did you use to collect and select the stories for this volume?

Sengupta: The stories and poems were collected mainly on individual literary readings.

DissDash: What are some of your personal favorite stories or favorite authors from the book?

DissDash: Despite boundaries and hostile relationships between governments, did you find some common themes that were present from authors from different countries?

Sengupta: It is not surprising that women’s voices are not just about what happens to themselves but about the world they inhabit. That was a common theme in many of the pieces.