South Asian teens and let’s face it 30-somethings too, have been obsessed with Mindy Kaling’s teen comedy-drama ‘Never Have I Ever’ on Netflix featuring Maitreyi Ramakrishnan, Poorna Jagannathan, and Sendhil Ramamurthy. The show garnered over 40 million views within the first 4 weeks. How insane is that? 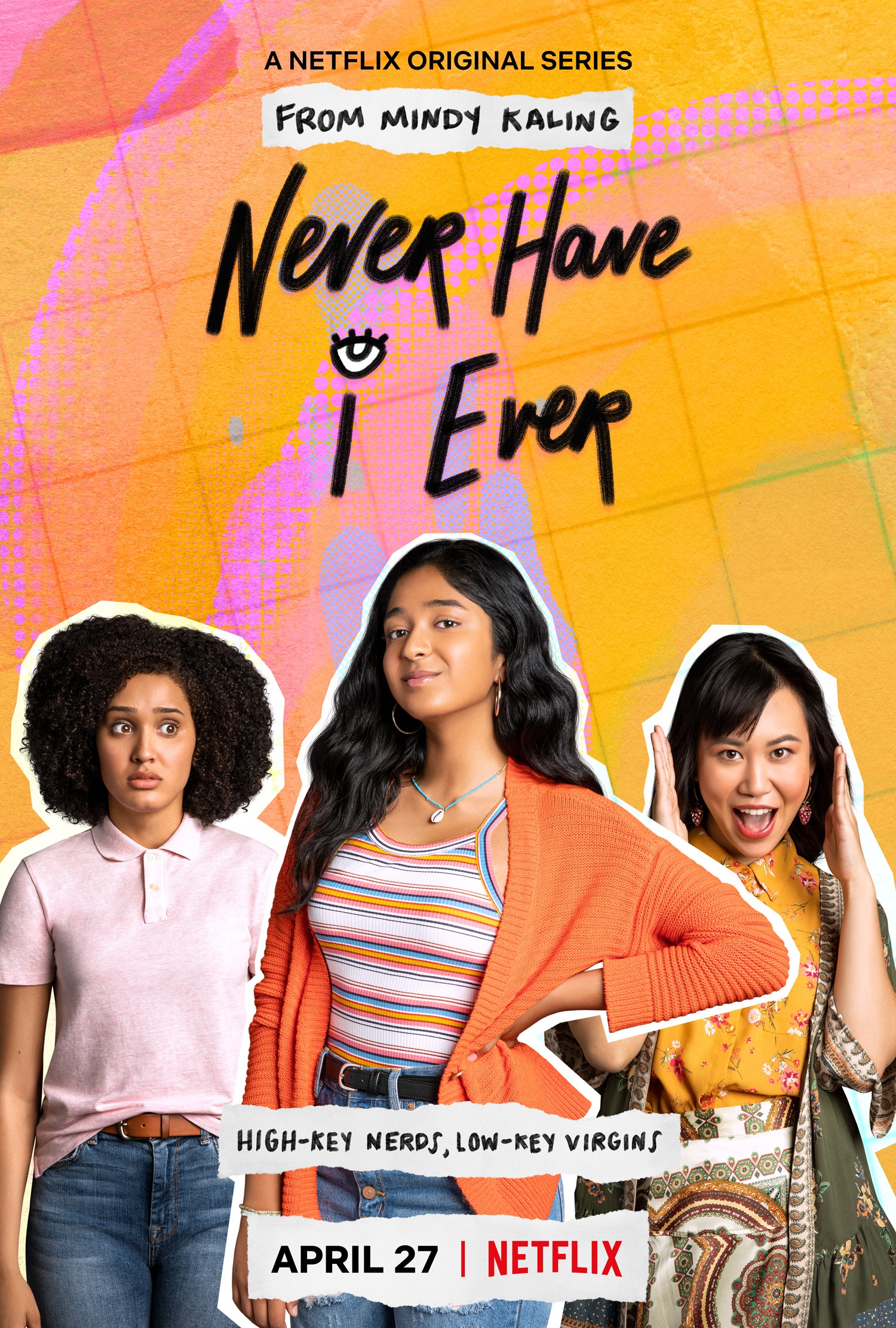 Oddly enough, a show with such rapidly increasing international popularity was not on the list for an Emmy nomination. Kaling responded to fans asking the same by stating that some may find the show “too ethnic or niche.”

Thanks! We love our #neverhaveiever cast, are so proud of the reviews and the 40+ million people who watched and loved it worldwide. Sometimes a show like ours will always seem ethnic or niche to a certain group of people. ❤️@loulielang https://t.co/trMd4zeFbb

Not to fret, we’ve still got season 2 to look forward to!

In case you’ve been hiding under your bed this quarantine, here’s the 411. Maitreyi Ramakrishnan plays 15-year-old Devi Vishwakumar, a first-generation Indian American teen that’s just trying to stop being a dork in high school. She dives into “how to be cool” for sophomore year and focuses on getting a boyfriend as a way to avoid her real issues, the sudden death of her father, the parent who actually understood her.

Devi struggles with all the problems of a normal teen, boys, friends, sex, keeping her grades up, bullying, and more with a touch of crazy desi mom, arranged marriages, and gossiping aunties thrown in. Oh, and of course, someone thinking she’s princess Jasmine just because she’s a brown girl in a lehenga. It genuinely is relatable to anyone of any culture or background growing up in America.

Aside from the storyline, the diverse casting is phenomenal with even a hunky Asian lead played by Darren Barnet, something we rarely see. Though Barnet is only 1/4 Japanese in real life, he plays a half-Japanese character on the show. Barnet along with Ramakrishnan and the rest of the cast is so amazing at what they do.

Maitreyi Ramakrishnan is a brilliant actress and fans are loving her down to earth nature. She is wise beyond her years and such a natural. The young starlet gathered the entire cast for a zoom call to announce her new bangs and the green light for season 2 in this adorable video!

A post shared by Never Have I Ever (@neverhaveiever)

We’re still unclear about the plot in season 2 but Ramakrishnan has previously stated that she would love to have Kaling join the show as the “cool aunt” who “enables Devi,” but that is yet to be seen if Kaling will ever make an appearance. Let’s hope season 2 is just as exciting as the first one has been.