Belonging to a creative family naturally helps explain how genes work. Film director Rama Pandey has some illustrious relatives – her four siblings are all well-known names in their fields – actress and singer Ila Arun, advertising stalwart Piyush Pandey, AD-man Prasoon Pandey, and author Tripti Pandey. Founder of Rama Theatre Natya Vidya (RATNAV) and Montage Films, Rama Pandey was born and brought up in Jaipur, where she started her career as a child artiste.

She has played the role of a lead actress in many popular plays. Apart from Doordarshan and Aakashwani, she was associated and worked with BBC Hindi, Voice of America, CBC Canada, and Radio Netherland TV Centre Holland. For her contribution to the field of theatre and television, she has won many national and international awards. We spoke to her about the powerful messages that she has conveyed over the years – whether through her memorable plays, documentaries, telefilms, TV shows, or books.

DissDash: Tell us about your roles in popular plays such as “Shatranj Ke Mohre,” “Ashar Ka Ek Din,” “Bhumija,” “Kanchanrang,” “Jasma Odan,” and “Shuturmurg,” etc. Which one was most impactful and memorable for you?

Rama Pandey: I have loved all my roles. Every time I was enacting on stage, the role took over me and I became a new Rama. I have always lived my roles, not just acted them. The most memorable plays were “Kanchanrang” and “Shatranj Ke Mohre.” But in recent history, there was “Thakur Zalim Singh” where I played the old guard puppet women from the Kathputli colony. And of course, I totally adore being the sutradhaar (host) of “Lallan Ms.”

DissDash: What was the process that led to the production, and what did you hope to achieve through the documentaries, telefilms, and TV shows you have written, produced and directed for Doordarshan and various central and state ministries, PSUs, universities, and other organizations, especially, the women-specific ones?

Pandey: All my shows, documentaries, telefilms, and serials have been written, produced, and directed by me, including some of the award winners. I have produced 1,500 documentaries for Doordarshan and my channel, as well as, made programs specific to certain ministries in India, such as Sankalp for the Ministry of Social Justice and Empowerment, Ayurvigyan and brain surgery at AIIMS for the Ministry of Health as well as the Bravery awards and the ‘Suno Kahani’ serial.

DissDash: Who or what was the inspiration behind the books you have written on women and children, such as ‘Begum Bano Aur Khatoon,’ ‘Faisle,’ and ‘Suno Kahani?’

Pandey: All my books are dedicated to the women and children of India. I chose my subjects keeping in mind the vacuum existing on these moral topics as good books for children and to boost the morale of Muslim women and share stories of successful Muslim women who had the guts to stand for their beliefs – whether they were sweepers or collectors. My inspirations were my son and the condition of Muslim women in the north. 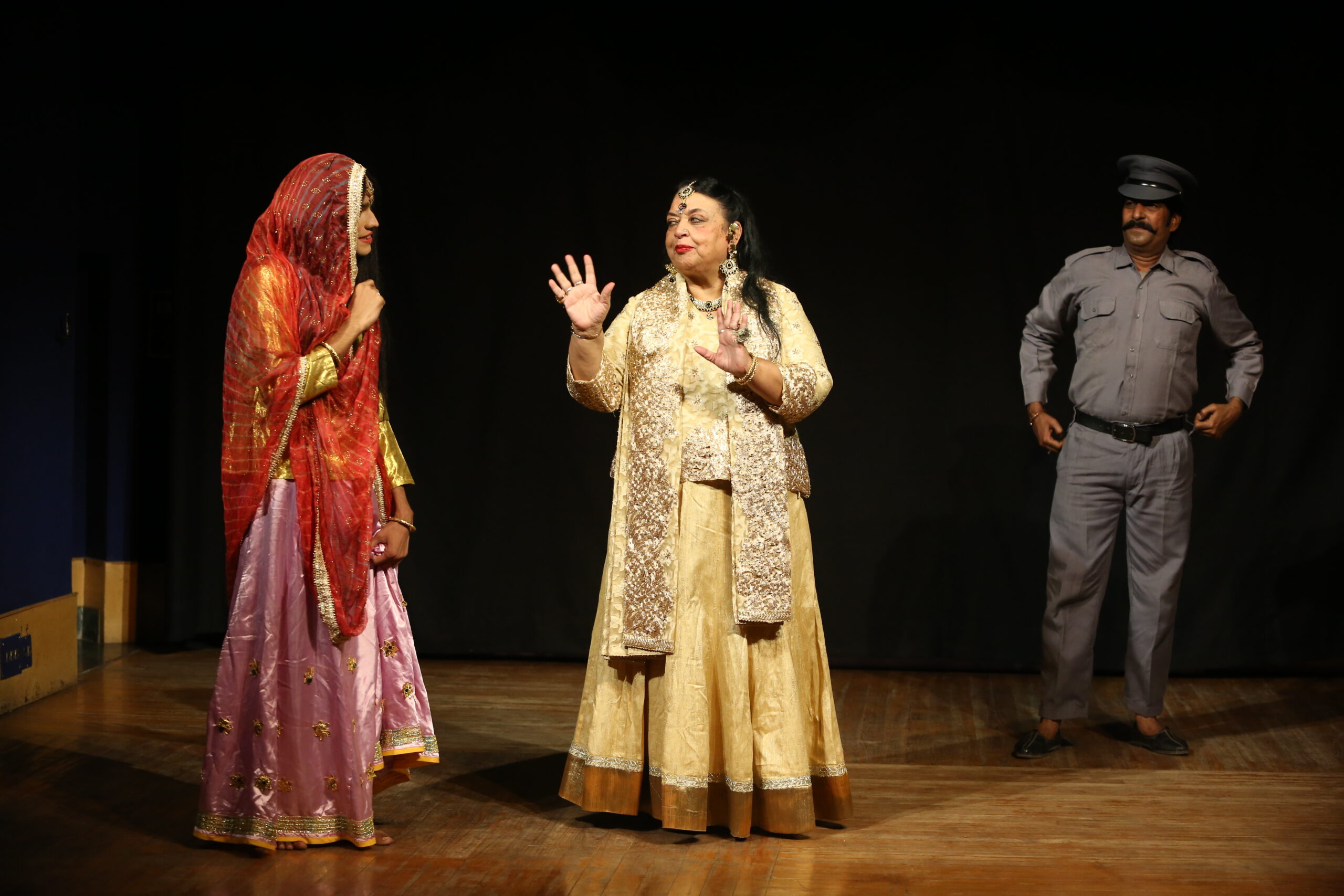 DissDash: Your recent play, Lallan Ms., is about the real-life struggle of a 44-year-old transgender person, Rajkumari, who shattered the walls of social prejudices and built a school for children of their slums to shape a better future for them. What would you want your audience to take away from the play?

Pandey: I would want viewers of the play to start respecting transgender persons and accept them as an integral part of society. Don’t disrespect or discard them. Don’t ridicule or mock them. They are certainly not the children of any lesser God.

DissDash: What is your life’s motto?