Pakistani singer Bilal Saeed has dropped a new single titled ‘Qubool’ directed by and starring Saba Qamar, and the soft ballad is our Tune-in-Tuesdays for the week!

The single tells a love story full of teasing and surprises. A lovely Saba Qamar is seen pining for some attention from her husband, Saeed but it seems he’s too busy. Little does she know that all of his suspicious behavior is just a whole lot of teasing.

Though the music video is quite innocent and simplistic, there was quite the controversy before its release. Qamar and Saeed shot parts of the music video in Lahore’s Wazir Khan Mosque, the scene depicted the nikkah of the couple. A video clip of that scene was leaked and many were offended, citing it was blasphemy to shoot a music video at a mosque as people believe that music and dancing took place within the mosque. 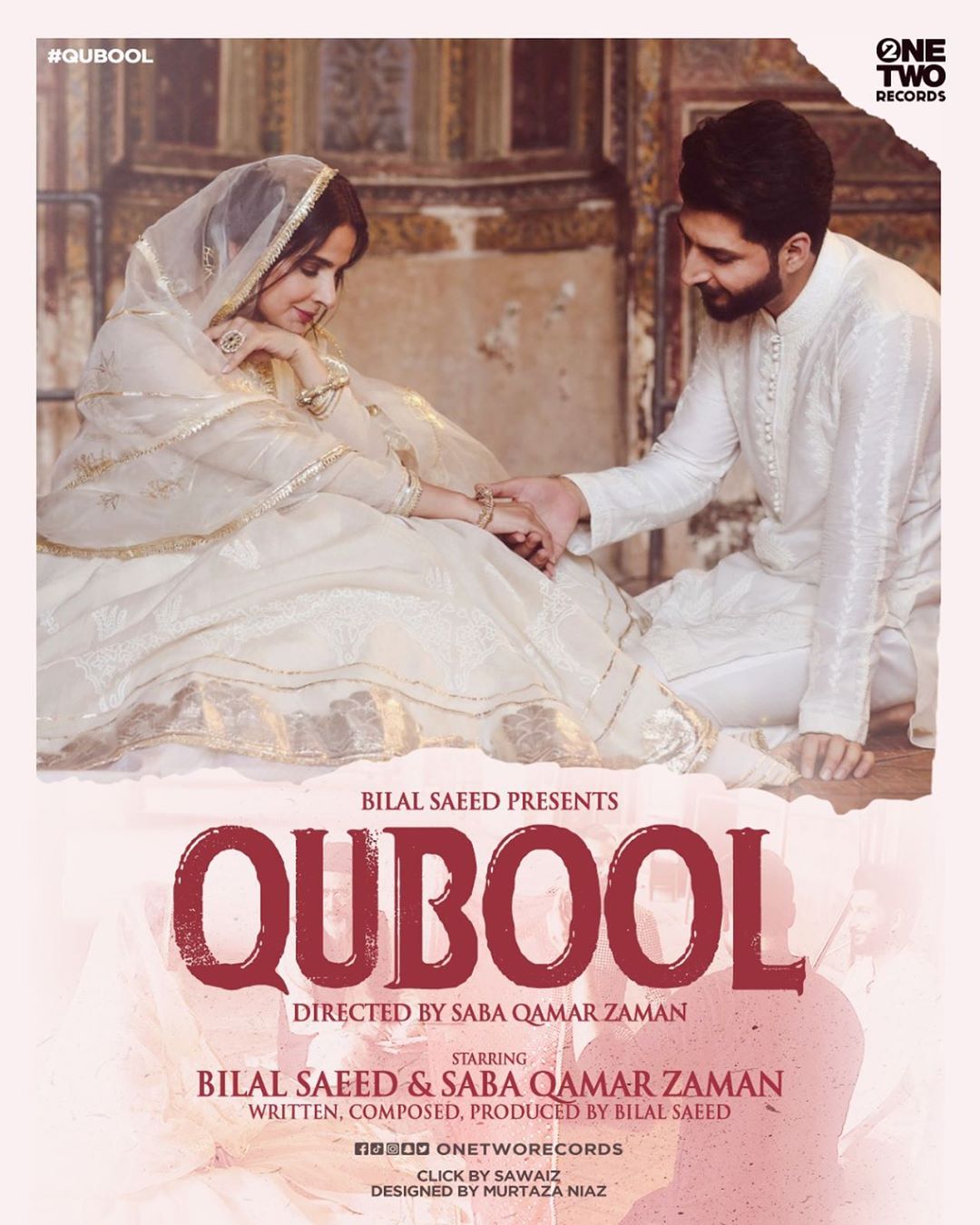 An FIR was filed against both the stars and both have openly apologized for unknowingly hurting the sentiments of their fans. Saeed also cleared the misunderstanding that music and dancing occurred in the mosque. He stated in a public message that those sequences were shot as a photoshoot of a couple after their nikkah which is common practice in the mosque. The clip that was released was of Saeed twirling Qamar for a photo, which again, is common practice in nikkah photo shoots at the mosque, no music or dancing was involved.

Nevertheless, the show goes on and the single was released August 12th. The controversial scene was not included but the song and accompanying video are enchanting as is. Qamar and Saeed make an adorable pair in this music video. Qamar is a talented host and actress who has not only gained popularity in Pakistan but in Bollywood as well with her hit film “Hindi Medium” co-starring the legendary late actor, Irrfan Khan.

Saeed is a singer, songwriter, music producer, and composer who has found appreciation for his work in not only Pakistan but internationally as well. He has also worked on the soundtrack of Bollywood films such as “Baar Baar Dekho,” “Bazaar,” “Ishqedarriyan,” and the Punjabi film, “Daddy Cool Munde Fool.” He has acquired awards and nominations for awards in Pakistan, India, and Great Britain. Saeed is the only Pakistani to be nominated for a PTC Punjabi Music Award and BritAsia Awards. This artist is always creating magic so don’t forget to keep your eye on him!