‘Nothing To Lose’ (Harper Collins, 2020), a new authorized biography of Ma Anand Sheela brings out little known facets of an extraordinary woman and her powerful story. The book’s author, Toronto-based Manbeena Sandhu, works as an addictions counselor with the Canadian community.

In 1949, Sheela Ambalal Patel was the youngest of six children of a free-thinking and unconventional Baroda-based couple. She and her siblings were brought up as free birds and daredevils. When she was 16, she met for the first time the great revolutionary thinker and philosopher Acharya Rajneesh. Ever since she laid her eyes on him, she was completely mesmerized and hypnotized.

When Sheela was 18, she left for the US to pursue higher studies. Just before leaving, she attended another of the rebellious New Age guru’s lectures in Mumbai and cried herself to sleep that night. In New Jersey, she met her life partner Marc Silverman, who was unfortunately detected with cancer of the lymphatic system. The couple secretly married, and later informed her parents who were very happy and lauded her fearless decision. In 1972, when she visited India, she met Bhagwan Acharya Rajneesh once again. The visit made her realize that she wanted to become one of his disciples. When Marc visited India, he too met Bhagwan who invited them both for his meditation camp in Anandshila.

Soon, Bhagwan made both Sheela and Marc “sannyasins”, renaming them Ma Anand Sheela and Swami Prem Chinmaya. He also asked them to practice meditation in Pahalgam for three weeks and visit Jesus’ tomb in Srinagar. After returning to the US, the duo dyed all their clothes orange. Chinmaya’s parents, being orthodox Jews, didn’t easily approve of their new libertine lifestyle. During their next trip to India, however, they attended another meditation of Bhagwan Shree Rajneesh’s camps in Mount Abu. Bhagwan then asked them to leave the US and move to India, which they did in 1973, living in a community house with three other sannyasins.

Sheela and Chinmaya went on to stay at Bhagwan’s new Pune residence—a new lifestyle without inhibitions—‘couples sans frontiers’. ‘Nothing To Lose’ talks about how gradually, Sheela began working various roles at the Ashram—from fundraising to catering and chaperoning. Over time, Bhagwan’s infamous ‘Sex Guru’ image became rather controversial and started attracting a lot of negative attention in the press.

‘Nothing To Lose’ brings us next to 1980 when Chinmaya died, and Sheela was determined to pick up the pieces of her life and move on. Shortly afterward, she got married to another fellow sannyasin, Swami Prem Jayananda. In 1981, Sheela became the secretary to Bhagwan whose health was steadily deteriorating. They decided to move the Ashram and all its activities to the US. When Bhagwan took a vow of silence, it became Sheela’s sole responsibility to build his new commune. In the US, the sannyasins began wearing red and living relatively subdued lives as a kind of “ecological experiment”. By now, Sheela had become the new face of the organization. 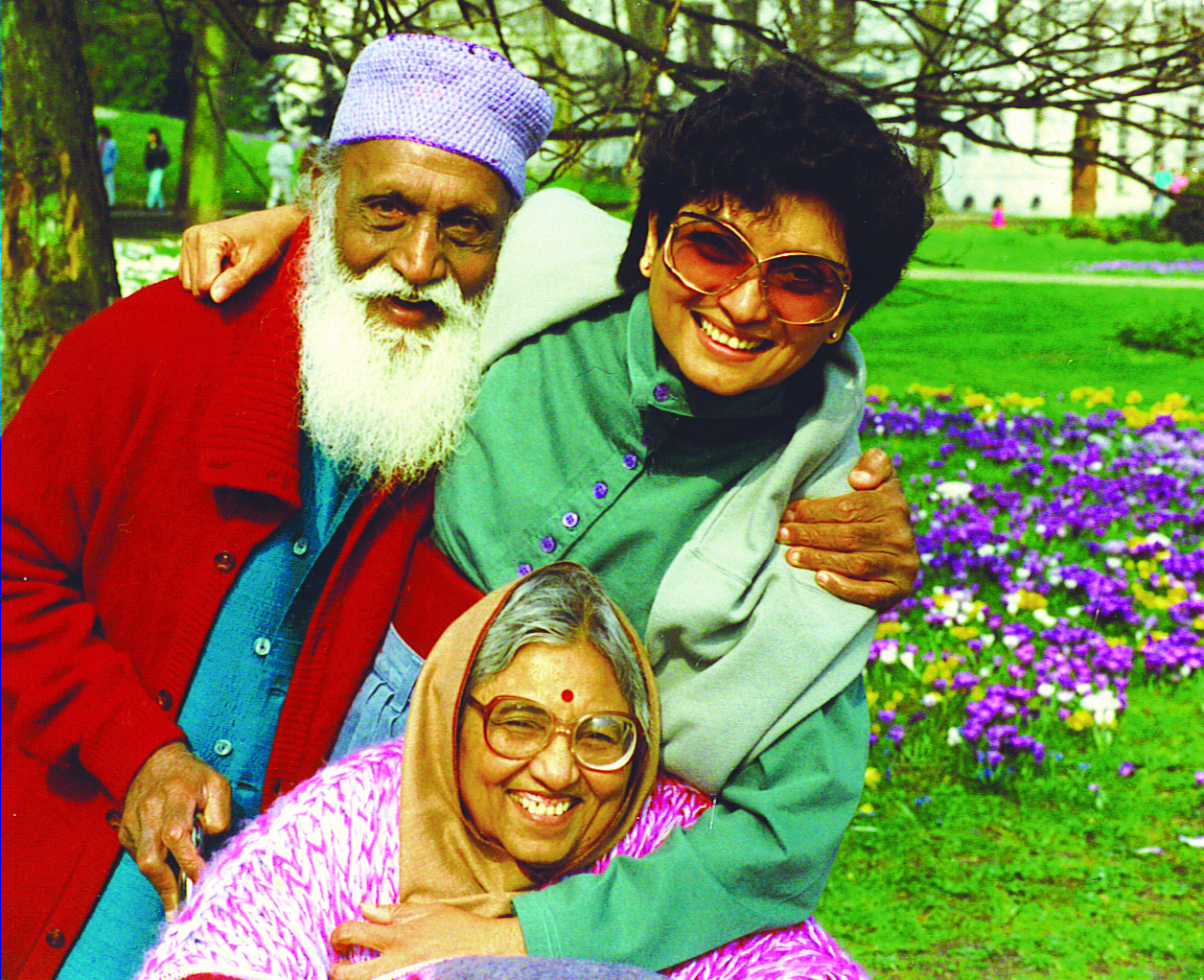 She next took on a new lover, another sannyasin from Zurich called Swami Dhyan Dipo, whom she soon married. When Bhagwan’s hunger for Rolls Royce cars and diamond-studded watches became insatiable, Sheela began to weigh under the burden of balancing funds for the organization. Unable to cope with the pressure of all the crisis management and Bhagwan’s unreasonable whims, she finally retired from her position in 1985. Along with her, a majority of the disgruntled management team also resigned, which angered Bhagwan who accused them of a string of crimes.

Along with two more women, Sheela was issued warrants from the US Justice Department for arrest and subsequent extradition to the US. Sheela’s lawyer, Otmar Wachenheim, became her new lover. After spending 39 months in prison, Sheela was released to the custody of the US Immigration and Naturalization services and put on a plane to Frankfurt. Having to depend on none other than herself, she finally moved to Switzerland, where she began working various odd jobs—walking a dog and as a live-in nanny. Here, she also found a new lover, Urs, with whom she started a home for the old and the disabled. 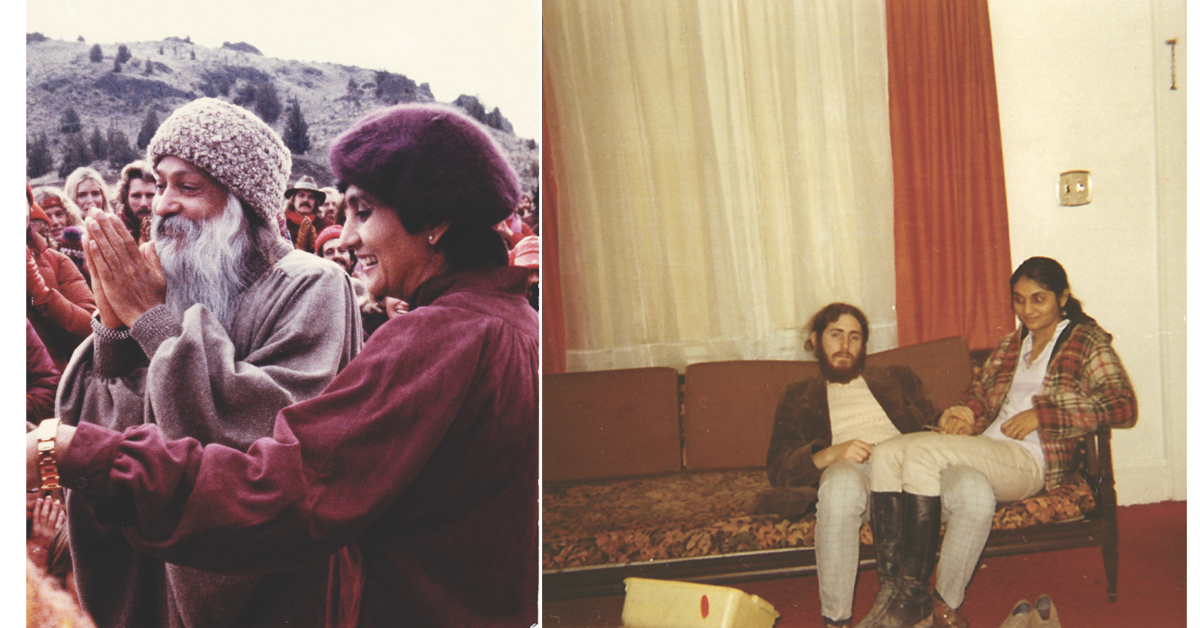 Today in her late sixties, Sheela continues to live there with several patients and a crew of 30 staff members to assist her. She runs two care homes in Maisprach as well as homes in Mauritius and Vietnam. Given the several trials and tribulations of her life, many people look up to her as a figure of strength and inspiration. In 2018, the Netflix documentary “Wild Wild Country” showcased the saga of Bhagwan, once again bringing the spotlight on Sheela. The following year, she visited India after 34 long years.

Overall, ‘Nothing To Lose’ is a wholistic peek into an interesting persona, and sums up well the ups and downs of her remarkable life. Needless to say, it is the result of extensive research and so, full of vivid details and imagery. Though an authorized biography, it portrays Sheela in all her rawness as someone ultimately human, and not always as the demi-Goddess that most people have known her as.