The mission of Sri Nihal Tammana is to bring about a cultural change in the way in which people think and act in respect of used batteries, and also to create public awareness on the evil effects of indiscriminate and unscientific ways of battery disposal by setting up a non-profit organization ‘Recycle My Battery’ (RMB).

Along with spreading awareness, ‘Recycle My Battery’ sets up certified battery bins free of cost including free two-way priority shipping to any public or private organizations including schools, libraries, private companies. Thanks to Call2Recycle which is the nation’s largest battery recycling organization for supporting the same.

‘Recycle My Battery’ is proud to state that whoever it could reach out to has almost completely desisted from their age-old habit of throwing the used batteries in the trash. In all establishments where ‘Recycle My Battery’ has placed its bins, not a single used battery is seen in normal dustbins nor anywhere in their vicinity, other than in battery bins installed for the purpose. RMB team comprising of 45+ young kids did mystery shopping in most of the organizations where its bins have been installed to ensure this and the results have been extremely gratifying.

Some of their quantitative accomplishments include:

– RMB has so far collected more than 38,000+ batteries and recycled them properly. 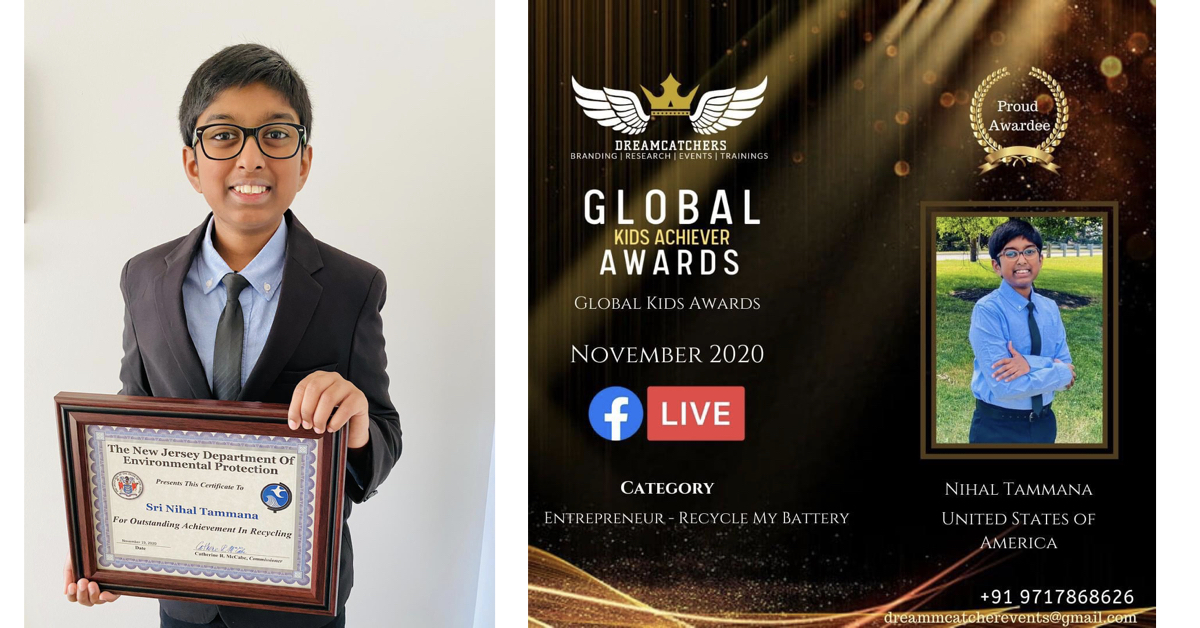 – Sri Nihal Tammana has spent more than 1200+ hours so far on this initiative during the past year. 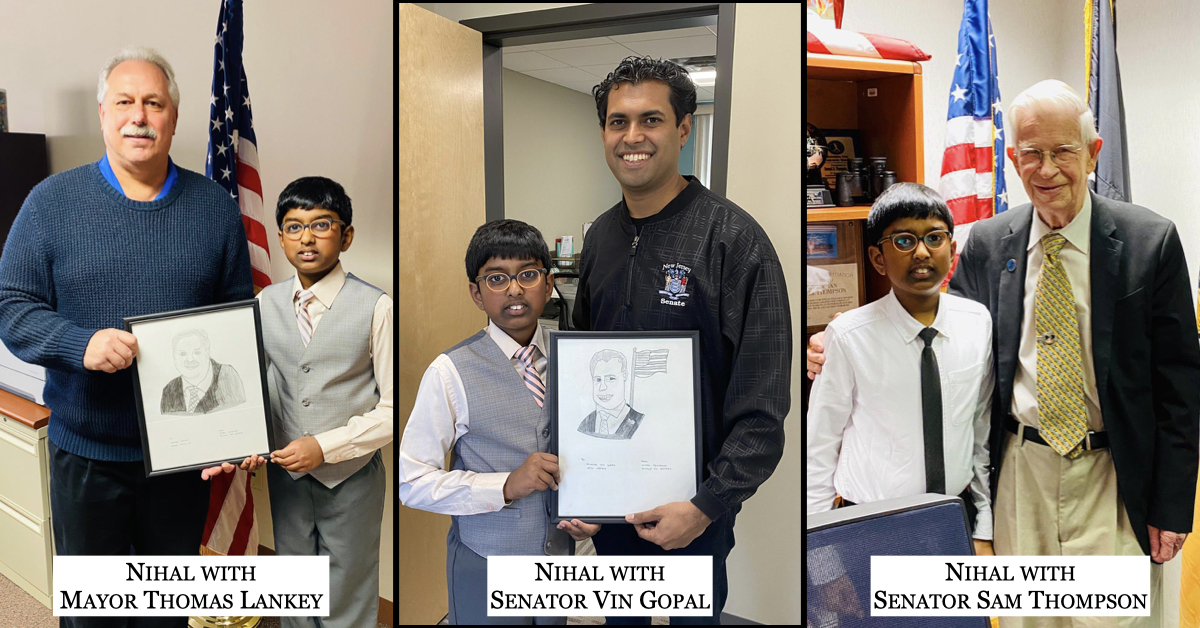 – He also received appreciation from Kevin Kassekert, COO of Redwood Materials. Kevin who used to be a C-level executive in Tesla started Red Wood Materials with Straubel who was the co-founder of Tesla. Redwood Materials deals with battery recycling and ‘Recycle My Battery’ is looking forward to partnering with Redwood Materials to aggressively promote awareness about the importance of recycling used batteries.

– Best Brains, a household name in the field of education which has more than 150 locations in the US, asked ‘Recycle My Battery’ to place battery bins in all their locations.

– ‘Recycle My Battery’ team has educated more than 200,000 adults so far about why they need to recycle batteries properly – through email campaigns, flyers, magazine articles, conferences, etc.

– IT Serve Alliance, a non-profit organization with 1200+ member companies is supporting ‘Recycle My Battery’ as part of their CSR initiatives.

– Call2Recycle, the nation’s largest battery recycling organization came forward to support by offering free battery bins and collecting them for free. So far, we have placed more than 200+ battery bins in different locations.

– ‘Recycle My Battery’ team has educated more than 70,000+ kids on how to recycle used batteries properly.

– As kids are our next generation, they are primarily concentrating on schools so they can educate the kids who in turn educate their parents.

– To date, they have placed battery bins in many schools and got approval from 15+ superintendents which would cover 150+ schools and 200,000+ kids.

Used batteries are extremely hazardous apart from resulting water and air pollution whose ill effects would be felt only in due course of time.

Do visit the ‘Recycle My Battery’ website: https://recyclemybattery.org/ for more information.