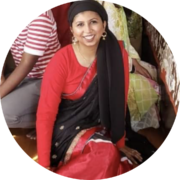 Rahmina is a freelance journalist who loves reading, writing, and…

Priyanka Chopra Jonas is set to release her memoir titled “Unfinished” on February 9th. The memoir is described as a “collection of personal essays, stories, and observations”. This memoir will chronicle important moments in Chopra’s life and career. PeeCee is one of the few Indian celebrities that have managed to gain fame in two different entertainment industries; Bollywood and Hollywood.

It’ll be interesting to see what she actually ends up including in her memoir, but one can hope she puts to rest some of the most scandalous and salacious rumors about her life and career. Let’s take a look at the top 5 things we would like to read about.

Fans of Chopra and Kumar know that these two sizzled on screen in movies like “Aitraaz,” “Andaaz,” “Mujhse Shaadi Karogi,” etc, however, it was their off-screen chemistry that made it to the headlines of the tabloids. Rumor has it, Akshay Kumar’s wife, Twinkle Khanna put her foot down and Kumar promised to never work with Chopra again. The last time the two were seen in a film together was in 2005.

PeeCee grabbed headlines again when it was rumored that she was having an affair with the Badshah of Bollywood, Shah Rukh Khan. The duo shared amazing chemistry on-screen in the “Don” series. There were even rumors that the two had secretly gotten married. What made the rumors go into overdrive is when Chopra wore a jacket that allegedly SRK had worn (and was photographed in) and claimed it was an ex-boyfriend’s jacket. Priyanka Chopra was also conspicuously left off the guest list of Shah Rukh Khan’s wife, Gauri Khan’s parties.

There has been a lot of talk about her alleged plastic surgeries. Many believe that she had a nose job and a lip enhancement. Priyanka Chopra has denied the rumors, however, her mom does own a cosmetic surgery clinic called, Studio Aesthetique in Mumbai. Do you think she went under the knife? Get a peek into the past in the post below.

Her alleged ex-boyfriend, Aseem Merchant, and former manager, Prakash Jaju had teamed up to create a biopic on her life. Merchant denies that it is about PeeCee and states that the film is about Jaju. Rumor has it, the film would chronicle Chopra’s modeling days as well as her fall out with Jaju over finances. Jaju had claimed that the actress owed him a lot of money, but Chopra quickly put a lid on it by sending them a legal notice that would stop them from making a film about her without her consent.

It is alleged that after Priyanka Chopra and Shah Rukh Khan’s affair came to light and fizzled out, there was a lot of mud-slinging from Chopa’s PR team about Gauri Khan. Karan Johar had come to Gauri Khan’s defense and spoken out indirectly. Chopra was apparently blacklisted by Red Chillies Entertainment and Karan Johar. It seems Johar has forgiven Chopra as she was seen on his latest season of ‘Koffee with Karan.’ It will be left to be seen whether Red Chillies Entertainment will ever do a collaboration with PeeCee.

These are just five of the scandalous rumors that we hope Priyanka Chopra speaks about in ‘Unfinished.’ What are you looking forward to reading in her memoir?

Rahmina is a freelance journalist who loves reading, writing, and traveling, but believes that her most coveted role to date is that of being a mommy to the most amazing, beautiful and extraordinary tiny human being.