Canadian superstar Rup Magon has added yet another notch on his belt of achievements. While he’s best known as a recording artist (lead singer JoSH the band) and as an actor (“The Black Prince”, CBC’s “Decoys“), Magon has always had an undying passion for cooking. So it was simply a matter of time before the right opportunity enabled him to share his recipes with the world.  The first season of his new cooking show, “Out in the Open” was filmed lakeside in Canada and boasts a different guest on every episode. There are 10 episodes in total where Rup Magon teaches authentic ethnic and local dishes, chats with guests, and even sings songs! Big-time superstars such as Zaid Ali, Ali Kazmi, and Qurram Hussain make appearances on the show which promises to elevate the cooking-show genre in South Asia and beyond.

Magon has been cooking for almost 20 years and has always taken a keen interest in not only learning new recipes but also creating unique dishes of his own and teaching them to the world. We spoke with him as he prepares for the release of “Out in the Open” under the banner Khana Kahani – Kashmir Cooking Oil on May 22nd on YouTube.

DissDash: Congratulations on your new show! How has the experience been for you?

Rup Magon: Thank you! It’s something we worked very hard on. Pivoting to such a different industry for me, was quite challenging and quite worrisome. I’m very relieved that it has come out this nice. So far the feedback and the response we are getting are phenomenal. 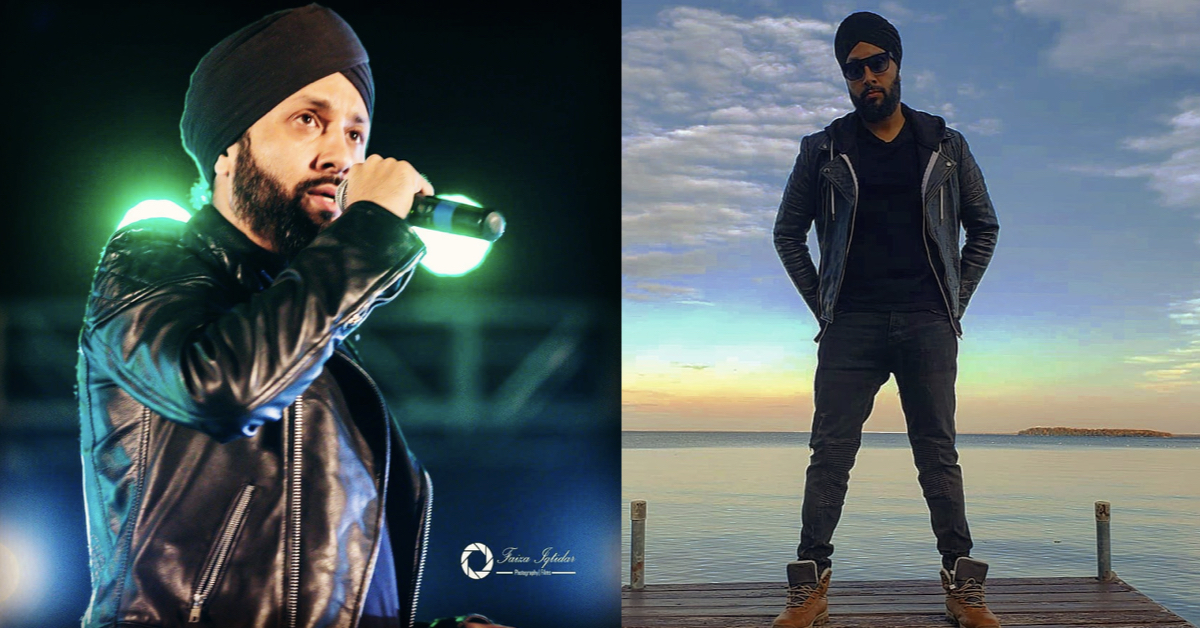 DissDash: Why do you say worrisome?

Magon: I say worrisome because it’s not easy from going to music and acting to food. You can say it’s like jumping from accounting to sky diving. It’s that different. Not only is cooking is such an incredible art form but it requires such a massive amount of skill. it takes time and it’s difficult to get something right. And not only that but to feed people and then to have them love it, that’s why it was worrisome.

I have always loved cooking. My mother taught me many many years ago. The real joy comes when someone tastes it and says it’s good. My first experience of it was when my uncle appreciated the dal I had made, and I wanted to have that experience over and over again.

DissDash: How do you hope “Out in the Open” will make a difference?

Magon: One of my goals is to get men in the kitchen. And I speak about it during my show. I am also writing a book, ’10 Easy Desi Recipes for Guys’ and it’s about getting desi men in the kitchen. Because no matter how much equality women strive to achieve, when it comes to South Asian kitchens, the needle just doesn’t move.

Also, I have two daughters, and normalizing the concept for them that desi men can cook would be another feather in my cap.

DissDash: What inspired you to make a show like “Out in the Open”?

Magon: The pandemic hit jobs all over. But for us singers, our jobs became zero. JoSH had over forty concerts canceled last year. I know it was difficult for everybody, but we don’t have work. So to go to a shrunk version of what you were making the year before is one thing, but to go to zero is another.

So I was home, obviously, and I was cooking. I saw my cousins make videos of their food and I gave it a shot too. I made some funny videos while cooking with my phone and they got a lot of attention. Then the Kashmir oil brand people contacted me and said, why don’t you do it for us? So I did about twenty videos for them, with only my mobile phone and they went viral. Then they came back to me and said that now we want to see your face in the videos too.

Long story short, they gave me the creative freedom, I put together an incredible team and we put together this fantastic show.

DissDash: How did Ali Kazmi become a part of “Out in the Open”?

Magon: Ali is not only a close friend of mine, but he is also in Toronto, and he was also not doing anything. So we put our vision together and having a guy like Kazmi behind the camera really took the show up a few notches. He helped me with my Hindi and Urdu. He gave some amazing lines like,“hum khana banate hai thoda rang aur Rup ke saath,” and his special touches elevated the show.

So having him as the director/content writer/friend/supporter was wow! I don’t think South Asia has seen a show of this caliber in a very long time or ever.