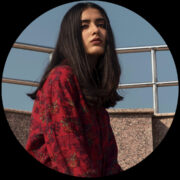 Growing up I remember flicking on the TV early Saturday mornings to watch the latest cartoons or PG-rated programs that would soon become a founding part of my childhood. Looking back upon the shows and programs, I see now the heavily stereotyped characters, I mistook to be innocent and diverse. The majority of the TV we consumed from our childhood consisted of extremely disrespectful and inaccurate representations of different minorities, ethnicities, and races in America. The demand for diversity was met with shallow surface-level stereotypical characters that held no weight nor meaning and were often used as comedic relief. These “diverse” characters were often portrayed as less than their white counterparts and this is no exception to South Asian American characters.

The only representation I was shown of myself or my community was nerdy socially outcasted Indian kids who wished nothing more than to be white. Being South Asian American was often shown associated with something negative and we were almost taught to not hold pride in our culture growing up.

Desi characters were depicted as “alien” and distanced from the other white characters in shows, almost always having their entire stories built on the fact that they were different. They could never become successful, nor well-liked unless they gave up their culture and became an extremely whitewashed version of themselves.

In the media, I saw our community viewed as nothing more than means for mockery. From our funny accents to unique traditions, foods, and clothing, our existence is often seen as comedy gold for the American entertainment industry.

Desi characters rarely held weight in their portrayal of the South Asian community and never showed them as equal counterparts nor positive contributors to society.

The alienation of South Asian American children is an extreme struggle amongst many kids today. These biases that are implanted into us from such a young age have a monumental effect on how we view ourselves and each other. Our perception of what it truly means to be brown has been blurred through shows and characters as well as other outside forces that manifest themselves later in life.

I remember kids in school asking me to do their homework or befriending me just to cheat off my tests. People would always say to join me for projects because I was smart, but never wanting to actually get to know me nor treating me as a real person. Having this assumption being made solely off of my identity as a South Asian American it was difficult. I found it very hard to make friends outside the desi community and struggled to be viewed as an equal and the same as everyone else. The same alienation I had seen in TV shows had happened to me and many others that were also Asian or South Asian American.

It wasn’t until I reached high school that I was able to drop some of these preconceived notions others had of me and create a social standing for myself. Something as simple as being seen and making friends had become such a difficult feat to accomplish when it shouldn’t have been, all due to societal biases.

Even then, I still believe the only way I was able to get out of that view is because I hold white privilege. Because of my lighter skin tone, I was able to pass as white and “blend in more” making me more equal to my peers. Something that shouldn’t have been a factor at all, had determined whether or not I was to be seen or ignored, and that fact still weighs heavy on my chest. Many of us don’t even know the biases we hold until it is played out with us as the oppressed.

The issue of ethnic alienization is a collective societal issue that affects many South Asian Americans every day. Making day-to-day life more challenging than it should be. The erasure of internal biases is something that we have to work on collectively as a society in order to create a world filled with more opportunities for those of all races and ethnicities.

The work of Asian Americans can no longer be viewed as less than and our opportunities should be the same as anyone else. From college scholarships to job opportunities, to equal pay those who don’t hold white privilege will always be left with the shorter stick in life. In a society built upon white privilege, those who are different are always exiled and have to work much harder to get the same cut in life as any other white kid.

Somehow I can’t help but wonder if it really all started with those Saturday morning cartoons.