Smart Factories – The Future Of Manufacturing

ZEE5, the world’s largest streaming service for South Asian content, launched today in the U.S., opening up a world of multicultural entertainment for the South Asian diaspora and mainstream audiences across the United States.

“The launch of ZEE5 in the U.S. is a very significant moment for us,” said Amit Goenka, President, Digital Businesses & Platforms, ZEE Entertainment. “We’ve had a long association of over two decades with this market, bringing our viewers here the best of Indian entertainment through our channels. With ZEE5, we now look to offer both these audiences and the younger demographic access to a much wider choice of premium content with our Originals, digital premieres, and more, on any screen of their choice and with a completely personalized viewing experience.”

ZEE5’s launch announcement was made by Archana Anand, Chief Business Officer, ZEE5 Global, at a mega event attended by media and consumers from the U.S. and across the globe. She was joined by a special guest for the event, Actor, Producer, Activist, and Entrepreneur Priyanka Chopra Jonas. 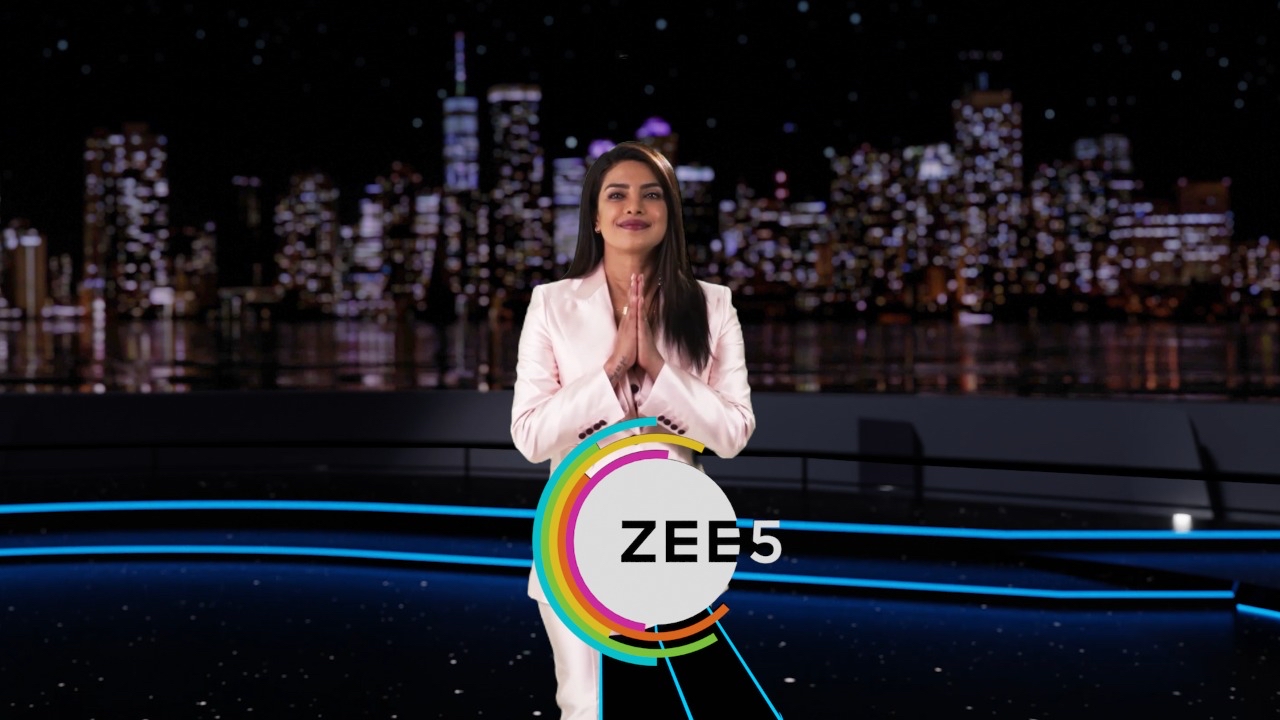 Priyanka Chopra Jonas also joined Archana in unveiling ZEE5’s upcoming content slate and its new global brand campaign “Welcome to South Asia: Stories from our world.” The campaign spotlights stories from South Asia, where even the ordinary stories are extraordinary, therefore leading to the narrative “if this is our reality, imagine our stories.”

The multiple announcements were interspersed with conversations between Archana Anand and Priyanka Chopra Jonas with the latter commenting on how streaming services have changed the landscape of content viewing, and on the hunger among South Asian communities to watch their own hyperlocal content and see themselves being represented to international audiences, and how streaming services were key in providing such a platform to help people feel represented.

Congratulating ZEE5, Priyanka Chopra Jonas said, “Wishing all the best to my friends at ZEE5 on their new launch. I have really enjoyed celebrating and spotlighting all the incredible talent from South Asia today. I look forward to watching these storytellers entertain new audiences around the world and will be cheering them on from the sidelines.”

Archana Anand, Chief Business Officer, ZEE5 Global, added, “Bringing ZEE5 into the U.S. is so much more than just providing the South Asian diaspora here with a mega entertainment platform through which they can access a vast library of stories. It is a powerful bridge between them, their culture, and their languages. It is also a real-time connect between them and their families as they get to watch the same content across the ocean. And it is a platform through which their stories get showcased on an international stage. With this and the rich library of shows we have, I am confident that we will become the preferred destination for South Asian content and woo both TV and Streaming loyalists across all age groups and across both South Asian and mainstream audiences in the shortest possible time.”

As part of the launch, the streamer announced an incredible line-up of Originals and other blockbusters, across languages to release on the platform in the coming months:

ZEE5 provides viewers with an unparalleled library of 130,000 hours of stories from India, Pakistan, and Bangladesh, spread across: 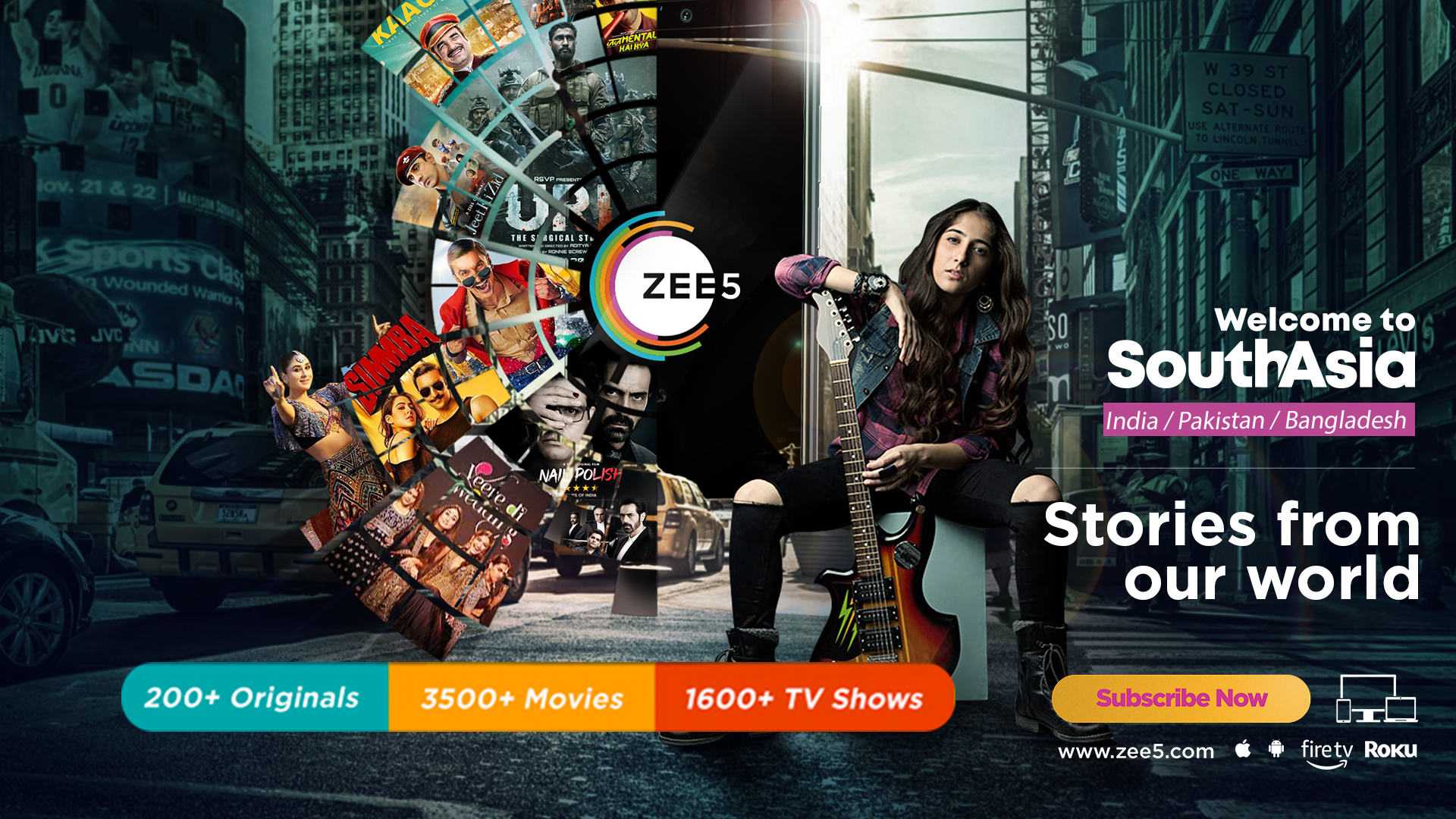 ZEE5 will be available at a highly affordable price of $6.99 for a monthly pack, and an annual pack heavily discounted from $84 to a very attractive $49.99 as an introductory offer. The platform also announced a special discount for the student community with the monthly pack priced at $4.99 instead of $6.99.

Archana also called out a key strategic partnership that the streaming platform had locked in with NAAIS (North American Association of Indian Students), that will help ZEE5 build strong connections with a much younger audience.

As a registered non-profit, NAAIS today aims to connect, educate, and mobilize over 850,000 students and young professionals of Indian origin in the U.S. Over the next few months, ZEE5 will be exclusively partnering with NAAIS and working closely with Sudhanshu Kaushik, executive director of NAAIS across multiple initiatives, including student outreach programs across universities and colleges in the U.S. and numerous philanthropic endeavors, including COVID-19 relief efforts.

Smart Factories – The Future Of Manufacturing