On Sunday night the Mayor of London, Sadiq Khan, welcomed over 8000 people to The SSE Wembley Arena with legendary Pakistani singer Ustad Rahat Fateh Ali Khan. The singer kicked off his UK tour, titled ‘The Legacy Tour’, with a packed Wembley singing along to classic hits such as ‘Teri Meri’, ‘Mere Rashke Qamar’ and the timeless ‘Dam Mast Kalandar’ in an enthralling 3-hour live music spectacle, with Sadiq Khan joining him during an interval.

The Mayor, addressing the crowd on stage alongside Rahat Fateh Ali Khan, said:

“The special thing about Rahat Fateh Ali Khan is he’s played at the Nobel Peace Prize, he’s performed for Kings and Queens, and he makes songs for Bollywood and Hollywood films, but he never forgets his fans in London. Tonight he has brought the community together again and given us another fantastic night to remember here at the SSE Wembley Arena. Thank you for showing the world that London is open.” 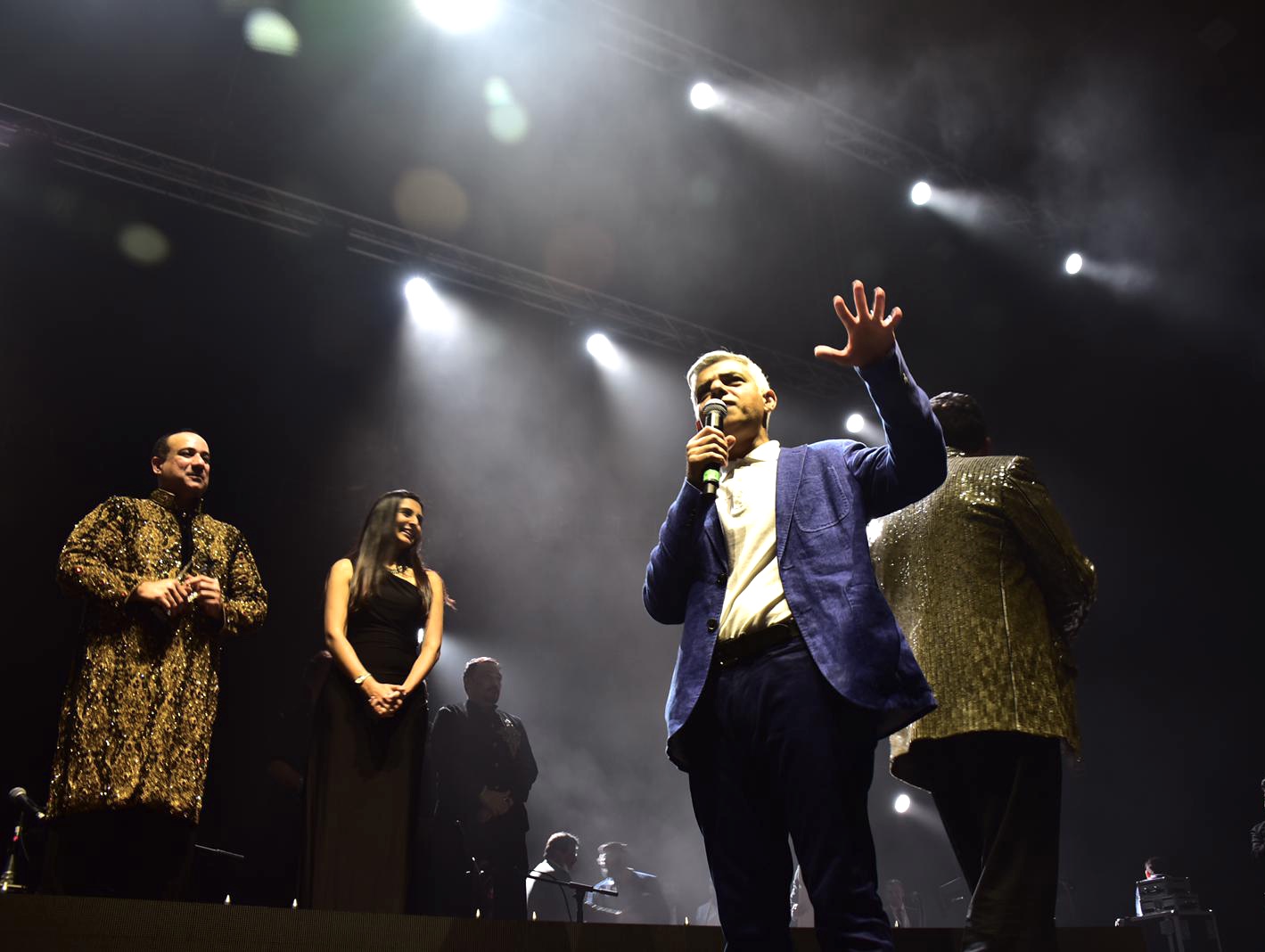 He added, “It is great to see the South Asian community in London coming out to enjoy live music again after what has been a very difficult past 18 months. London is the epicenter of multicultural entertainment and I was excited to welcome Rahat Fateh Ali Khan back to the city for this incredible concert, kicking off a season where some of the biggest artists from South Asia will be coming back to London to perform.”

This was the first concert after the easing of the pandemic restrictions in London. The maestro has said, “The UK is my second home and the love I get from my audiences is very special. This time I have prepared for a unique show where I will showcase Qawwalis in a more authentic style from the teachings I have had from my Ustad and Uncle, Ustad Nusrat Fateh Ali Khan, and my father, Ustad Farrekh Fateh Ali Khan.”