“Typically, we host our Dallas festival in the spring and our New York festival in the fall,” said Festivals Founder and Director Jitin Hingorani, “but because of the ongoing pandemic and the travel restrictions around it, we decided to host both festivals back-to-back in the fall, so that we can highlight the same set of films and fly in the same talent for both festivals. We’ve also added a virtual festival, after our two physical festivals, because our online programming during the 2020 lockdown was so successful and attracted an astounding number of cinephiles across North America.”

“After the incredible success of our partnership with DFW SAFF and NYC SAFF in 2019, we are excited to partner with Jitin and his team once again,” said Kelsey Charles, sponsorship integration, integrated marketing operations, Toyota Motor North America. “At Toyota, we celebrate cultural diversity in all that we do, and we look forward to growing our support of the South Asian community in Dallas and New York City.” 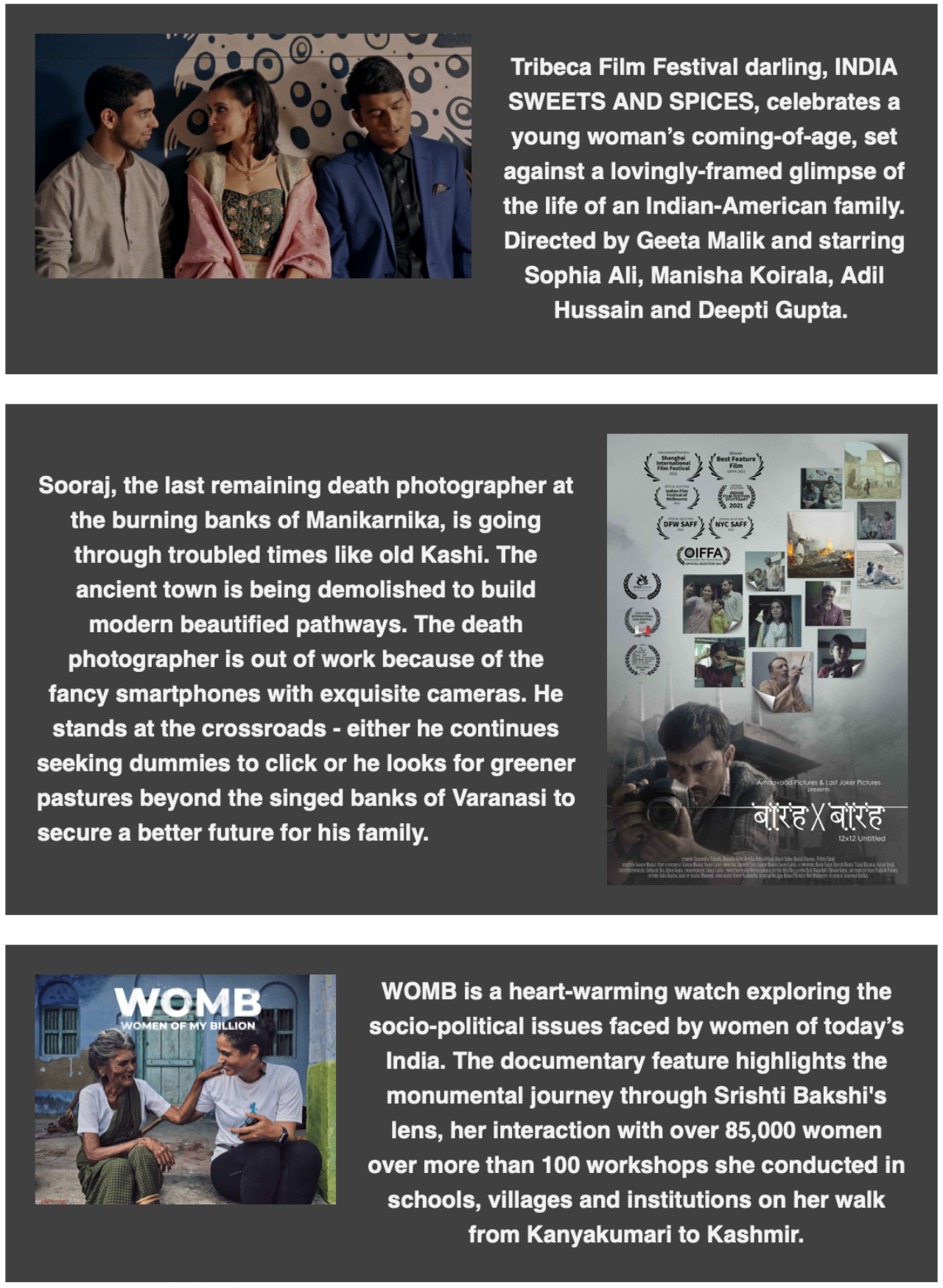 One of Mindy Kaling’s favorite films of the year is Sujata Day’s Indo-American, model minority satire “Definition Please” is having its Dallas and NYC premieres at the festivals.

International festival premiere of Abhiroop Basu’s short film, “Laali” starring Pankaj Tripathi as a lonely, Calcutta laundryman who finds solace in an unclaimed red dress left behind by a customer.

DFW SAFF is slated from October 15th to 17th at the Dallas Holocaust & Human Rights Museum in downtown. For the synopses, trailers, showtimes, and ticket information, please visit www.dfwsaff.com

NYC SAFF will take place the following weekend, October 22nd to 24th, at the Helen Mills Event Space and Theater in Chelsea. For more information about this festival and the complete lineup, please visit www.nycsaff.com.

Virtual SAFF, powered by Movie Saints, will take place online from October 25th to 31st at www.virtualsaff.moviesaints.com. It will showcase all the films from the physical festivals, plus twelve additional titles that will have their world and North American premieres at this digital destination.