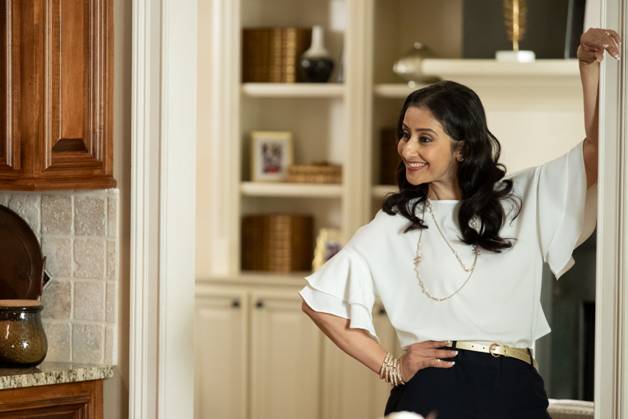 Alia Kapur (Sophia Ali) returns to her family’s posh suburban New Jersey home after a year away at college and upends their well-ordered life with her brash independence. After befriending Varun (Rish Shah), the handsome son of the new owners of the local Indian grocery, she invites his family to a dinner party where family secrets are revealed. Alia’s surprise turns to rebellion when she uncovers secrets about both her parents that push her toward a daring and ultimately hilarious confrontation. “India Sweets And Spices” celebrates a young woman’s coming of age set against a lovingly framed glimpse of the life of an Indian American family.

Summer has arrived in Ruby Hill, New Jersey, a posh suburban oasis of mini-mansions, backyard swimming pools, and luxury cars, but for the first time in her life, Alia Kapur (Sophia Ali)
wonders if this is all there is to life. After a year at UCLA, she is ready to trade in the lavish Saturday night dinner parties and gossiping “aunties” of her community for a more authentic, worthwhile existence even if she doesn’t quite know what that looks like yet. 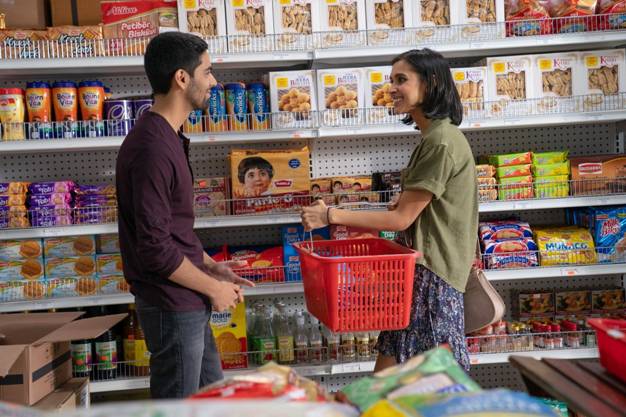 When Alia meets Varun (Rish Shah), the son of local shopkeepers, she impulsively invites him and his parents to her mother’s upcoming extravagant soiree. In the process, she accidentally uncovers a pair of family secrets that will have consequences for everyone involved. Her straight-laced mother Sheila (Manisha Koirala) has a shared history with Varun’s mom Bhairavi (Deepti Gupta) that she refuses to discuss with he daughter, while her father Ranjit (Adil Hussain) is harboring mysteries of much more recent vintage.

As Alia struggles to reconcile her image of her parents with these new revelations, she makes a single bold gesture that forces Sheila and Ranjit to reexamine their lives. Writer and director Geeta Malik’s Nicholl Fellowship winning screenplay “India Sweets and Spices” is brought to the screen in a fresh, vibrant, often funny, always thought-provoking take on a classic coming of age story.