Get hyped for the most unique stand-up comedy show in NYC: Mona Shaikh presents Minority Reportz Desi Girls Night Out!

Produced by multi-talented comedian Mona Shaikh, the show makes its debut at the New York Comedy Festival on November 10th & 13th at West Side Comedy Club and Caveat, respectively.

The distinctive lineups represent the diaspora, including comics such as Subhah Agarwal, Amamah Sardar, Natasha Chandel, Sonya Vai, Karmen Naidoo, and Zubi Ahmed (hosted by Sarah Suzuki-Harvard and Atheer Yacoub). Both shows (November 10th at West Side Comedy Club and November 13th at Caveat) will be exclusive evenings filled with hilarious comedy followed by a bustling Bollywood After Party. 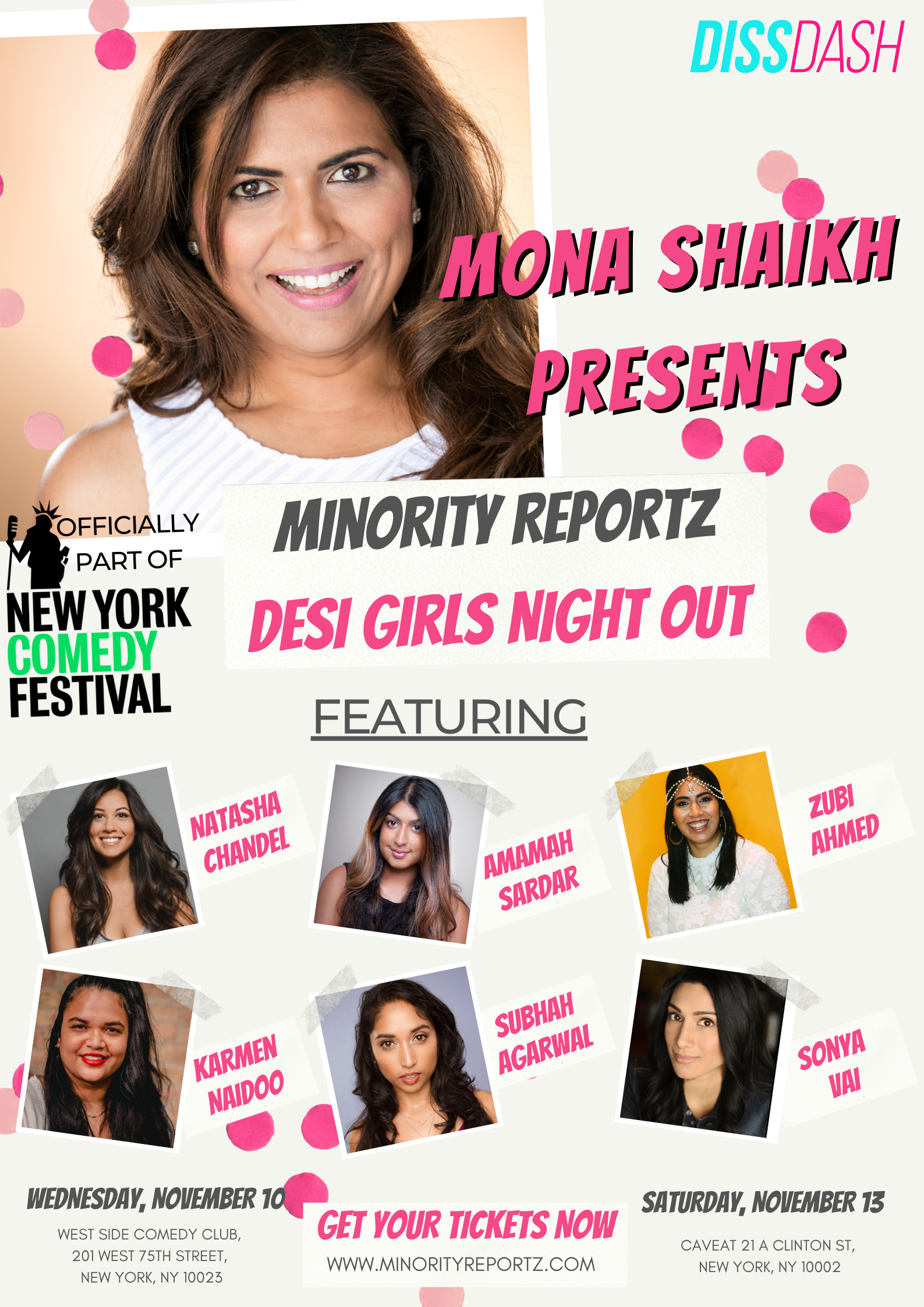 “I want to make it a home,” says creator and producer of Minority Reportz, Mona Shaikh told LA Times, “for people to feel comfortable, have a good time, feel loved and empowered.”

Mona Shaikh is a stand-up comedian, host, and producer of Minority Reportz. She most recently emceed the Women’s March in SF in Jan 2019 and made history by being the first South Asian/Middle Eastern Female Comedian to perform in front of over 60,000 people! She’s been featured in Forbes, LA Times, Newsweek, The Guardian, LA Weekly, New York Post, Huffington Post, Washington Post, and BBC. She can also be seen regularly on The Young Turks, The Stephanie Miller Show on SiriusXM, and Mo’Kelly Show on IHeartRadio. Mona has also headlined in Dubai, Portugal as well as London. In addition to being seen all around Los Angeles at major comedy clubs as The Comedy Store, Flappers Comedy Club, The Laugh Factory, Ice House Pasadena, Hollywood Improv, and many more, she hosted the Hollywood Improv for Comedy Juice night with Dane Cook. She became the first Pakistani female Comedian to be selected for the Laugh’s Factory Funniest Person in the World Competition and made history by becoming the first Pakistani female Comedian to headline Hollywood Improv.

Get your tickets on https://minorityreportz.com