For the first time ever, Diwali-themed animation adorned One World Trade Center, a symbol of New York City’s eternal goodness. The animation went live on Nov 2nd at 6 pm and continued until Nov 4th, 2 am.

Dubbed the All-American Diwali experience, it also included a spectacular fireworks display that was viewed by audiences on both sides of the Hudson!

“We are excited to create and curate the colorful imagery of Diwali on the WTC podium to bring the messages of peace, harmony, and unity,” said Mark Domino of the Durst Organization.

“There is no better symbol of the triumph of resiliency than the World Trade Center and we are very fortunate to work with The Durst Organization to bring this message to all,” said Rahul Walia, Founding Trustee of South Asian Engagement Foundation.

Organized by NJ-based non-profit South Asian Engagement Foundation, the All-American Diwali experience was dedicated to the Country’s first responders. The NYPD conducted a ceremonial Color Guard with One World Trade Center as the backdrop. American Singer/Actress Mary Millben performed the US national anthem and a verse from the popular Diwali hymn ‘Om Jai Jagdish Hare.’ 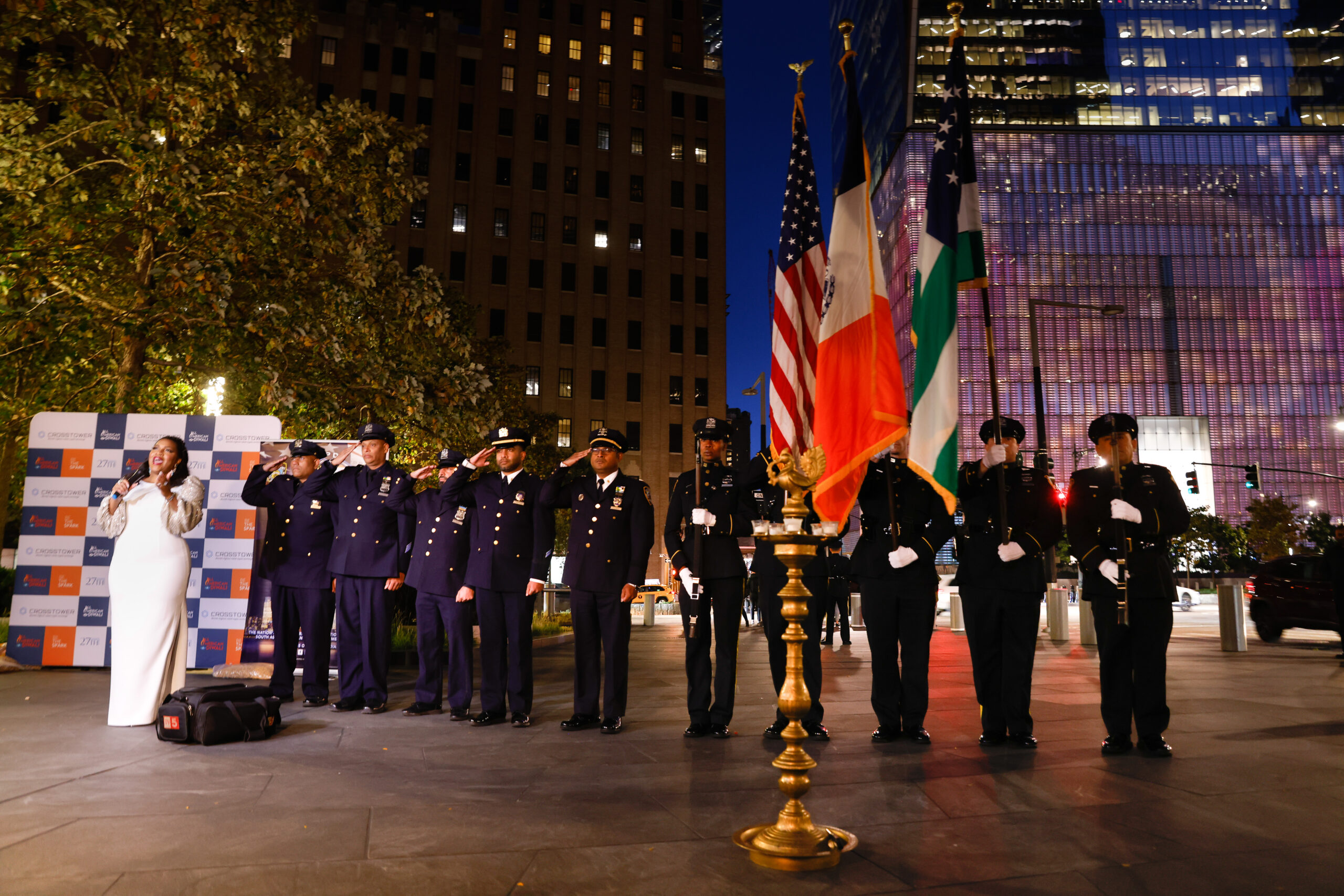 “We’re so honored that the first annual All-American Diwali is dedicated to the police officers of New York City. As a police officer of Indian origin, I’m particularly excited to see the One World Trade Center light up for this festival, a symbol of our city’s enduring spirit.” Det. Annand Narayan, President of NYPD Desi. 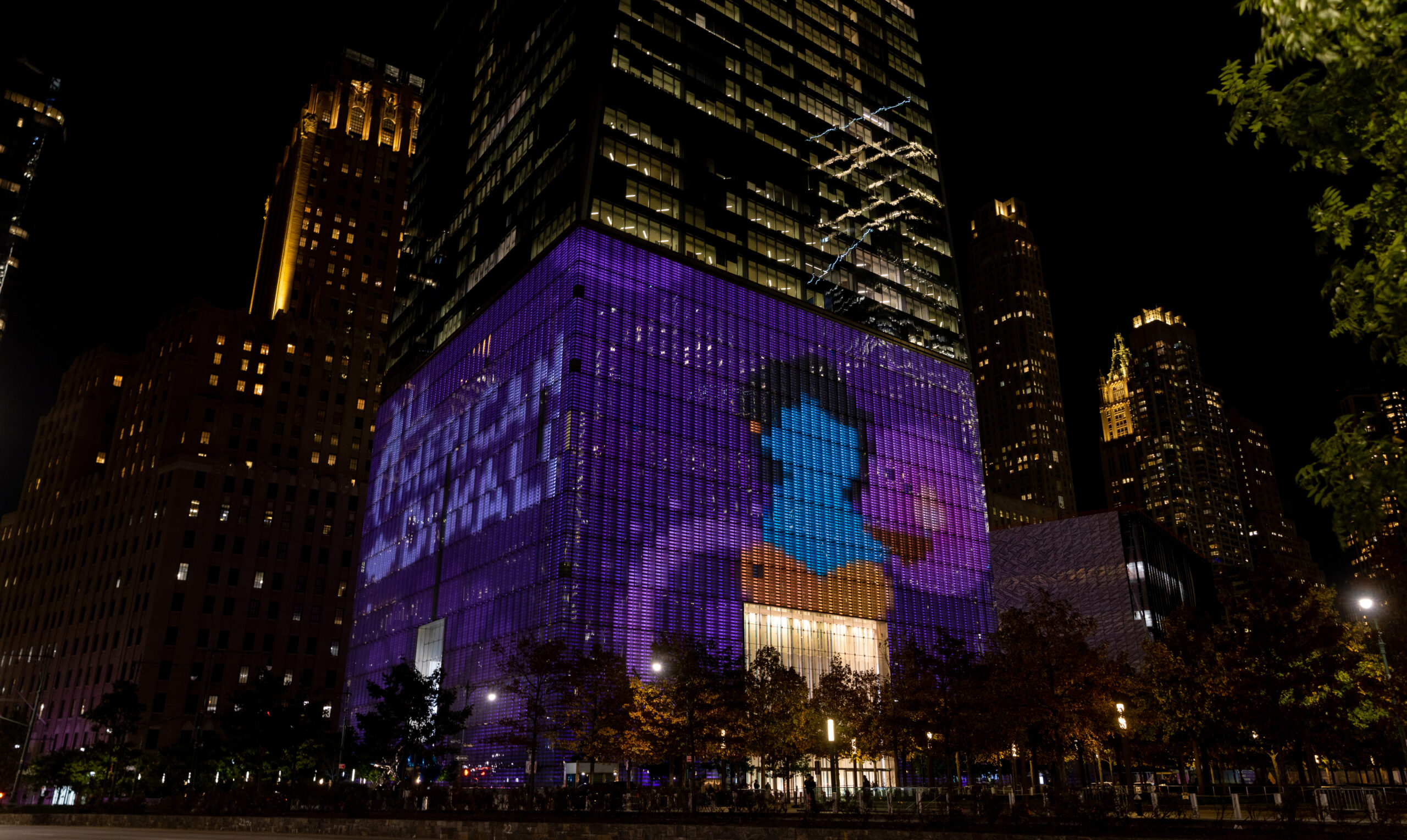 “Diwali is a time that celebrates family and universal compassion, and we are grateful to be sharing the values of solidarity and peace with the greater New York Community. The CrossTower team is proud to be partnering with the inaugural All American Diwali, marking this very special occasion on the Hudson, says Kapil Rathi, CEO, and Co-Founder of CrossTower.

“All American Diwali embodies the spirit of not only the sentiment behind the festival but also integrates itself into the fabric of Americana. 27th Investments is proud to support this experience,” says Anil Damani, CEO of 27th Investments. 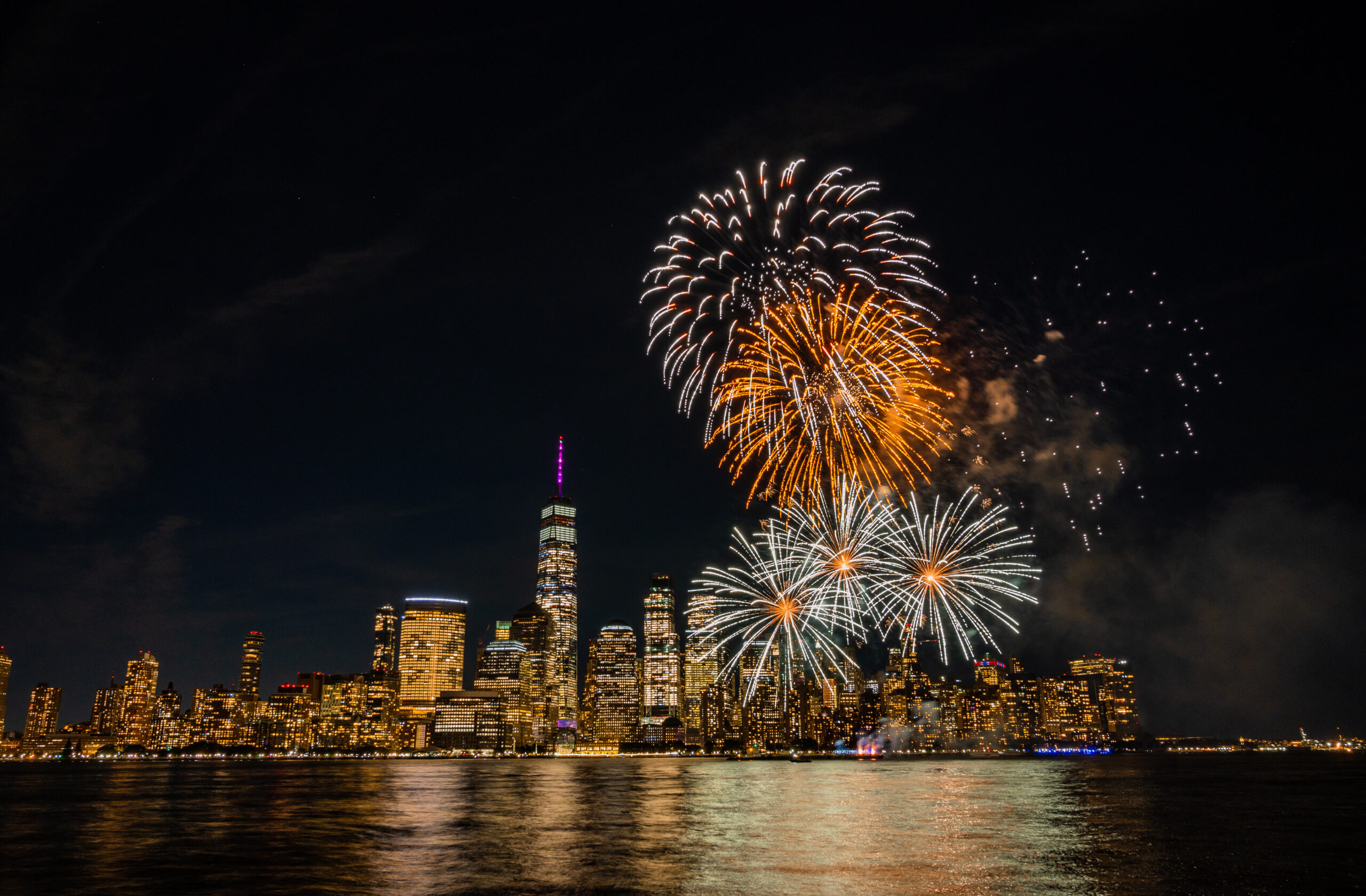 At SAEF, the work is dedicated to building a strong brand for the Indian American community by empowering them and catalyzing the conversation around Indian Americans.

Future plans to achieve this objective include a digital mural depicting 75 years of India’s democracy, a National STEM competition, an Indian Edition Smorgasbord, and an All-American Holi at Governors Island, NY.

All American Diwali is a trademark and copyright of the South Asian Engagement Foundation.

The South Asian Engagement Foundation (SAEF) is a registered 501c 3 non-profit organization based in New Jersey. SAEF has a mission to increase leadership potential in Indian American communities by providing incentives using educational initiatives and civic engagements. Amongst its initiatives, SAEF supports programs like the South Asian Spelling Bee and the Cricket Bee. SAEF’s vision is to continue supporting and organizing educational initiatives and cultural outreach to expand national awareness of the Indian American community.