Recently, you may have noticed Ahmed Khan on the urban desi music scene. With the back-to-back music release alongside urban desi legends Arjun, Raxstar, and H-Dhami, the Belgian artist of South Asian descent has caught our eye too!

Ahmed Khan started his career making demos out of his basement and ghostwriting tracks for other stars. Today, he’s well on his way to creating a fan base for his own original music.

The rising star had the time to chat with us about music, his dreams, his influences, and of course, what’s next for him.

DissDash: Tell us about your first taste of creating music?

Ahmed Khan: Started making my own music in 2014 as a rapper more than a singer. This was when I linked up with my first producer Enco, and would make demos out of his basement studio. I got a feel for urban Punjabi music at this point and really got to test my vocals, as I would only write for other artists before this.

DissDash: Before branching out on your own, you’ve spent time as a ghostwriter, has there ever been a song you wished you made for yourself?

Khan: Not really, I never thought I’d sing or rap myself. I was always interested in poetry and would try to make my own lyrics. These would then be given to other artists.

DissDash: Who would be your dream artist to ghostwrite for?

Khan: I can’t say, I’m so into making my own sound now that the ghostwriting phase is long gone. I can only focus on my own career as a singer-songwriter now. 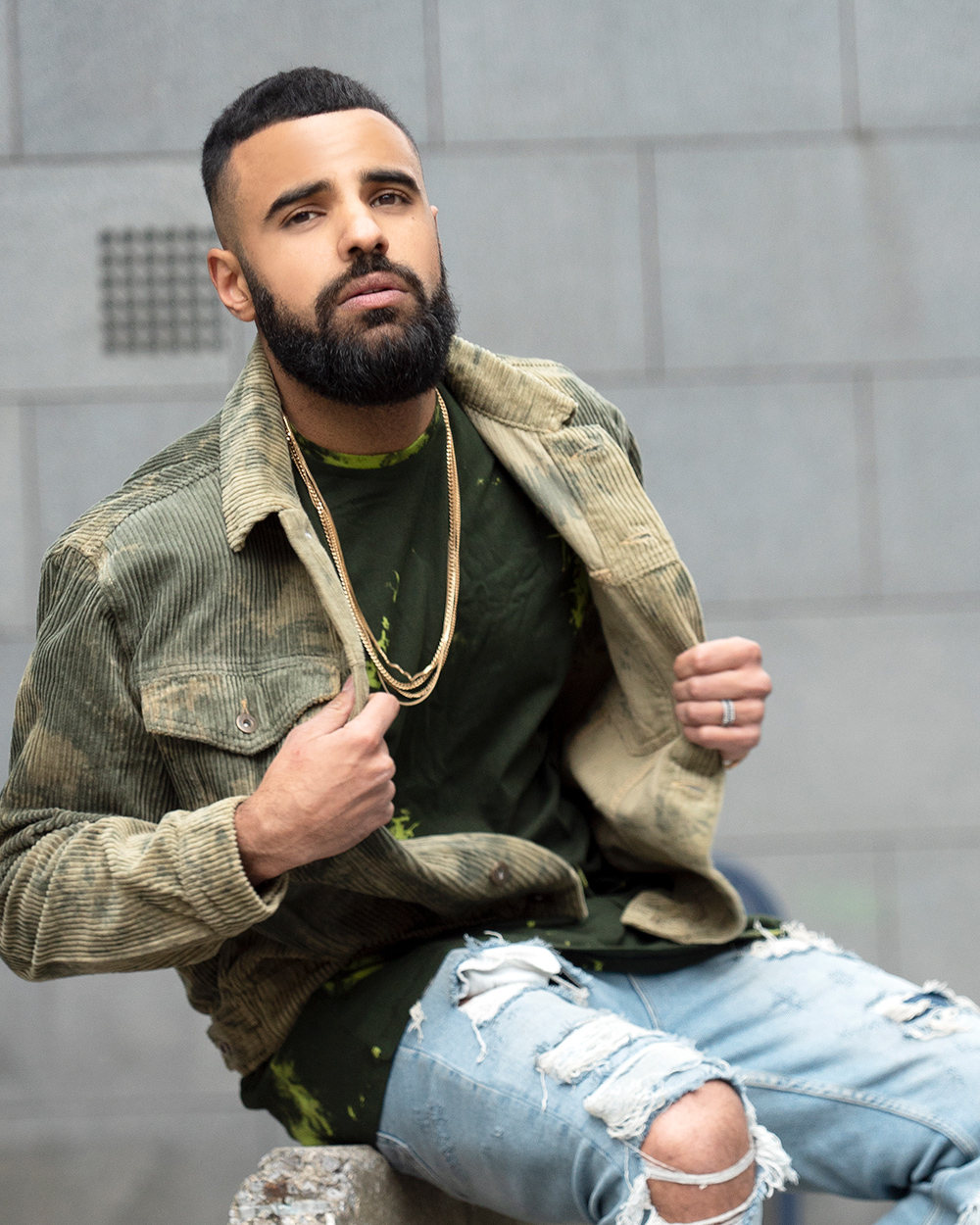 DissDash: Who are your biggest influences?

Khan: My early influences as a 9, 10 year old were more Punjabi and Urdu folk artists like Nusrat, Mohammad Rafi, Chamkeela. Around the age of 13 to 14, I indulged in artists like Tupac, Nas, Eminem and would get inspired by their songwriting and music concepts. That played a big part in my own writing.

DissDash: How would you say your music differs from all the other British Asian artists?

Khan: Being from Belgium, I have access to a lot of different kinds of music in different languages. French, Dutch, Punjabi—because of my roots— German, Albanian, etc. Hence I feel like I feed off of many different styles and genres. This is what makes the output of my music slightly different from a typical British Asian sound.

DissDash: Tell us about this new album, what message are you sending with “29 Summer?”

Khan: The album was written during the lockdown in mid-2020. The idea was to create a small EP, but purely because of the working zone I found myself in, I ended up overproducing and wanted to move on to make a full album. The idea was to have songs in there for every type of mood. The 29 referred to my age at the time I was writing this album, and summer was the season, however, it was the most bizarre any of us had ever experienced, and so I wanted to write different stories and songs that would fit the mood of that bizarre time.

DissDash: Which track was the hardest for you to write?

Khan: Definitely “Hot Boy Winter,” this was the first time I attempted to write to a drill beat. I had been listening to drill music for a while and always wanted to hear what urban Punjabi drill would sound like. It took over two months to write this song and make sure I was happy with the composition. It’s one of my favorite songs from the album.

DissDash: Which was the most cathartic for you to write?

Khan: Definitely the last track of the album, “Letters.” This song was a dedication to 3 very important people in my life, and each verse was directed to one person. The idea was that each verse would be synonymous with an unsent letter in which I laid down all my thoughts about that particular person. Since this was the first time I expressed myself openly about these people in public, it was the most relieving as well.

DissDash: What do you hope fans will take away from this album?

Khan: I tried to experiment with my sound in this album and made sure there was something for all moods. I wrote deeper, more profound songs, as well as up-tempo anthems for clubs and nights out. I hope that my fans saw the depth of my artistry through this album and that I am able to do different genres within the urban sound.

DissDash: What is something people don’t generally know about you?

Khan: My mother tongue is French and I started off as a rapper in French before I started singing in Punjabi. I still try to add bits of French to my music as a reminder of where I’ve grown up and hope my fans will see it as a unique trait that they can only get through my music

DissDash: What would you be doing if you didn’t pursue music?

Khan: I’m extremely passionate about boxing and actively training. I would have probably tried my hand at being a professional boxer

What’s next for Ahmed Khan? Well, he was kind enough to let us know he’s working with F1srtman and Hamza next! Keep an eye out for new music from Khan.