Based out of Wisconsin, Mrinal Gokhale published her first book – ‘Saaya Unveiled: Mental Health Spotlighted’ this May. The book has 11 true stories about second-generation South Asian immigrants and their mental health journeys.

We had a quick chat with Mrinal Gokhale about her book and more:

DissDash: Mental Health – this is not a topic South Asians like to talk about. Why did you decide to write a book on it?

Mrinal Gokhale: I have had a fascination with the human brain and with psychology since I took a psychology course in high school. The reason was partly that I had an instinct back then that something in the DSM-5 applies to me that can explain some of my struggles with things like social anxiety and executive functioning struggles. I got therapy for the first time in college through my student clinic, and that was the start to getting my life to where I wanted to be. Until I wrote the book, I hardly knew South Asians in therapy. I was a freelance reporter for about 6 years in Milwaukee, the most segregated city in the US. I wrote for Black and Hispanic-owned papers, having covered many Mental Health Awareness Month events that highlight stigmas in those communities. I wondered why the stigma in the Asian community was never discussed. In quarantine, I took a free memoir writing course and learned about self-publishing, brainstormed topics, and settled on the topic of South Asian mental health. Writing my book was a great way to combine my journalistic writing style, interviewing skills, along with my interest in BIPOC social justice, and health/wellness. It also helped me better understand intersectionality in my community as it relates to mental health. 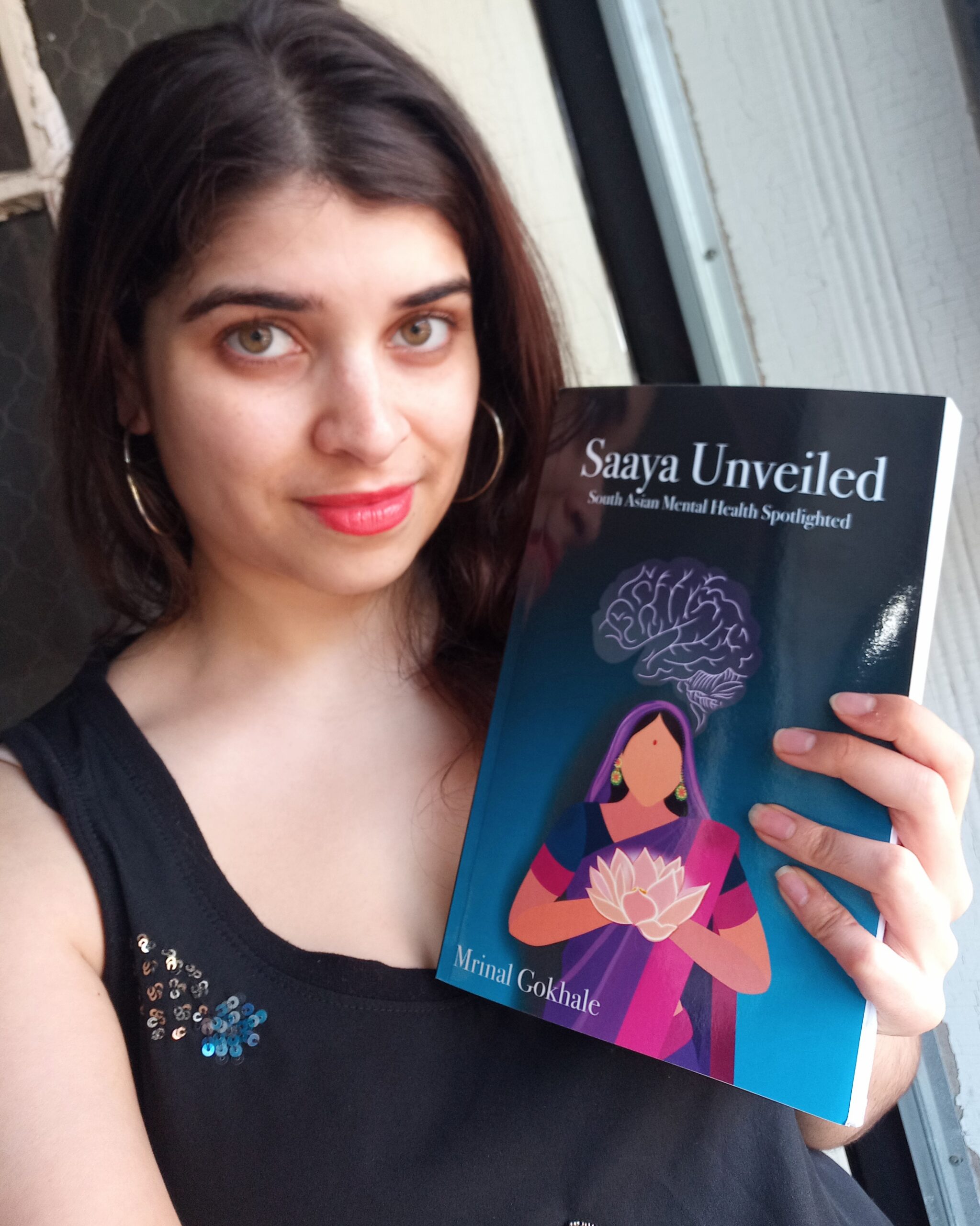 DissDash: Why the name ‘Saaya Unveiled’?

Gokhale: I wanted it to sound mysterious, being that mental health is swept under the rug in our culture. I think the title symbolically indicates that this thing that’s been denied and a taboo for so long is finally coming into the spotlight. Additionally, for the cover design, I used a lotus symbol knowing that it’s a symbol of wellness, being that it grows from mud and into the land/light. The lotus was designed illuminated too which, to me, represents that good things happen when darkness is exposed and brought to light, with a human brain coming out of it in a shadow form which represents the psyche aspect.

DissDash: How has the response been to your book – especially from the South Asian community?

Gokhale: I’ve found it’s promoting intergenerational healing and education around mental health in our community. At first, I thought only the Millenial and younger generation would take an interest, but when I had older Indian family members and acquaintances read it, they had wonderful feedback and indicated they learned a lot about mental health challenges in my generation (or that of immigrant children in general). I’ve also found that non-South Asian therapy providers enhanced cultural competence in their careers. As for my generation, many connect to the stories as it relates to their own experiences. 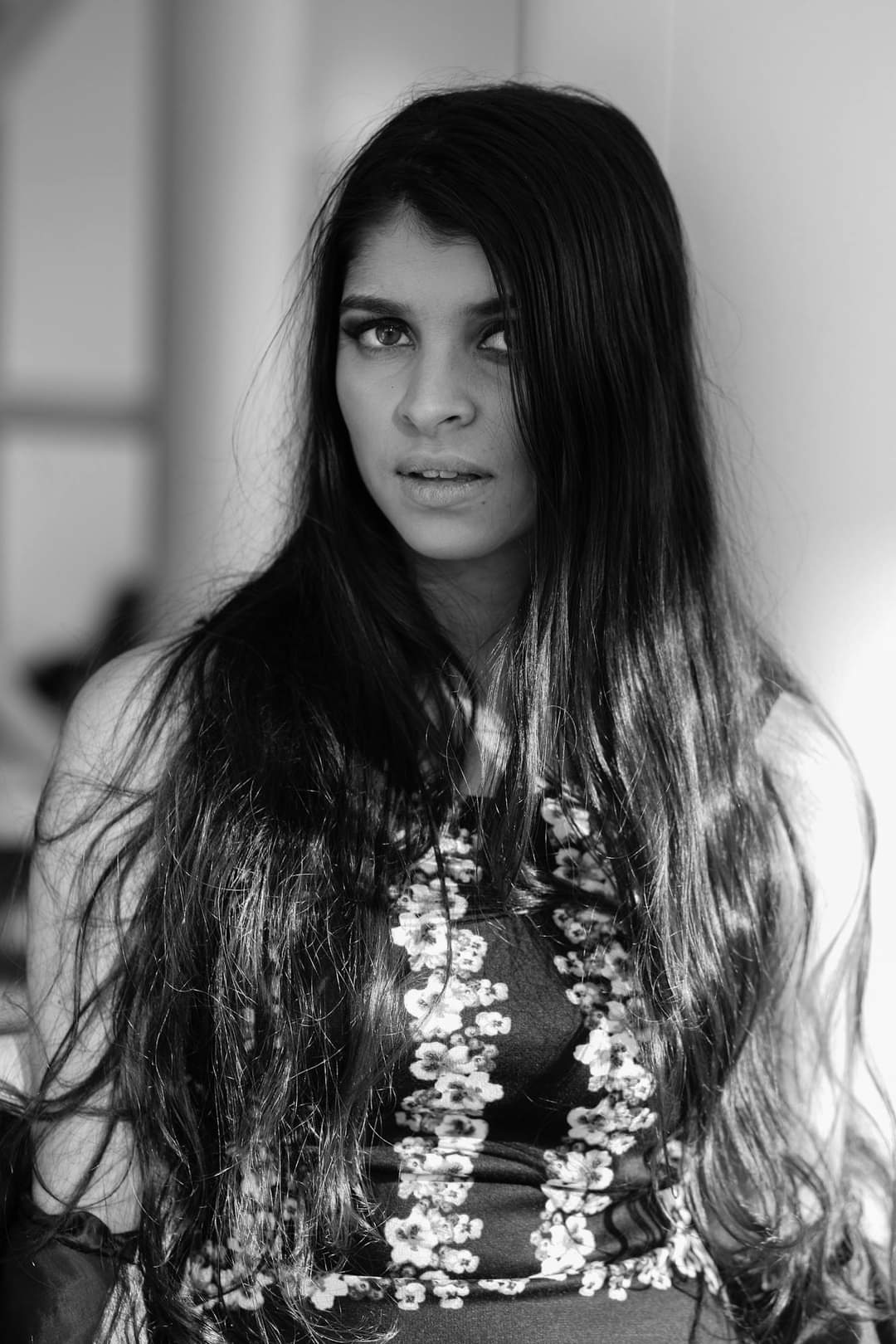 DissDash: What do you want the readers to take away from the book?

DissDash: What’s next for you?

Gokhale: Right now, I’m focusing on getting the word out about my book to my community in any avenue possible to continually promote the path of healing it has started. If and when I write another book, it may be about South Asian male mental health. I originally intended to have half male and half females telling their stories, but I struggled very hard to even find the two men that I featured.