Born and brought up in Washington, DC, Amanda Sodhi later moved to Los Angeles and then Mumbai and Kolkata. On December 31st, 2020 she sold off all her furniture in Kolkata, downsized to one suitcase, and began a new journey of discovering home and belonging across India. 12 Months. 10 Cities. 1 Suitcase. 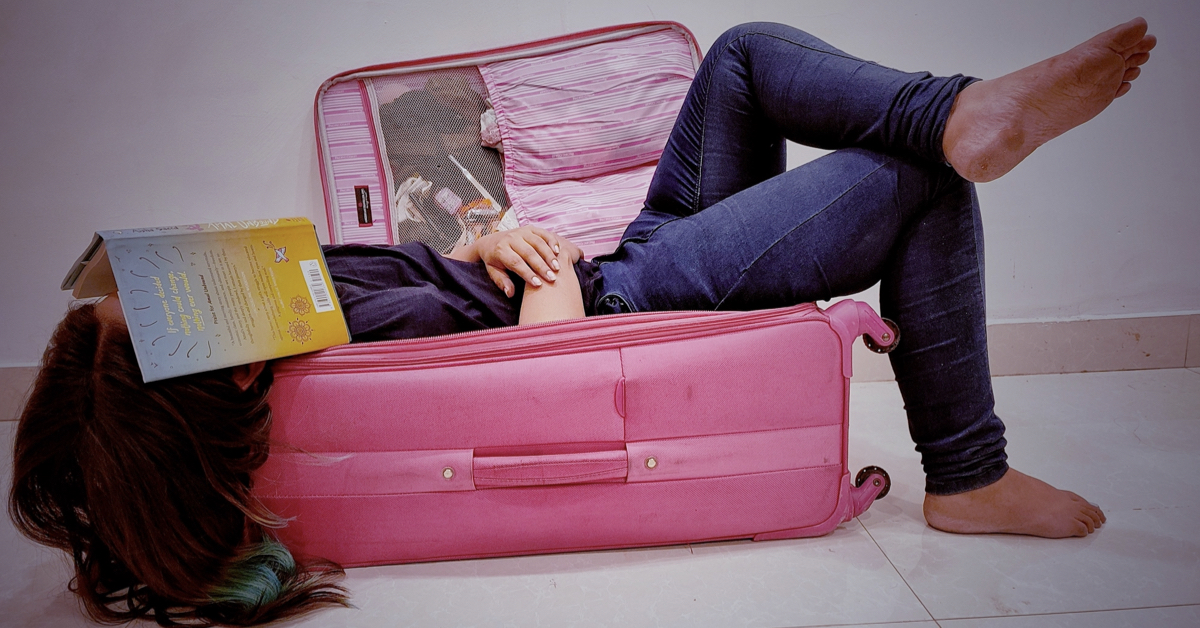 Sodhi has co-written a feature film called “Life! Camera Action.” While in Los Angeles, she wrote and directed a few short films, and began modeling in her free time. Renowned Bollywood lyricist Prasoon Joshi‘s wife approached her for an assignment to translate his lyrics from Hindi to English for his anthology ‘Sunshine Lanes.’ After moving to India, Sodhi dabbled with music, films, and theater before taking a break for 2.5 years and shifted her energy towards growing her startup Pen Paper Dreams, through which she conducts stress-busting creative writing workshops.

We caught up with Indian-American singer-songwriter-filmmaker, Amanda Sodhi, and she spoke about her project ‘Twelve Steps To Home’ and more.

DissDash: Why did you move back from the US to India?

Amanda Sodhi: Although I was born and brought up in Washington, DC, ever since I was a kid I wanted to move to Mumbai and explore music and film. There is a lot of childhood trauma I’ve experienced, and the way I dealt with it was by envisioning a future as an adult where I’d be in another country pursuing a creative profession – it was my coping mechanism. When I was 25, I finally moved to Mumbai. Earlier, I had relocated to Los Angeles when I was 23.

DissDash: What inspired you to make this journey of living out of one suitcase in India?

Sodhi: I spent 4.5 years in Mumbai and 3.5 years in Kolkata. The end result was the same – feeling immensely lonely and isolated. On Diwali of 2020, I was sitting alone in a shikara at Dal Lake (Srinagar) when I realized it would be better to go in search of a home across different cities instead of staying put in one place and sulking. So, at the end of December, I sold all my furniture, downsized to one suitcase and a backpack, and on New Year’s Eve, I kickstarted this journey. I lived in 10 different cities in 2021. 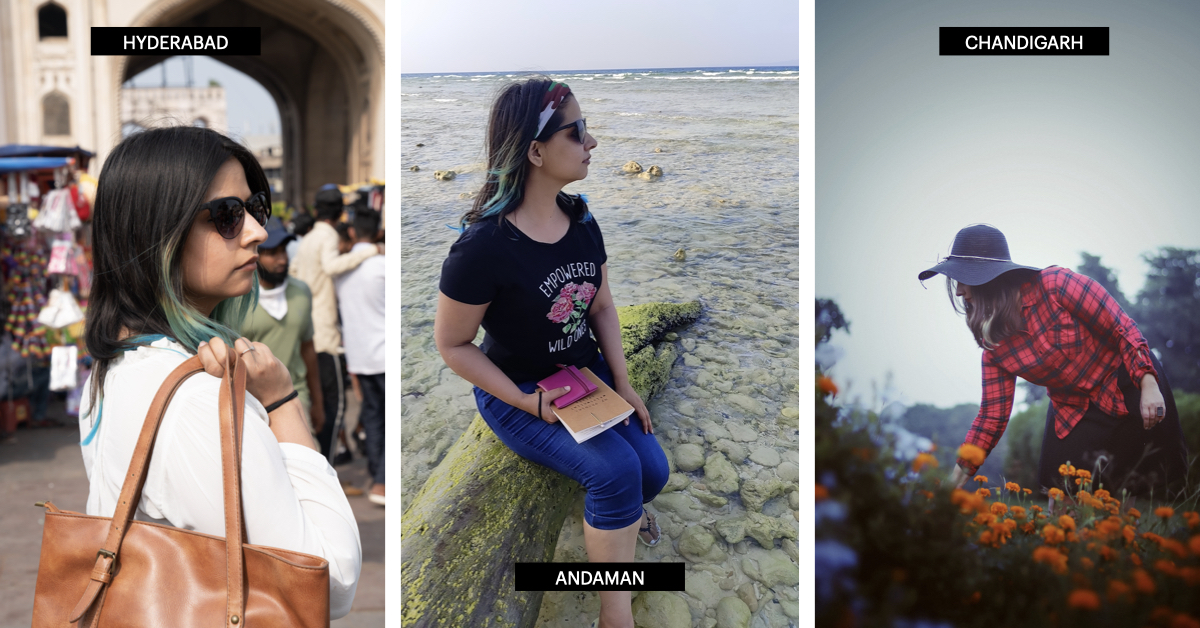 DissDash: What was the experience that touched you the most during this journey?

Sodhi: While I didn’t find “home” or people who could be my “tribe,” I did meet a lot of interesting people and had many memorable conversations. People in Andaman were the kindest. A group of locals I befriended really went out of the way to make me feel at home in Port Blair. In fact, some of my favorite memories of 2021 are with these people – Ashish, Nishant, Debashish, Divesh, and Vrinda.

DissDash: What was a really bad experience that you had?

Sodhi: There was a lot of eve-teasing. Once, a man actually followed me in a car to my homestay in Srinagar, and subsequently even followed me when I walked toward the police station. I felt like telling him, “andar bhi aa jaao, aap hi ki complaint likhaa rahi hoon” (laughs) (Why don’t you come inside? I’m going in to file a complaint against you only). And, I had a bad experience at one hotel in Port Blair where cops were sent after me simply because I wrote an honest review on Google about fraudulent billing. I also had a bad experience at one hostel in Ooty where I had to check out the next day, and at one hostel in Varkala where I was too ill to check out but it was so unhygienic, it was disgusting. 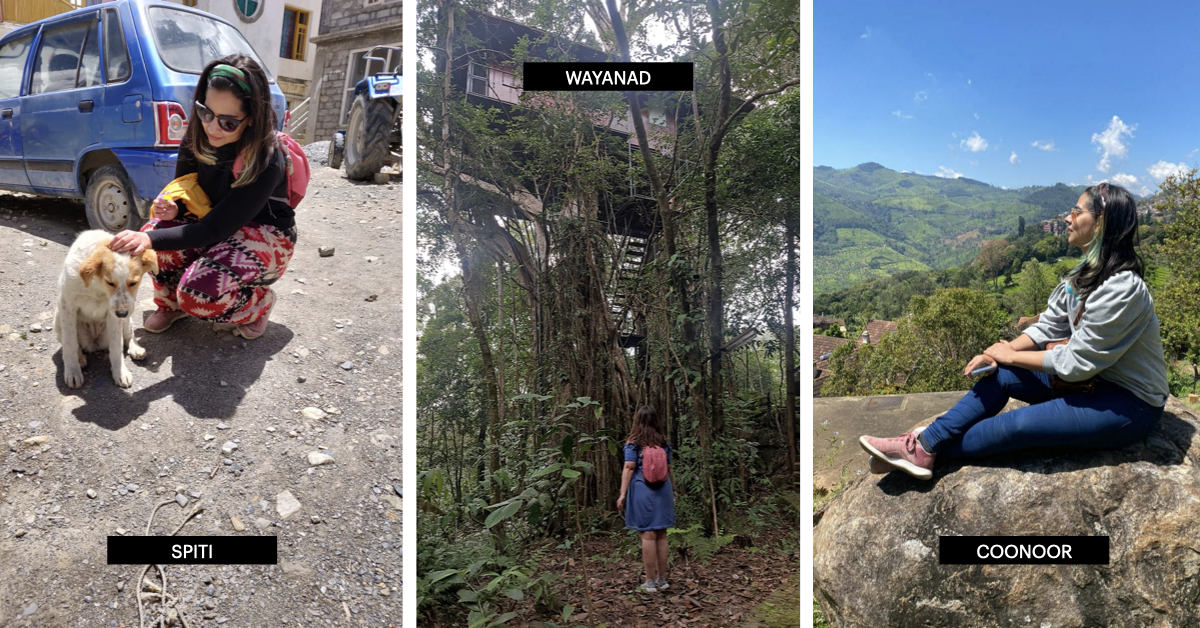 DissDash: Did you find the home you were looking for in India?

Sodhi: I have not found a place that feels like home yet, and it definitely saddens me. I’ve realized that home isn’t a place, it’s people, and when you don’t have a strong connection with your birth family and haven’t been lucky enough to find a “chosen family” either, it can really mess with your mind. It’s exhausting to not have any place to return to or to have people to fall back on blindly. But, there is one thing I do have – hope.