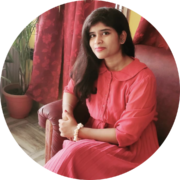 Pen as my sword and words my armor, I love…

Lilly Singh is dancing away with joy as her movie “Riverdance” became one of the top 10 most-watched movies last weekend. So lets all pool in to make it to the list this week too so that we can keep seeing her do the happy dance!

Lilly Singh never lets her audience down. Her strong voice-over as Penny, one of the Megalocerous Giganteous is something not to be missed. She was dynamic with her engaging voice which has been the talk of the town among Irish audiences. Her glorious and strong dialogues have left everyone awestruck.

“Riverdance” is a spectacular animated movie directed by Eamonn Butler and Dave Rosenbaum, inspired by the 90s hit music show conducted by Bill Whelan and Donal Lunny. At that time, this music show was a midnight hit with standing ovations from its 4000 attendees. The show thereafter served as a legacy for upcoming performances in the United States and the whole world.

The movie is a treat to the eyes and a melodious gift to the ears. It has got everything to keep you, your kids, and the oldies in the house stuck in front of the screen. But there is something even more exciting about the movie. Its complete music album has been re-created by the great legend himself, Bill Whelan.

“Riverdance” engages the Irish culture and showcases realms of Irish step-dance with mind-blowing and heart-touching dialogues by Irish actors and actresses. This animated adventurous show made its presence felt to the world when it made its international debut on Netflix.

There is a pool of humor, emotions, dance, drama, singing, and lots and lots of adventure waiting for you to be discovered. The motion graphics have been performed by professional dancers to give you a real feel of true Irish culture.

So if you are stuck in quarantine or simply bored of everyday monotony, “Riverdance” is something that you should definitely watch.

Drama-Shrama & All That Jazz! Kirthana Ramisetti’s ‘Dava Shastri’s Last Day’ Is A Must Read!