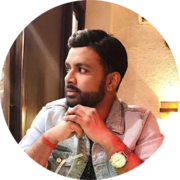 A writer by day and a reader by night, Deepjyoti…

Amidst the ongoing paradigm cultural shift in the world of entertainment, Netflix launched its Asian-focused vertical last week. The brand released the new social media channel, dedicated to pan-Asian content on Instagram, Twitter, and Tik Tok. And we have been screaming “this is for us!!!” ever since.

Netflix Golden and the underlying reason for its existence

AAPI immigrants spend around $130.1 billion in federal income taxes in the US, yet for a long time, Asian talent and content both have been subjected to hate and neglect. The generational shift of cultural inclusion has led to a massive uprising of the show of much need love for Asian content. Netflix Golden is here as a platform that will celebrate and champion our community.

The perfect star-studded video to introduce Golden to the world

The directorial credit for the introductory video of Golden goes to Shruti Ganguly and her skilled production company honto88. In the video, a plethora of Asian celebrities make an appearance. You will see glimpses of Tan France, Kane Lim, John Cho, Marie Kondo, Frieda Pinto, Kevin Kreider, Richa Moorjani, and more.

Golden and the stories you can expect!

Golden promises the promotion and display of Pan-Asain content. Apart from that, you can also expect original social franchises on this channel. These will spotlight the Asian creatives across the globe.

This is not the first time Netflix has created social media channels focused on specific sections of their audience, with Netflix Golden joining the likes of Netflix Is a Joke, their comedy-based channel, and Most, their LGBTQ hub.

A writer by day and a reader by night, Deepjyoti is a tech freak who loves exploring new ventures. He may be silent and secretive but his belief in his passion is destined for glory.