The violent murder of Pakistani-American photographer Sania Khan by her ex-husband has once again forced us to look at the toxicity of relationships in our community. The sheer audacity with which her ex-husband, Rasheel Ahmed, traveled all the way from Georgia to Chicago to confront and eventually kill her has left us all shocked. 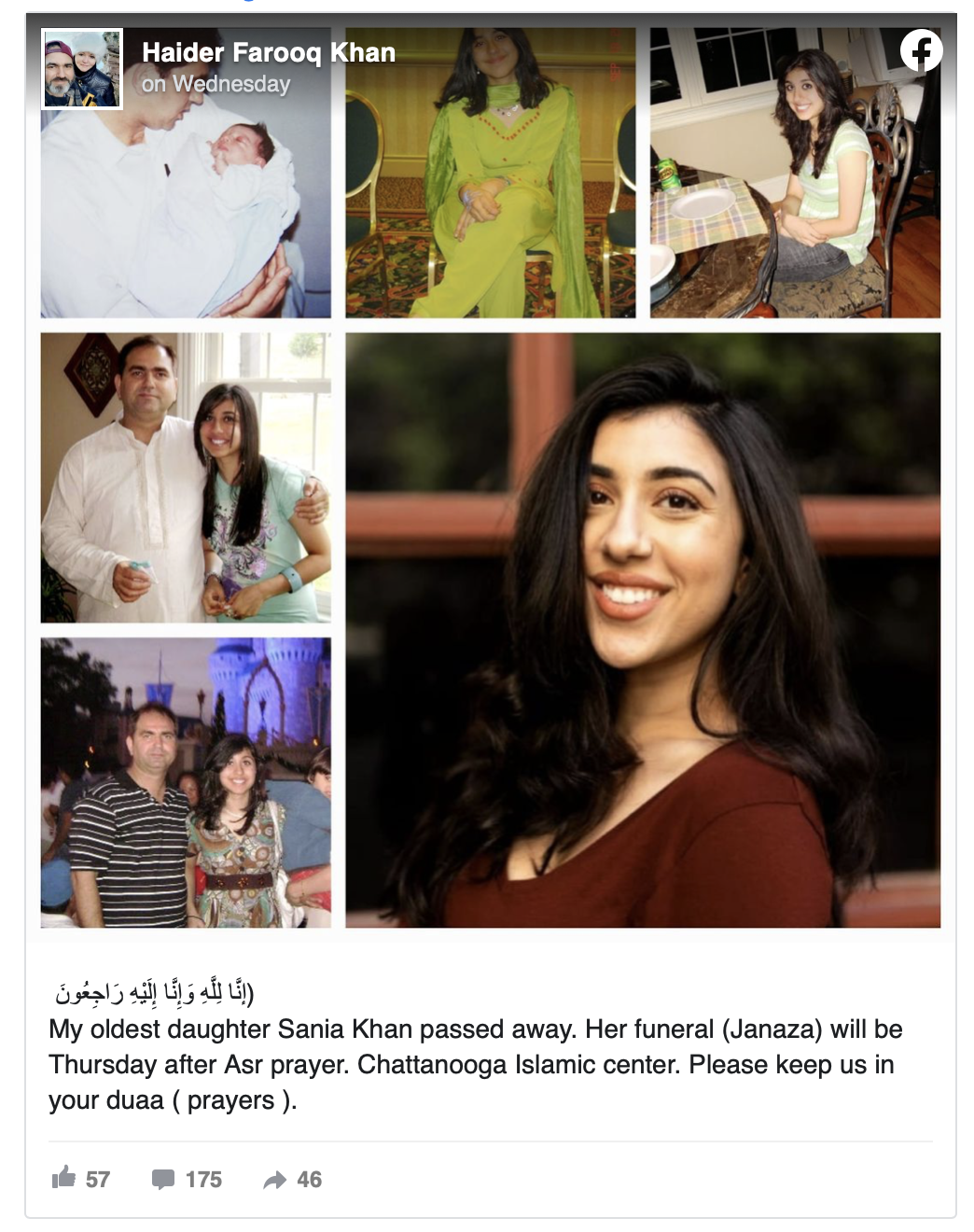 A police report, cited by the Chicago Tribune, stated that law enforcement agents heard a gunshot upon arrival at the scene followed by what appeared to be sounds of a man groaning in pain.

When officers entered the premises, Khan was found dead and her former husband was found in the bedroom with a single gunshot wound to the head. US media added that a firearm was found next to the alleged shooter and a suicide note was discovered nearby.

Ahmad was subsequently transferred to Northwestern Hospital where he was pronounced dead on arrival.

Sania Khan was vocal about her ongoing divorce on social media and lamented the pitfalls she had experienced as a divorced woman.

On her TikTok account, she had written that “going through a divorce as a South Asian woman feels like you failed at life sometimes. The way the community labels you, the lack of emotional support you receive, and the pressure to stay with someone because ‘what will people say’ is isolating. It makes it harder for women to leave [a] marriage that they shouldn’t have been in, to begin with. It’s painful to walk away from someone you once loved. But it’s even more painful to love someone who is careless with your heart.”

At some point, everyone has to deal with rejection, whether it is in a job interview or a romantic proposal. Learning how to accept rejection is an imperative part of growing up, a part that apparently many South Asian men have not wrapped their heads around, especially when it comes to love, marriage, and divorce. From incessant text messages to women who are clearly uninterested in them to the use of physical violence, men who cannot handle rejection can react in many ways- a lot of which can have tragic consequences for women who dared to say “no”.

Why can’t South Asian men handle rejection? Why do they think it is right to react violently when a woman says “no”?

We as a community need to speak up for any and all injustices against our women. We hope there will never be another Sania Khan to suffer the fate that she has.

#SriLankaDollarChallenge – Expats Hope To Revive The Economy, One Dollar At A Time