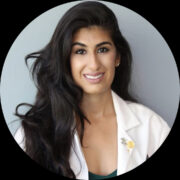 Priyanka grew up in New Jersey. She has a strong…

Did you know 50% of South Asians face discrimination in the United States of America?

In an article published in The Washington Post a survey was mentioned which showed that “1 in 2 Indian Americans experienced recent discrimination” (Badrinathan et al, 2021).

As if dealing with Asian immigration issues for decades was not part of our history, now it has extended to dealing with hatred, hostility, and violence all based on prejudice. What irks me the most is that even American-born desis, like me, have to worry about discrimination when this is our HOME country. We are subjected to bias, but surprisingly we are one of the larger immigrant communities in America.

There have been times that we have been under a microscope. Have you heard of ‘Dotbusters?’ They were a group of individuals who attacked South Asian immigrants in the mid-1980s. In the aftermath of the Sept. 11, 2001, terrorist attacks, several Indian Americans were victims of violent hate crimes and xenophobic rhetoric, with the Sikh community targeted in particular. But just how much discrimination do Indian Americans face today?

Before we can answer that, we need to find the root cause of the problem. Indian Americans enjoy a higher level of professional and financial success relative to many other immigrant communities in the country. But these successes have not inoculated them from the forces of discrimination. One somewhat surprising finding from the survey is that a significantly larger share of US-born Indian Americans state that they have been discriminated against in the past year relative to foreign-born Indian Americans. This holds true across different types of bias — be it skin color, gender, religion or even caste.

We need to create an environment and more opportunities for every person of every age, every color, every religion, every culture. We need equity. Our hopes rise when we look at leaders like Kamala Harris but sadly, the ground realities are way different than what we expoect them to be.

Priyanka grew up in New Jersey. She has a strong interest in exercise science, nutrition, public health, healthcare, and medicine, as she is a physician. She also has an interest in skincare, fashion, dance, and many other aspects of lifestyle, and she loves to spread this knowledge through social media.

The Future Of Code Is No Code