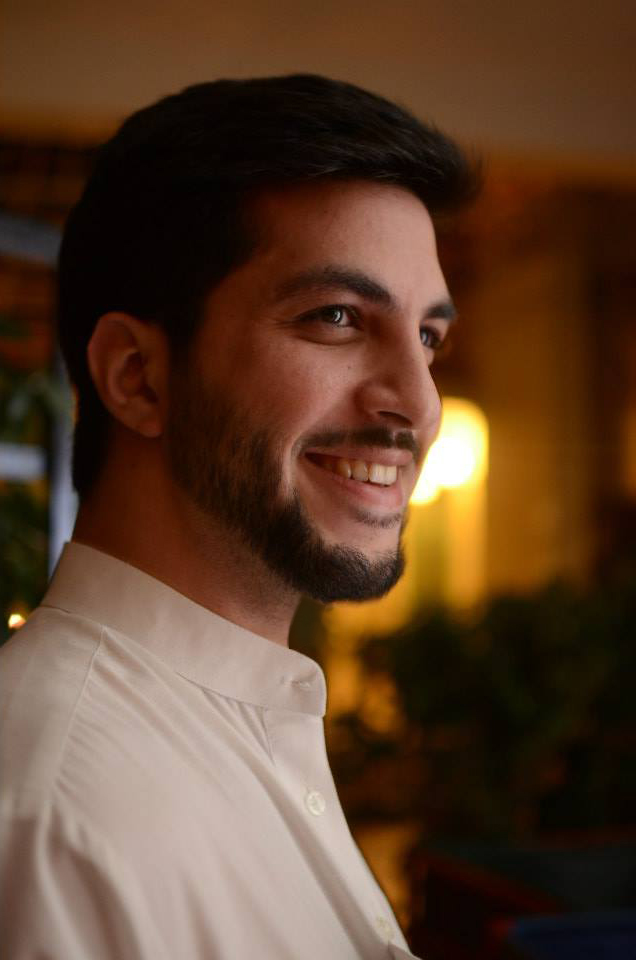 With the world embracing a plethora of technological advancements to come our way, Pakistan is yet to clock massive disruption. The contrast between the old, historic traditions and the mushrooming technology is hard to miss. This is what Omar Gilani seeks to tap into, while artistically portraying a unique depiction of Pakistan.

Gilani is an illustrator and digital artist whose work has dotted exhibitions across the globe. In a conversation with DissDash, Gilani talks about what inspired his career, his futuristic plans, and more.

Gilani’s childhood days were filled with memories of playing cricket, reading, drawing and “a bit too much detention time,” he says. His specialization during university was in the field of engineering, but Gilani soon worked his way into the digital art field. “Most of my motivation in art comes from concept artists working in film/video games. A big local inspiration has been the Pakistani fine artist Ismail Gulgee, who was also an engineer-turned-artist,” he tells us. 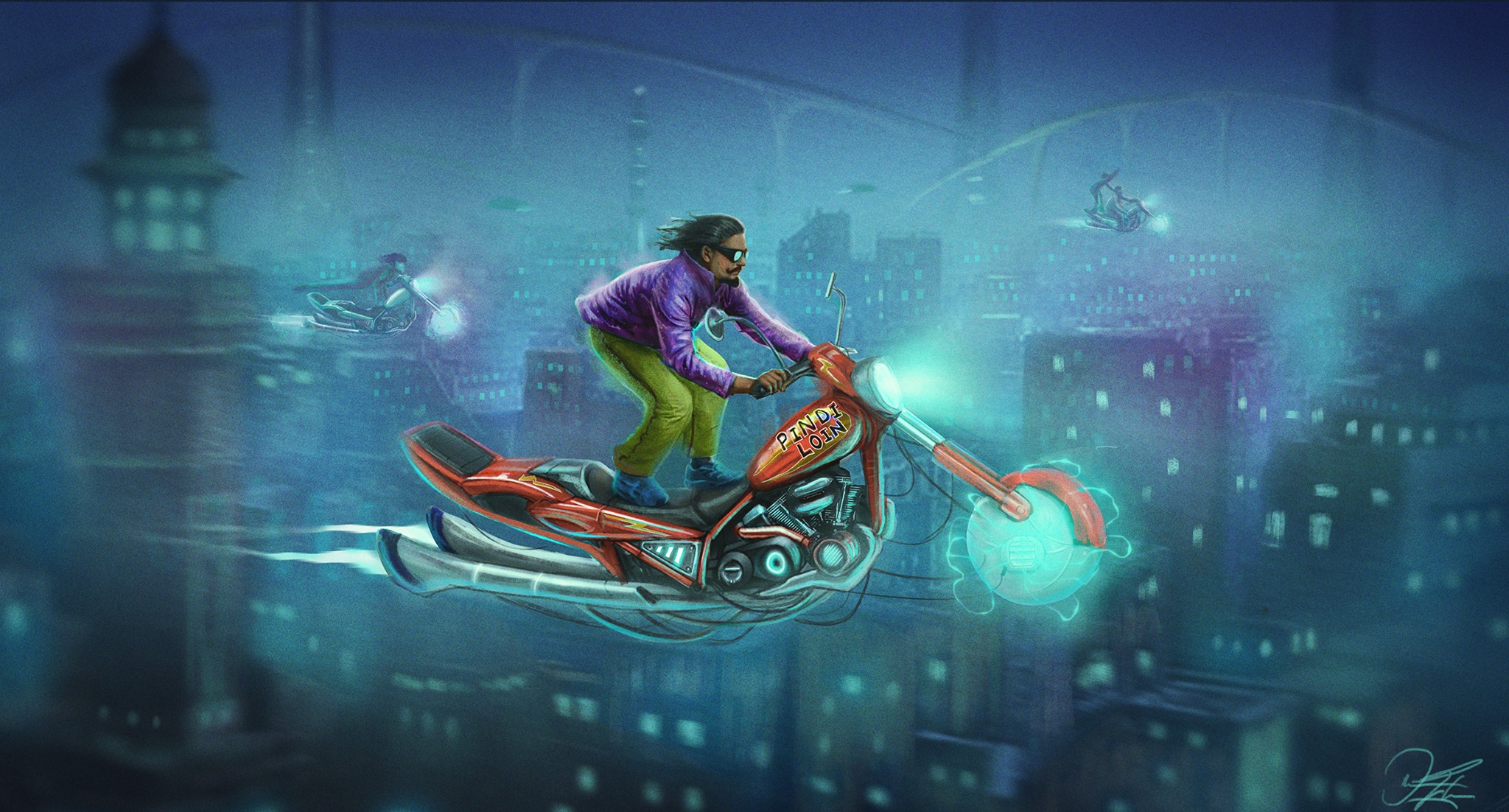 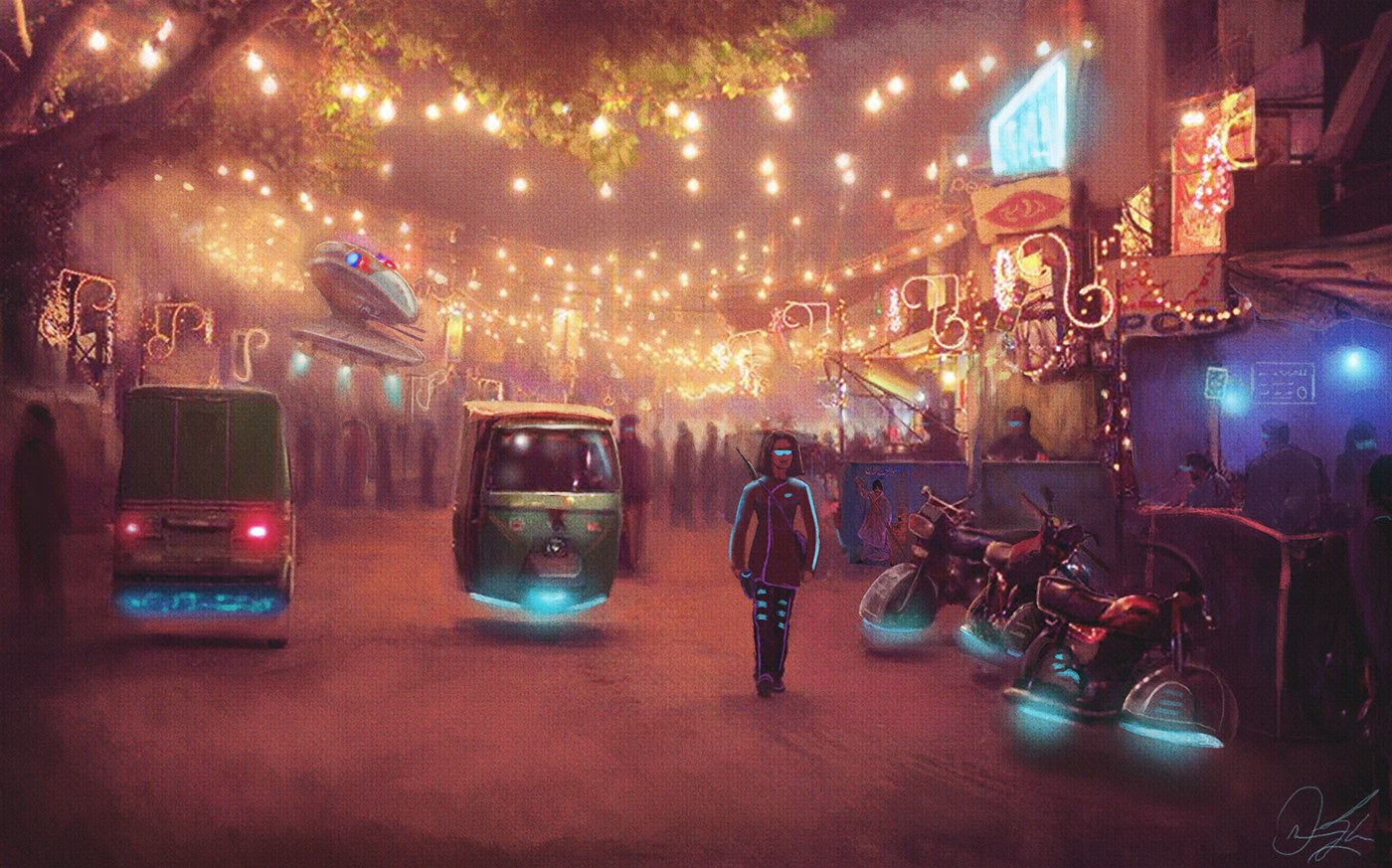 One of his most popular series of artwork, titled Pakistan+, saw him highlight much of Pakistan’s intricate culture and effortlessly weaving a bit of technology into his work. “We have a rich culture, and our relationship with technology even today is quite interesting, so I thought to explore that in a futuristic setting would be fun. It’s not something we can rely on mainstream sources to create – their version of Pakistan is always this Homelandesque terrorist-ridden hellhole, but I wanted to explore the more interesting cultural aspects,” Gilani tells us. 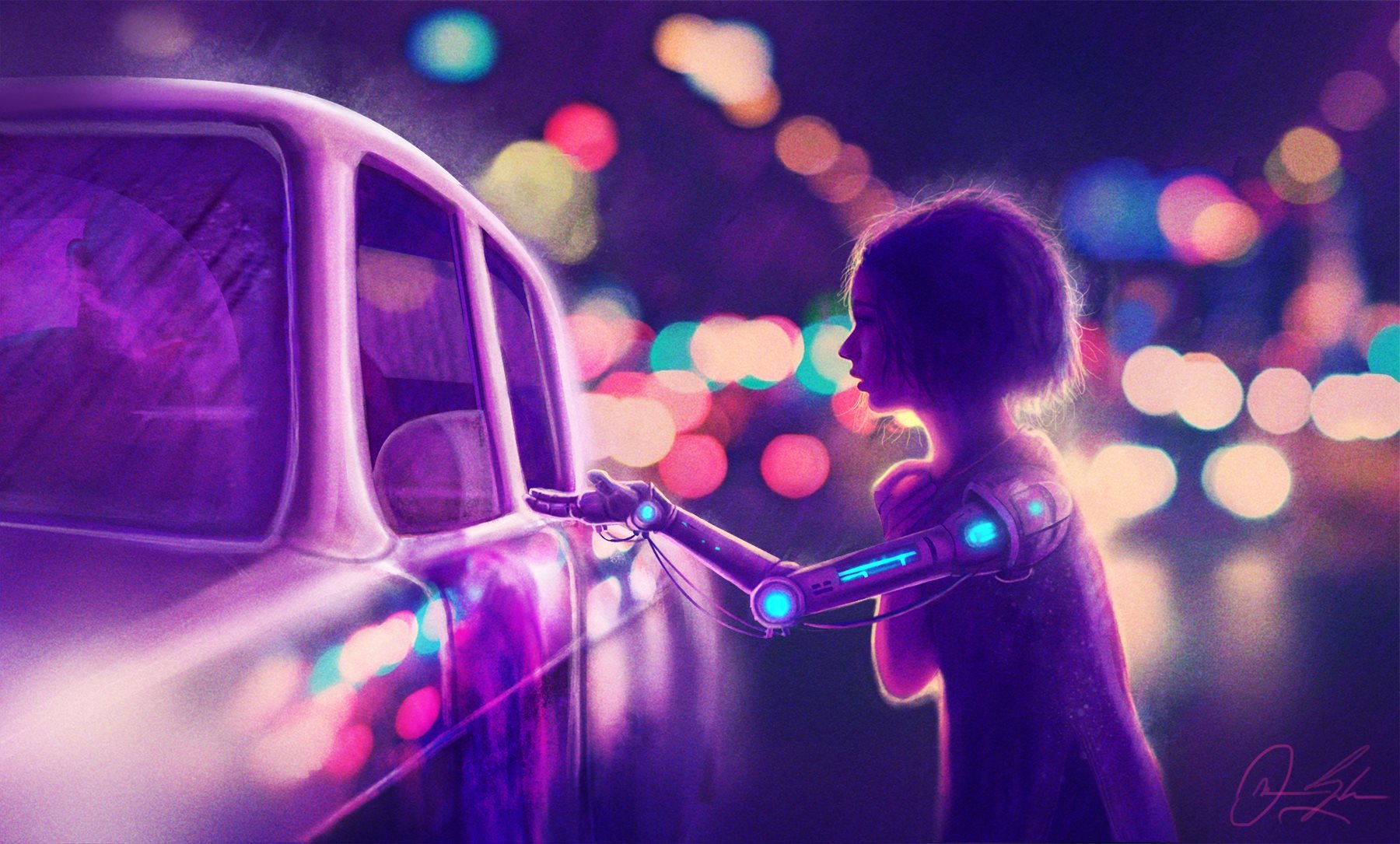 The artist’s work plays science fiction into his paintings. Surely, there must be a favorite, we wonder. “Lots! In movies, I love Star Wars, Blade Runner, Battlestar Galactica. In books, I grew up on classic Sci-Fi, Jules Verne, and H.G. Wells, Asimov, Crichton, etc. Herbert’s Dune is a great influence as well, as well as Heinlein,” the artist tells us. 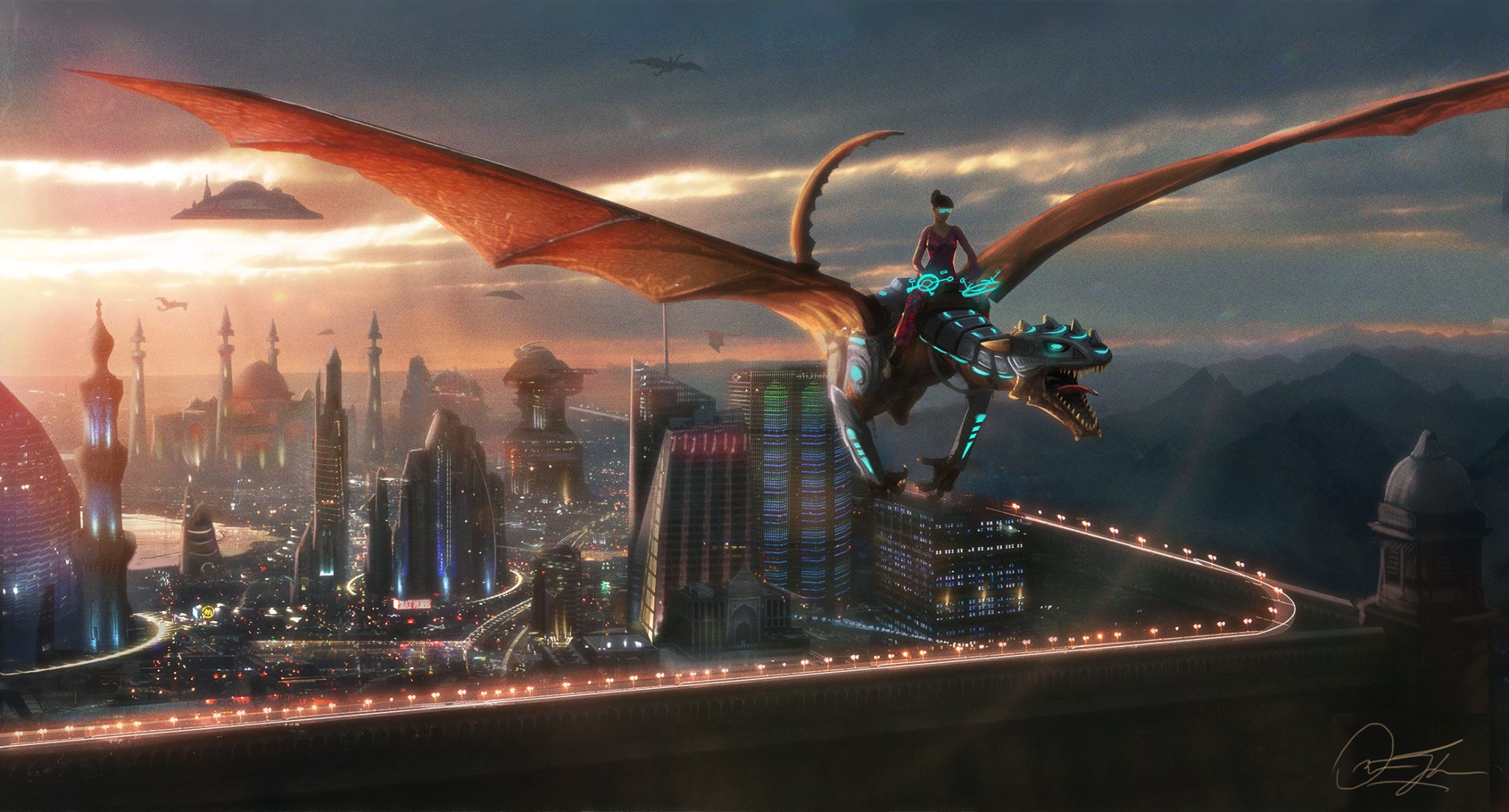 The artwork hasn’t escaped popularity, either. “These images have also been exhibited at Columbia University, and in Dubai. It’s great that people realize we are a bit more multi-dimensional than mainstream media would have everyone believe,” he says. 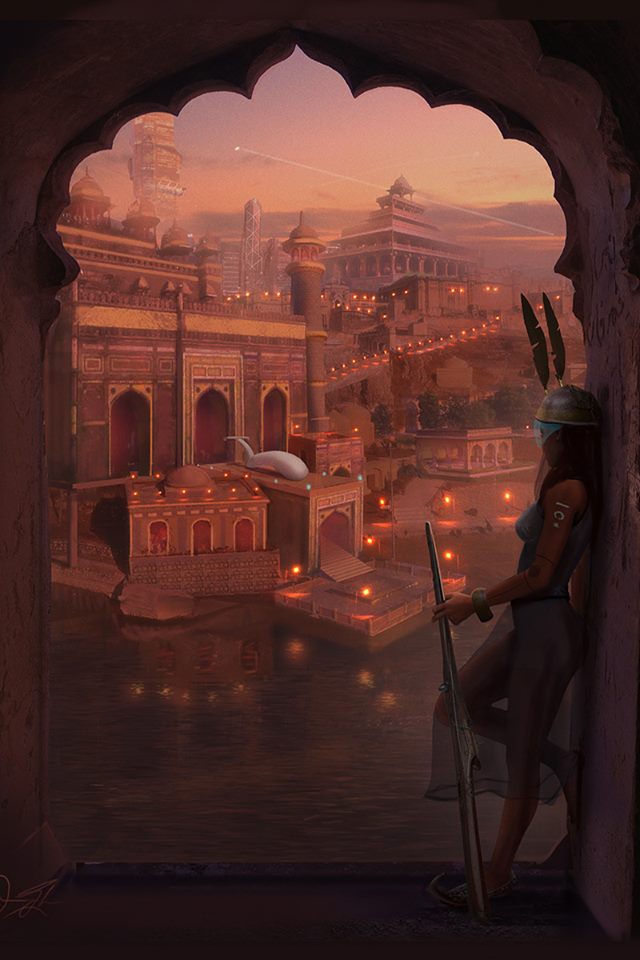 Gilani’s choice to pursue a career that is sometimes deemed atypical holds immense promise for him. And hopefully, for others too. 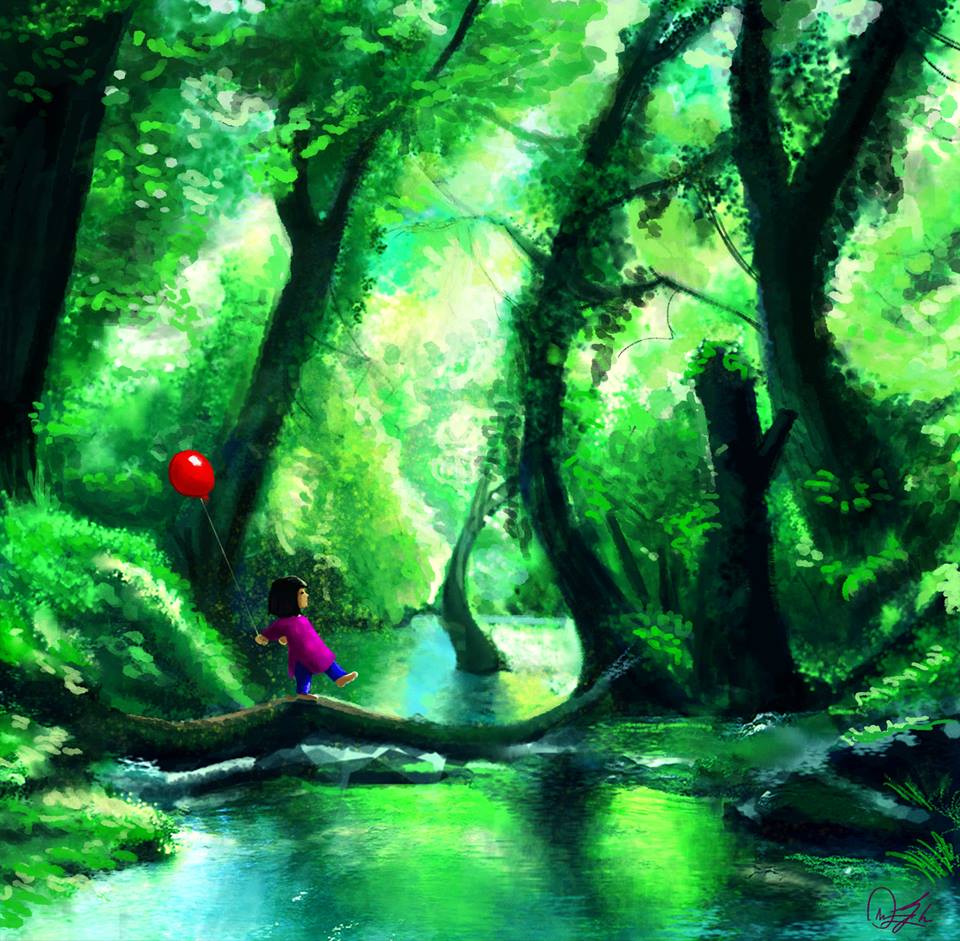 “Figure out who you are, separate from the influences of others in your life, and also separate from the loud voice of your ego, and once you can hear that quiet little voice in the back of your head somewhere, listen to it with full trust,” Gilani says.