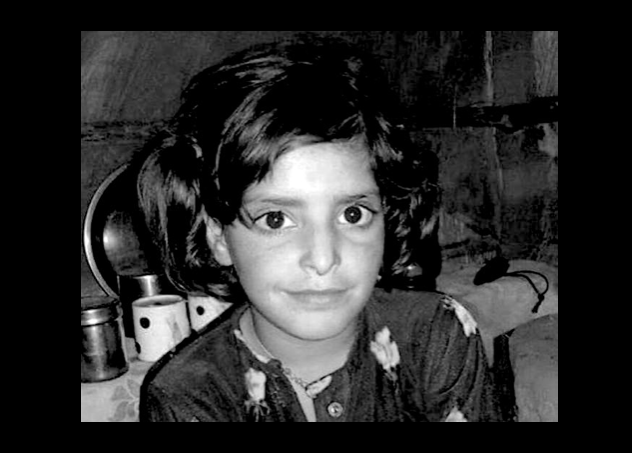 But that does not mean that they get justice. After the Nirbhaya rape case in 2012, which shook Indians to the core, bringing about changes in national laws, nothing much seems to have changed in reality. The heart-wrenching story of Asifa, the 8-year-old, gangrape victim from Kathua, Jammu & Kashmir (J&K), is just another example of the nadir we have touched as humans. With the added aspect of Hindu-Muslim confrontation, political hues and the continuing supremacy of religion over justice – proves that politics in India has reached a new low.

If your 'religion' needs you to hinder the process for justice to an 8-year-old rape victim, you probably need another religion.
And if you are doing it in the name of your religion, probably your religion doesn't need you.#JusticeforAsifa

The horrifying details of the police report are enough for anyone to understand that. The kidnap, rape, and murder of Asifa were instigated by a group of Hindu activists to dislodge a group of Bakherwal Muslim nomads from Rasana village in Kathua near Jammu.

Those who attempt to justify the gang rape of an 8 year old girl on the basis of her religion cannot be called human beings. India's slide towards a morally bankrupt society devoid of a conscience is happening faster than we thought possible. #JusticeforAsifa

Among heavy protests from Hindu lawyers in the court, the J&K Police’s Crime Branch filed the charge sheet on Monday against eight people. Asifa had gone missing from near her house in Rasana on January 10 and her body was found seven days later in the forests nearby. Police reports confirm that the mastermind behind the rape and murder is a retired revenue official Sanji Ram, along with his son Vishal Jangotra (who was actually called from Meerut to satisfy his lust) and nephew, believed to be a juvenile, who kidnapped the girl and kept her in a temple premise. They kept her sedated and continued to rape her for six days. When protests broke out and the police were forced to take action, they killed her and threw away her body in a forest. A police officer has also been arrested for accepting a bribe and covering up the investigation. 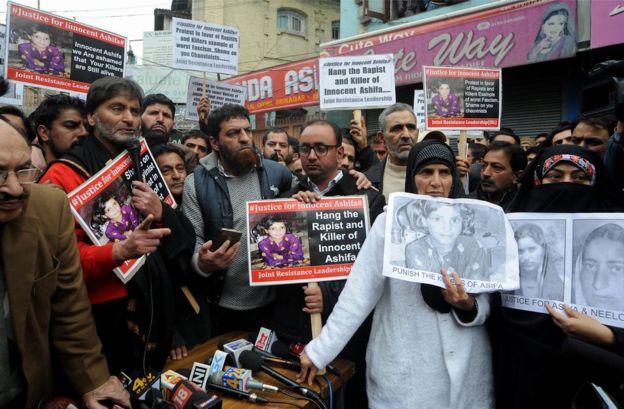 What is disgusting is the fact that politicians from BJP are supporting the accused as they are Hindus and are pressurizing the police and the lawyers to dismiss the charges. The lawyer representing the case of Asifa has been openly warned against fighting against the Hindu criminals.

Is this what ‘India’s Daughter’ deserves? 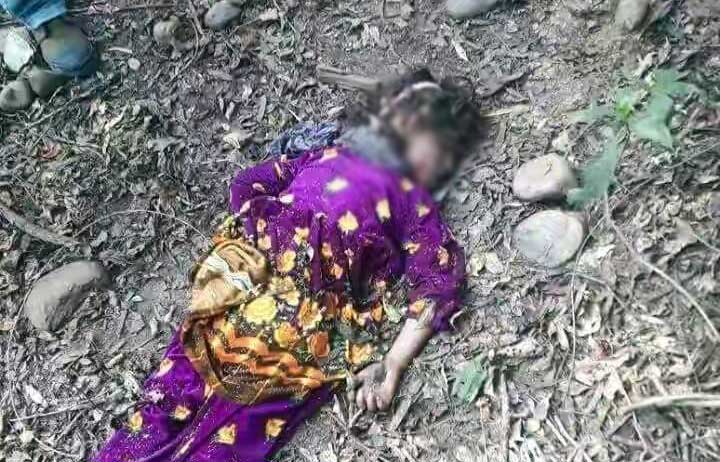 Asifa – an 8-year-old girl, became the victim of the festering Hindu-Muslim divide in India.

With tainted politicians in every corner of the country, little action can be expected from politicians who are saying that the accused Hindus are being targeted due to their religion.

And the others, who are preaching humanity – please let us keep the words aside and act if you can. 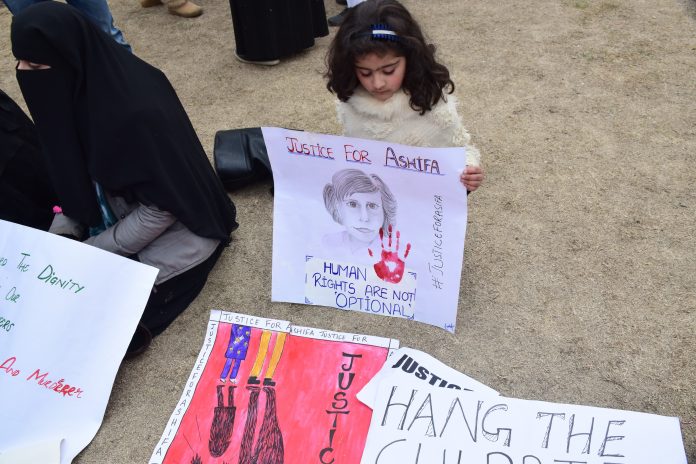 Do not just call her ‘India’s Daughter’. Do not make the term so scary that every daughter of India would cringe at being called one.