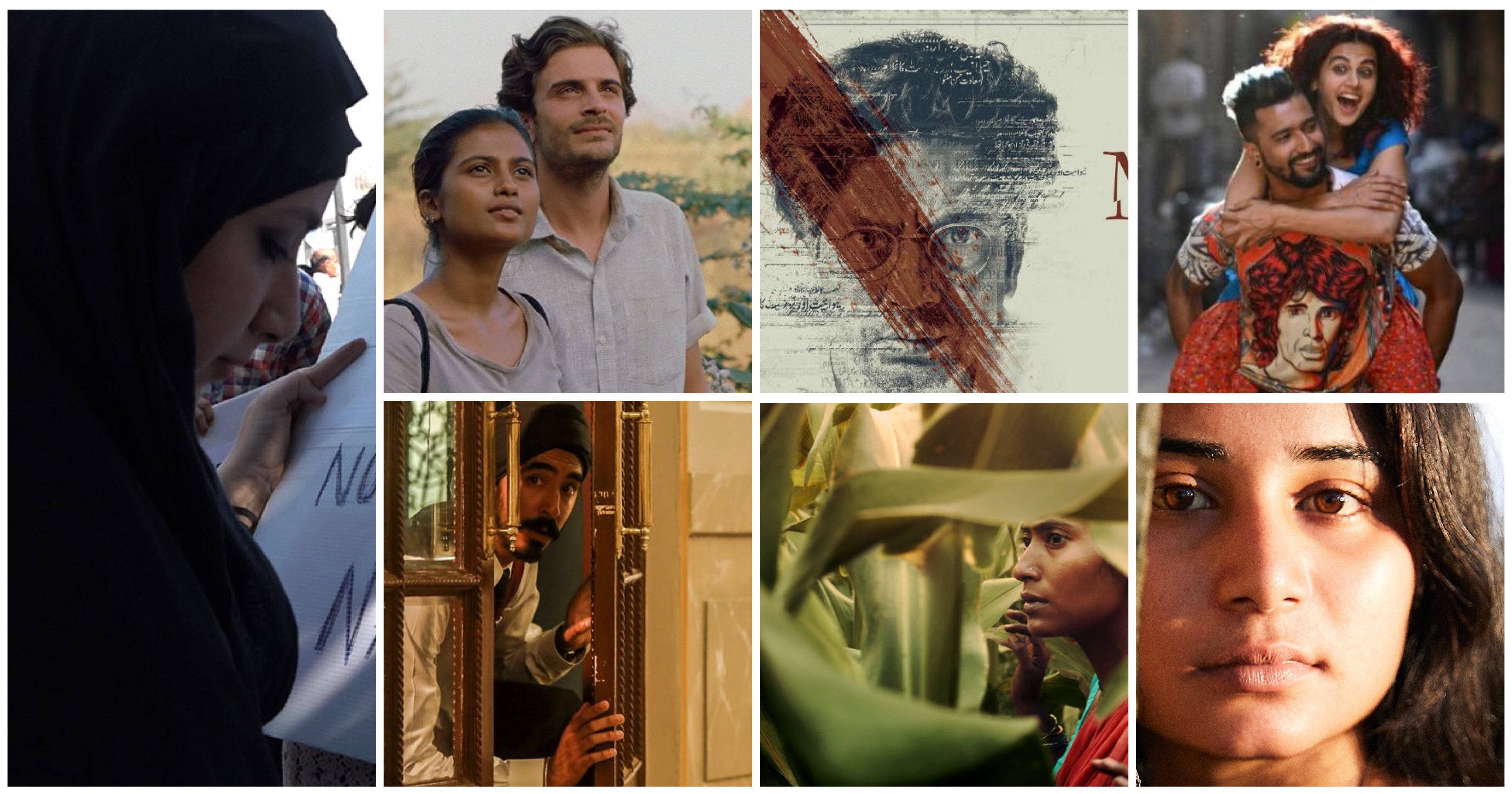 Tune In Tuesdays – Salem Asks Pinky Do You Love Me?

TIFF is a platform which rolls out the red carpet for talented filmmakers and artists from across the world, including South Asian talents. And this time they have lit up and caught the eye of the world through their amazing craft

TIFF took place from Sept 5 to Sept 15, featured myriad of movies like Wedding Guest, Hotel Mumbai, Manto, Manmarziya, was among the movies which were the most talked about movies. There were a variety of films and some of them also were also awarded. 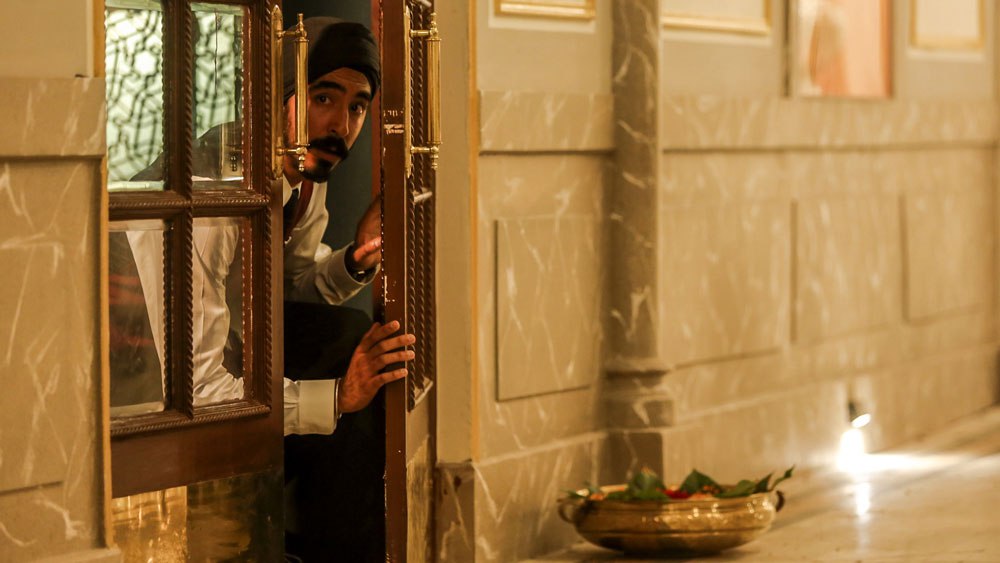 A movie based on the real drama of Mumbai November 26 attacks in Taj Mahal Palace Hotel. Starring Dev Patel, focuses on survival of hotel staff and tourists. It is a thriller movie which shows how everyone in Taj Hotel come together to survive the brutal, unrelenting onslaught of violence from heavily armed Islamic extremists. The movie is a debut movie of Australian director Anthony Mara. The film also features stars like Anupam Kher, Armi Hammer (Call Me by Your Name), Nazanin Boniadi (Homeland), and Jason Isaacs (Harry Potter). 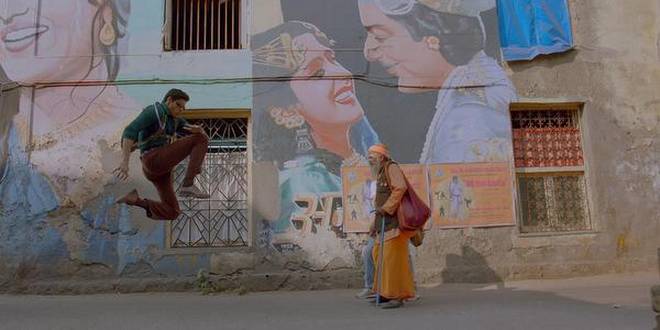 It is a Bollywood infused action movie, which is about a young man who does not feel any pain. The Movie is directed by Vasan Bala who wittily applies the axiom literally, creating the outrageous story of a young man born without pain receptors who longs to defeat 100 opponents in a Kumite tournament. This film has got “the punches of Bruce Lee, the kicks of Jackie Chan and the dance moves of Chiranjeevi.” 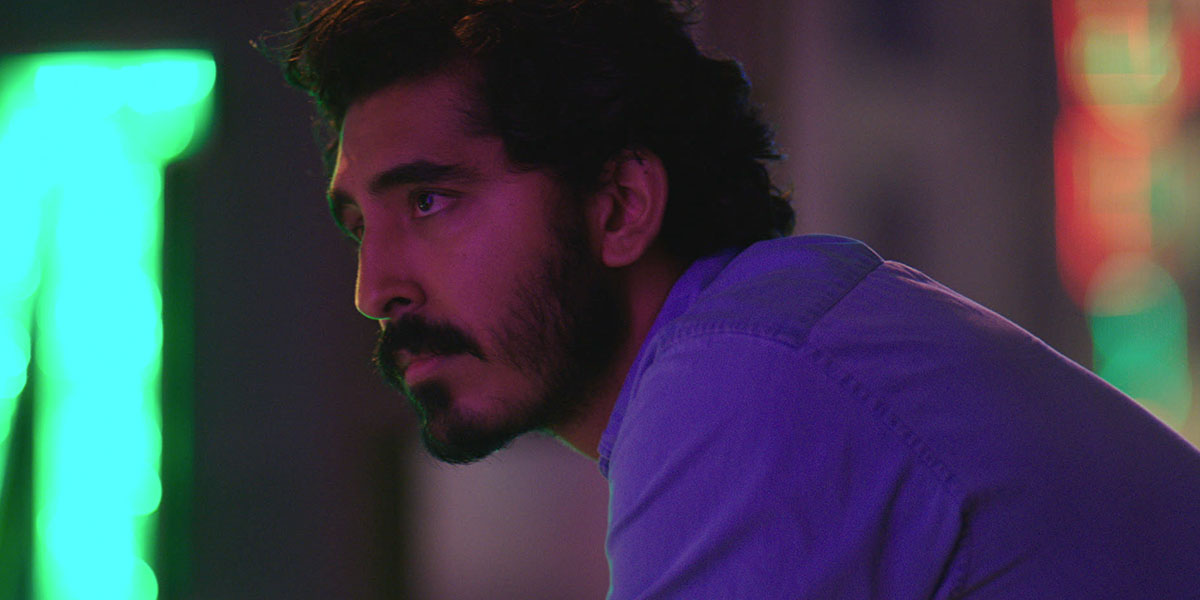 ‘The Wedding Guest’ is another Dev Patel starrer movie, which had its world premiere at TIFF. It is a mystery drama which is about a mysterious young man played by Patel who journeys to Pakistan with a secretive agenda. The movie is directed by acclaimed UK director Michael Winterbottom. Radhika Apte is also seen playing the character of a bride in this thriller. Winterbottom cleverly omits vital information to build up the curiosity of the viewer and the characters and it pays off. Patel and Ape were praised for their work in the thriller. 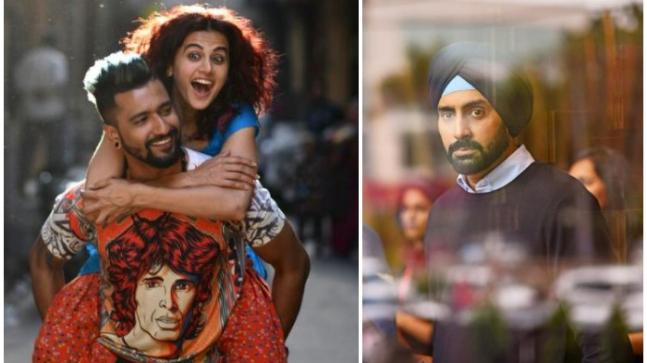 Anurag Kashyap’s ‘Manmarziyaan’ was the big Bollywood blockbuster movie which was premiered at Tiff before releasing in theaters on Sept 14. This Bollywood love triangle drama was mostly loved for its direction and excellent music. Also, it was a movie in which Abhishek Bachchan made his return to the big screen after 2 years. Tapsee Pannu, Vicky Kaushal, and Abhishek Bachchan were lauded for their performance in the movie. 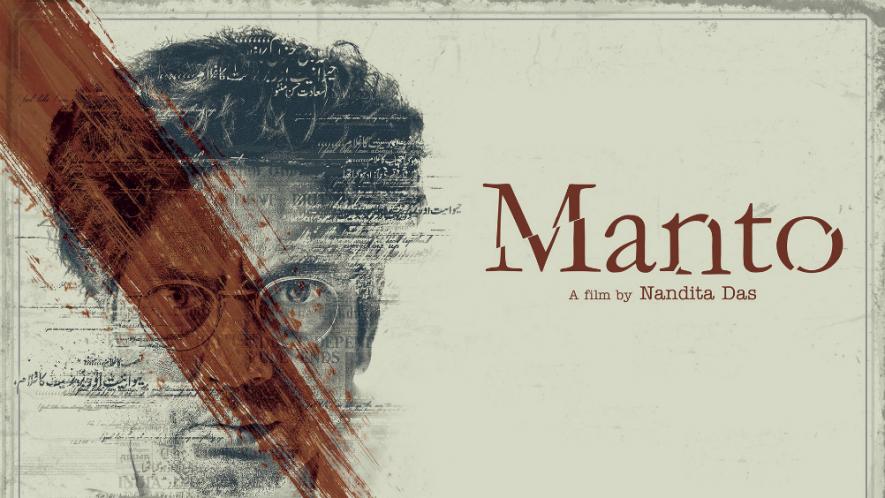 This is another Bollywood flick or rather say a biopic, based on an Urdu-language writer Saadat Hasan Manto, directed by Nandita Das. It can be said that the character Manto was brought to life here by the great craft by Nawazuddin Siddiqui. It biopic portrays the life of Manto during the separation of India-Pakistan. How Manto’s short unflinching stories which mostly captured the brutal reality of everyday life affected the world and how the world punished him for showing the mirror.  Siddiqui’s performance was appreciated at TIFF. 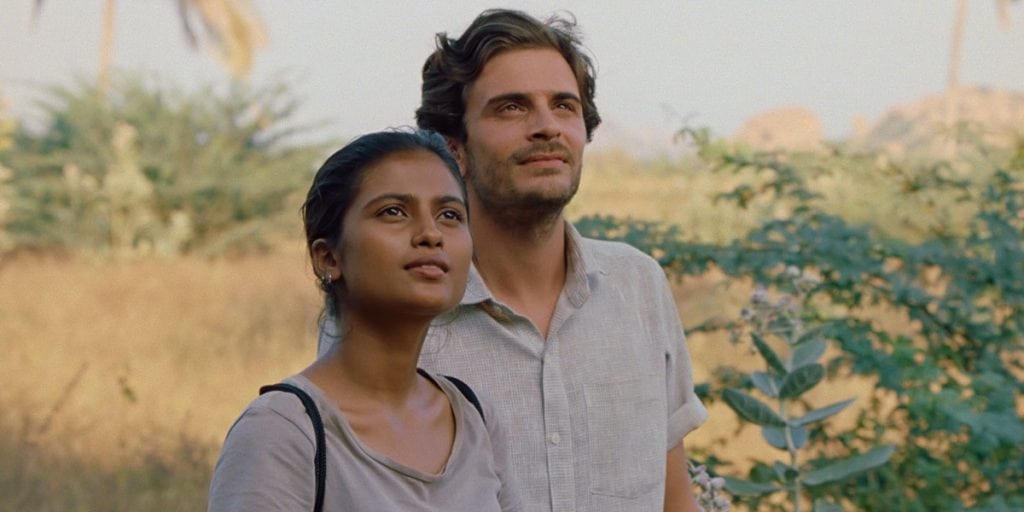 This film is directed by French actress-turned-director Mia Hansen. The film centers on a 30-year-old war correspondent (Roman Kolinka) suffering from PTSD in the wake of being taken a prisoner in Syria. Shaken to his core, he seeks a way forward by returning to the place he grew up: India. Once there, he forges an unexpected bond with his godfather’s college-age daughter (Aarshi Banerjee), which gives way to a tender romance. 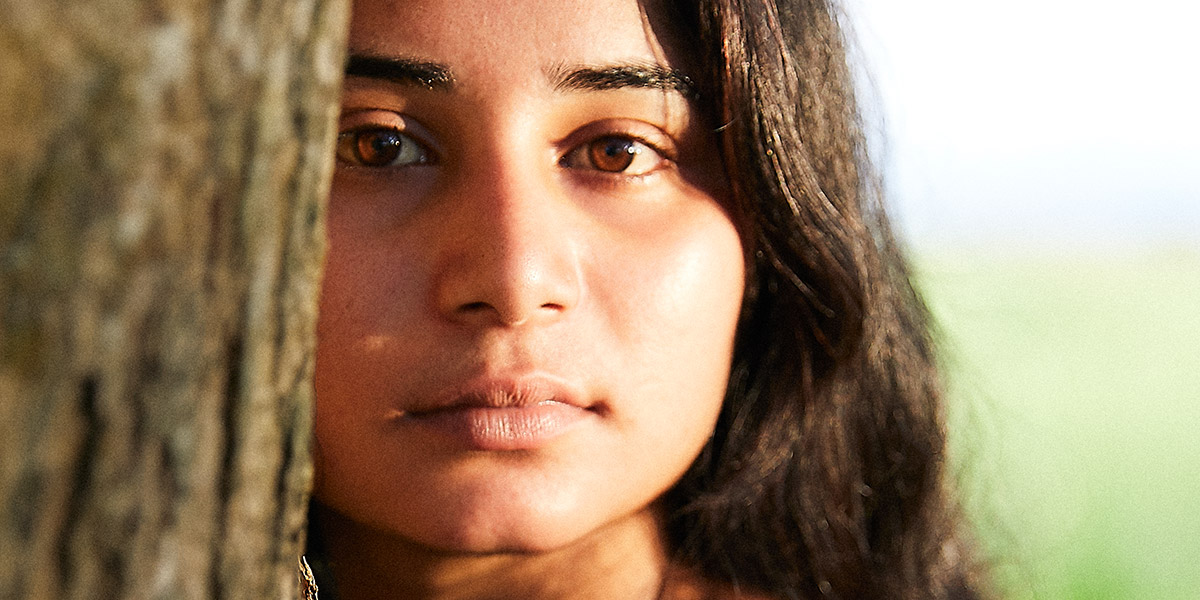 A beautifully shot Assamese film directed by ‘Village Rockstars’ filmmaker Rima Das, Bulbul Can Sing was featured at TIFF in the Contemporary World Cinema category. It is a coming-of-age drama about a teenage girl trying to find her identity through love and loss in a restrictive rural village. It is a story of the struggle of transformation from a young girl to womanhood in a village and how her thoughts clash against the age-old traditions in her village. Her best friends, Bonny and Sumu, also struggle to conform to the beliefs of society. 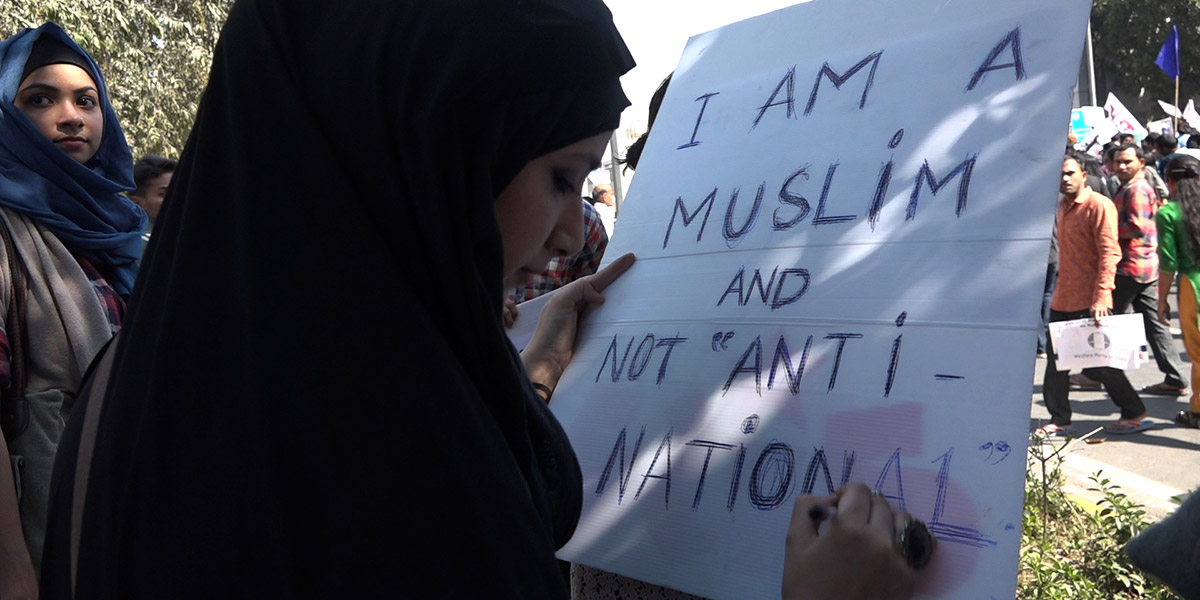 This documentary, directed by Anand Patwardhan’s presents a thorough and sharp look at how India has changed and slipping away from a secular democracy and getting into a more divisive, separating societies by their caste, religion, and beliefs. Patwardhan shows that in recent India how the effects of religious nationalism have changed the country, the assassinations of crusaders against oppression, while also connecting what’s happening in India to similarly troubling scenarios playing out across the world. 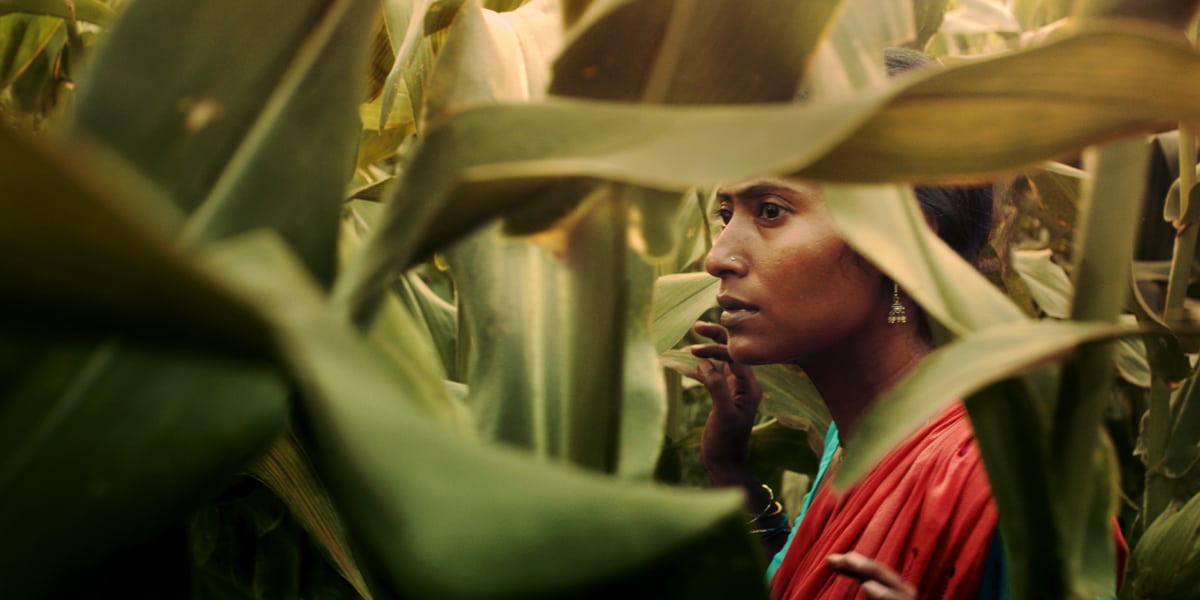 This short movie has won the ‘Best International Short Film’ award at TIFF. The 19-minute movie directed by British-Indian filmmaker, Sandhya Suri is about Lalla (Mia Maelzer), a laborer in a small village, who longs to break out of her soul-crushing lot in life and takes a big chance to make that dream a reality. Suri shows us that Lalla is so much more than that. Suri in her movie shows how Lalla bravely pursues a different life than the one she has been given. 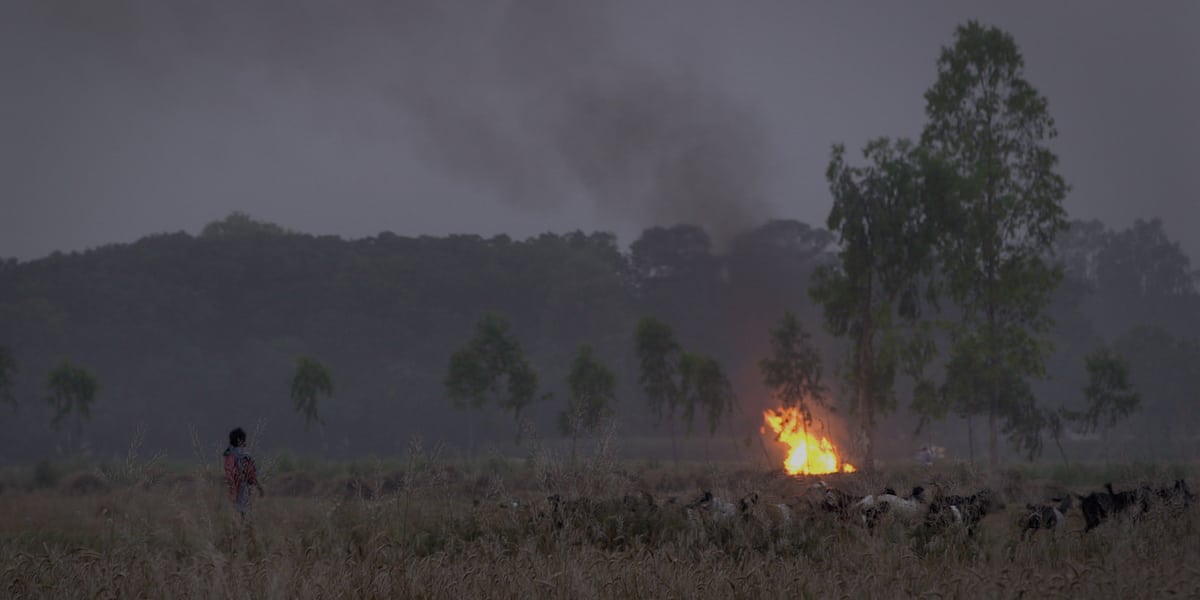 Another short film at TIFF included Jayisha Patel’s ‘Circle’ which is a 14-minute Hindi movie. The film portrays the life through the eyes of 13-year-old girl Khushboo Patel and focusing on the relationship between her mother and grandmother. The movie also focuses on the horrible abuses faced by the young girl. 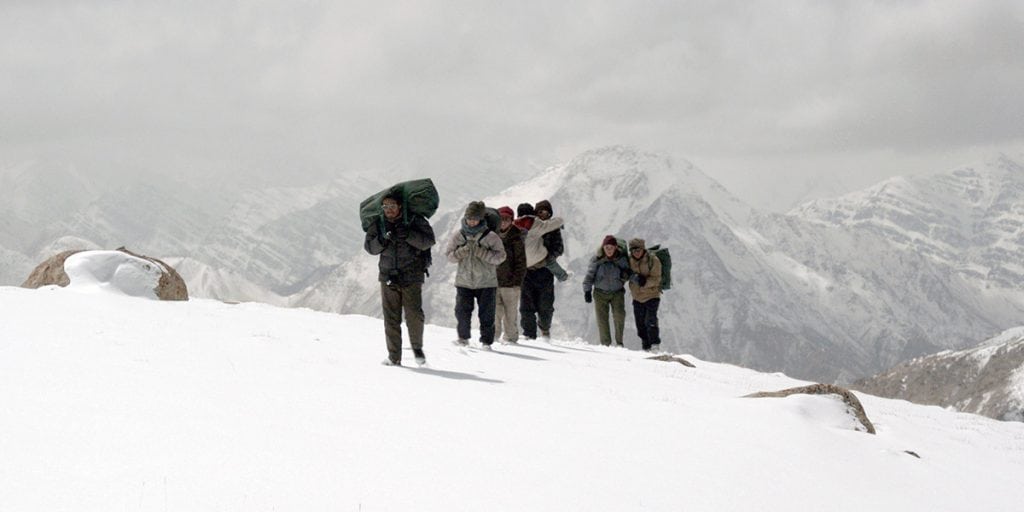 This is a movie about a young Tibetan woman (Tenzin Dolker) living in India. The movie shows how she confronts her torturous journey as a refugee and how a man betrays the woman and her father by double-crossing them on the way towards the Himalayas. Directed by the duo of Ritu Sarin and Tenzing Sonam the film gives a tender, deliberate, beautifully captured thoughts on how to deal with the past.

Tune In Tuesdays – Salem Asks Pinky Do You Love Me?