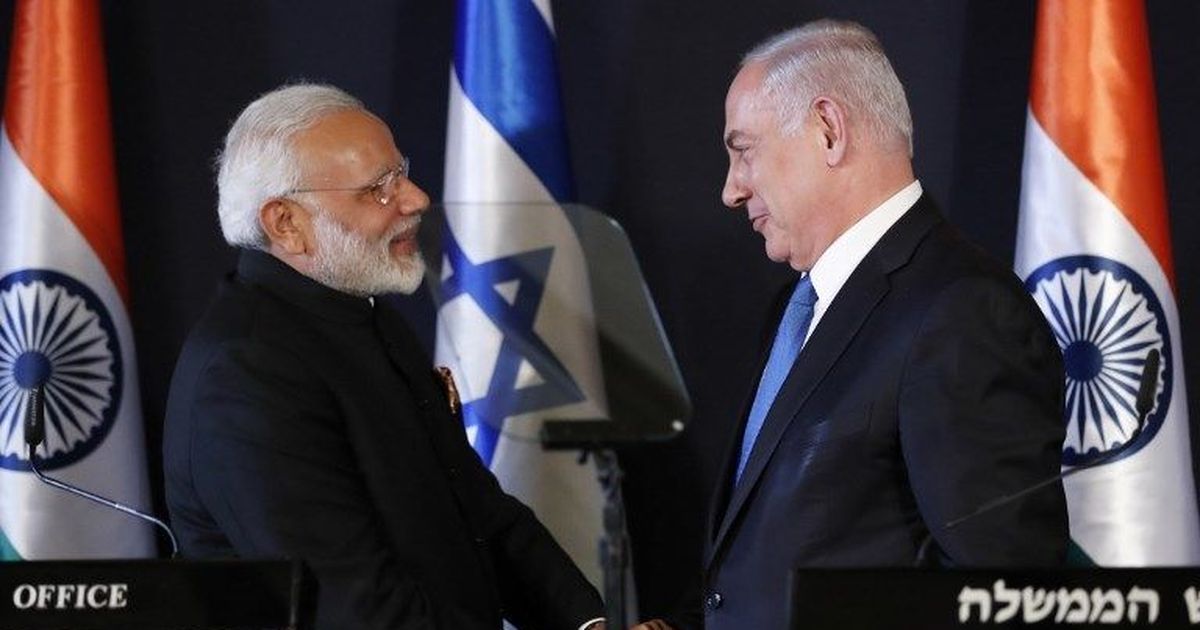 Israel and Palestine’s conflict is one of the oldest and most divisive topics across the political spectrum.

Earlier this year, the US had shifted from its policy and recognized Israel’s claim on Golan Heights. Last year the US had recognized Jerusalem as Israel’s capital. This move had received a lot of criticism as the US was acting as a peace mediator between Palestine and Israel.

In the past, it was often said that India treats Israel as a mistress: that it is happy to have an affair behind the curtains but is not prepared to acknowledge this relationship in the open.

New Delhi voted to recognize Israel in 1950, but Cold War alignments, fear of alienating its large Muslim population, and its need to maintain strong ties to the Arab world for oil, remittances, and Kashmir issue resulted in New Delhi adopting an unsympathetic posture toward Israel. Through most of its post-independence history, India benefitted privately from Israel while refusing to publicly acknowledge it.

But in recent years, with the Modi government at the helm in India, has shifted from their stand and extended support towards Israel. India has abstained on many occasions to vote against Israel in the UN. In 2014, the two nations had negotiations on an extensive bilateral free trade agreement, focusing on areas such as information technology, biotechnology, and agriculture. More than 30 countries of the UN do not recognize Israel. Hence, being accepted as a friend by India holds special value and significance for Israel. It is a win-win partnership for both countries.

According to reports in the Independent, India itself has now become the largest weapons market for the Israeli arms trade. India was Israel’s largest arms client in 2017, paying £530m for Israeli air defense, radar systems, and ammunition, including air-to-ground missiles – most of them tested during Israel’s military offensives against Palestinians and targets in Syria.

On June 6th, 2019, India voted in favour of Israel’s resolution to deny observer status to Palestinian non-governmental organization Shahed at the ECOSOC under the draft decision titled, “Application of the non-governmental organisation Palestinian Association for Human Rights – Witness for consultative status with the Economic and Social Council” that sought to return to the NGO Committee Witness’ application for consultative status, a very rare occurrence.

As per reports in Indian Express, the decision was adopted by a recorded vote of 28 in favor to 15 against, with five abstentions. Countries voting in favor of the decision were Brazil, Canada, Colombia, France, Germany, India, Ireland, Japan, Korea, Ukraine, United Kingdom, and the United States.

The Council decided to return the NGO’s application as the organization failed to present important information when its credentials were being considered during the Committee on Non-Governmental Organizations earlier this year, according to a record of the meeting on the UN website.

This shift in the foreign policy and diplomatic relations may be attributed to the arms deal and the counter-terrorism against Islamic neighboring nations.

As Indian politics has slowly shifted towards the right, it’s sadly isolating itself from a large global demographic of allies it has had for decades, along with a large demographic of its own, owing to right-wing policies. India is outrightly supporting a nation which it has condemned for human rights violations over the years. But with economic and military considerations in sight, the Indian government does not seem to be inclined towards keeping its opinion about Israel under wraps.

How this open support will unfold in the near future in terms of diplomatic relations with the Arab World and other allies,  remains to be seen; but the current wave of right-winged diplomacy is sure taking India on a path of no return.