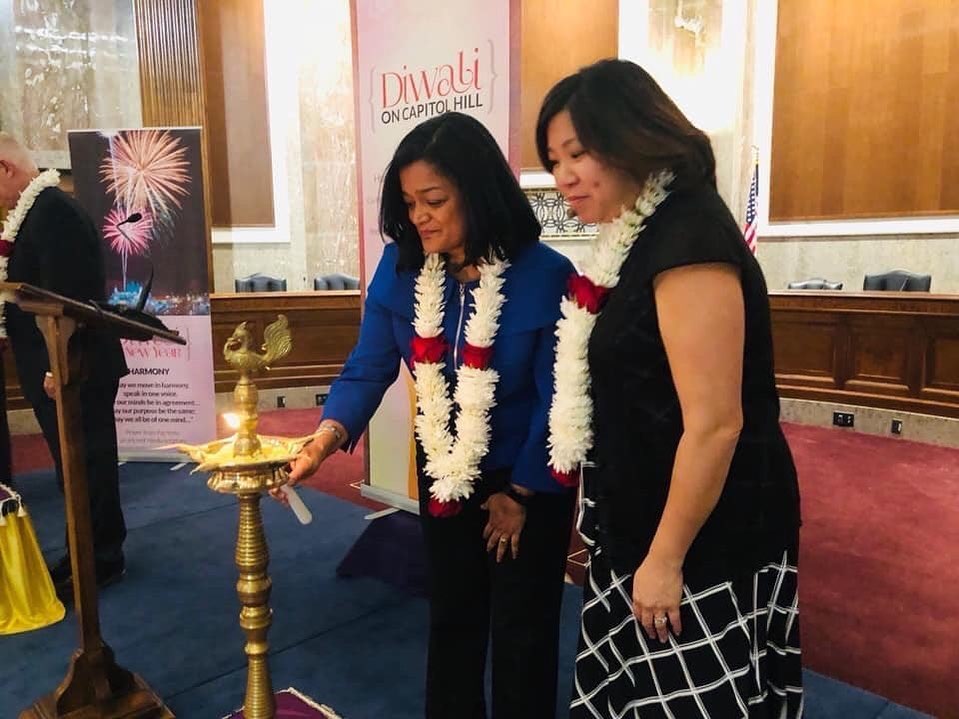 U.S. Representative Pramila Jayapal (WA-07), the first Indian American woman ever elected to the U.S. House of Representatives, issued the following statement in commemoration of Diwali, the “Festival of Lights,” which is celebrated by Hindus, Jains, Sikhs, and some Buddhists across the world every autumn.

On Tuesday, October 22nd,  The New York Times highlighted Jayapal and other South Asian members of Congress who celebrate the holiday.

“Diwali reminds us that dharma – goodness, duty, and righteousness – must always prevail. As we celebrate the Festival of Lights, let us commit to bringing hope and light to our work and our world,” said Jayapal.  “Let us continue to oppose the forces of hate, racism, xenophobia, and Islamophobia that seek to divide and distract us. Let us call out injustice and inequality wherever it occurs, whether on the borders of our land or in the lands of our birth.”

In June, Jayapal led the introduction of the South Asian Heart Health Awareness and Research Act, a bipartisan bill to raise awareness regarding the alarming rate of heart disease in the South Asian community and invest in reversing this trend.