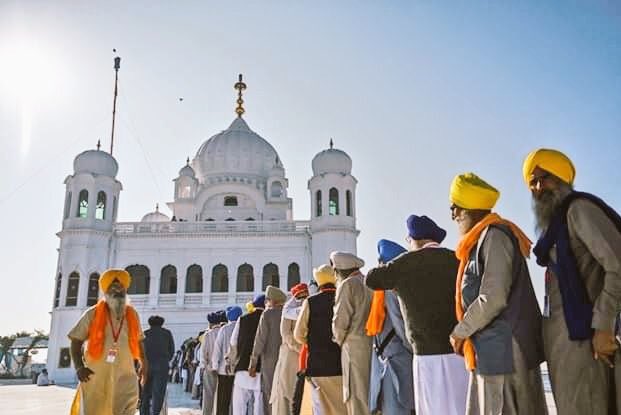 The first batch of the Indian pilgrims entered Pakistan earlier today through the historic Kartarpur corridor which was thrown open ahead of the 550th birth anniversary of Sikhism founder Guru Nanak Dev.

Pakistan’s Prime Minister, Imran Khan inaugurated the corridor on the Pakistan side, by removing a curtain that was lifted by hot air balloons. A huge kirpan (dagger) was displayed at the inauguration site.

“I was not aware of the importance of the Kartarpur till a year ago,” Imran Khan told a gathering of over 12,000 devotees, including former Indian Prime Minister Manmohan Singh and Indian cricketer-turned-politician Navjot Singh Sidhu. 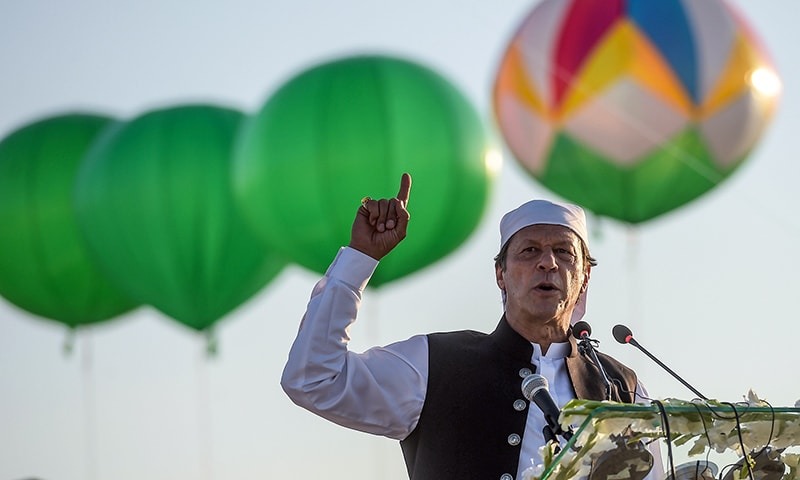 Indian Prime Minister, Narendra Modi, inaugurated the passenger terminal building of the corridor on the Indian side, also known as the Integrated Check Post, where pilgrims will get clearance to travel through the newly-built 4.5 km-long corridor.

The Kartarpur Corridor was first proposed in early 1999 by the then prime ministers of India and Pakistan, Atal Bihari Vajpayee and Nawaz Sharif, respectively, as part of the Delhi–Lahore Bus diplomacy.

At the inauguration Imran Khan said Pakistan believed that the road to the prosperity of the region and bright future of our coming generation lay in peace, saying that today Pakistan not only opened the border but also their hearts for the Sikh community. 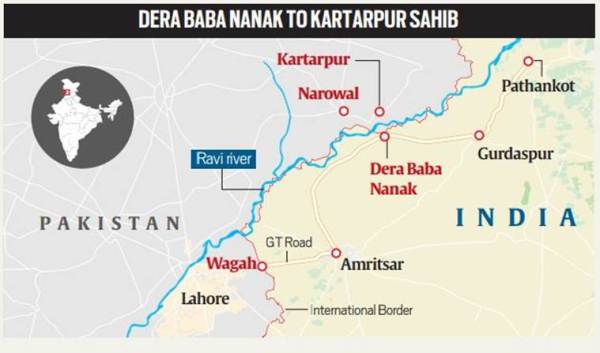 On the other hand, Prime Minister of India, Narendra Modi, compared the decision to go ahead with the corridor by the two countries to the fall of the Berlin Wall, saying that the project may help in easing tensions between the two countries.

This event is being globally regarded as a big moment in the relationship between India and Pakistan. Many are hopeful that this will help improve ties between the ever sparring neighbors.