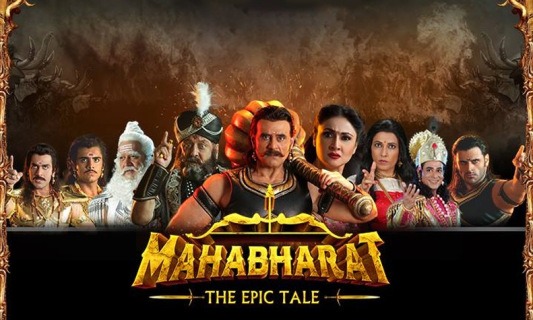 Thousands of years ago, sage Ved Vyasa wrote the epic “Mahabharat” and till date, it remains a topic of interest for most Indians. There have been so many plays, books, movies, and serials on the epic and people are still excited to see different versions of the world’s biggest epic.

The most popular version has been BR Chopra and Ravi Chopra’s cult TV series (1988), which remains etched in our collective memory. Punit Issar got a cult fan following playing Duryodhana in the series and till date remains popular as the character. This time he turns the director and writer of this grand play, along with playing Duryodhana yet again.

The plot is based on “Mahabharat” and covers important episodes which shape the characters of Duryodhana and Karan. The curse of Lord Parshuram on Karan, Karan’s friendship with Duryodhana, Duryodhana being mocked by Draupadi, the dice game and finally the killing of Karan and Duryodhana are the highlights of the play. Though the play is based from Duryodhana and Karan’s point of view, yet the makers have given a great overview of Lord Krishna, which remains in memory. 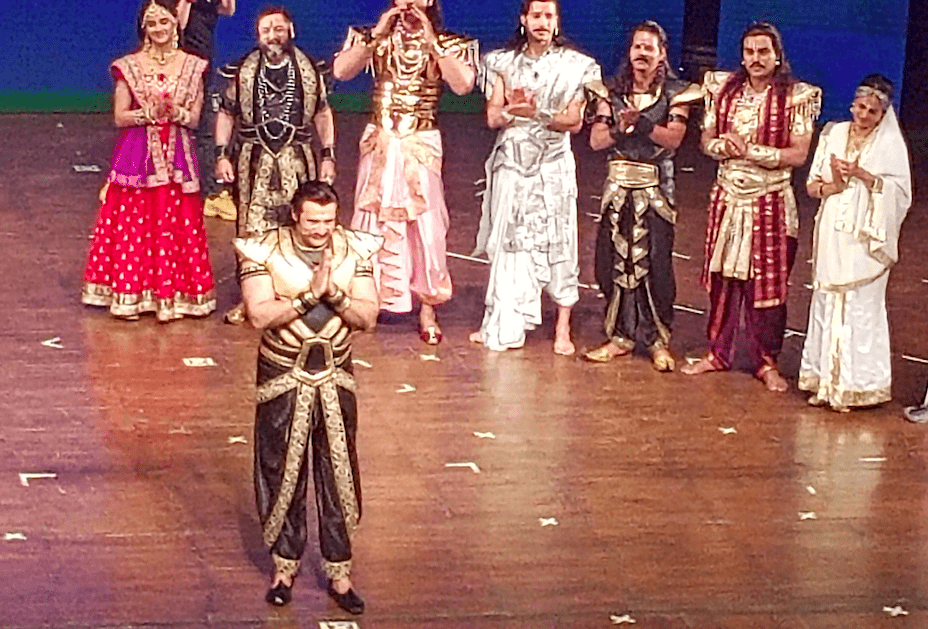 The play is produced by Felicity theatre and its production values and canvas are extraordinary. The sets, back-screen, costumes take the audience into the “Mahabharat” era. The visuals of Lord Krishna showing his viraat roop is a spectacle on the background stage.

Punit Issar is the star of the show. He is still so fit and strong as Duryodhana and his entry and dialogues left the audience clapping and whistling for more. Gufi Paintal replays his Shakuni act and his scenes with Punit reminded us of the good old “Mahabharat” series magic.

Rahul Bhuchar, who is also the producer of the play, excels as Karan. It is good to see Punit’s son Siddhant Issar as the young Duryodhana. Lord Krishna is played effectively by TV actor Yashodan Rana and his similarity with Nitish Bhardwaj does wonders for the play. 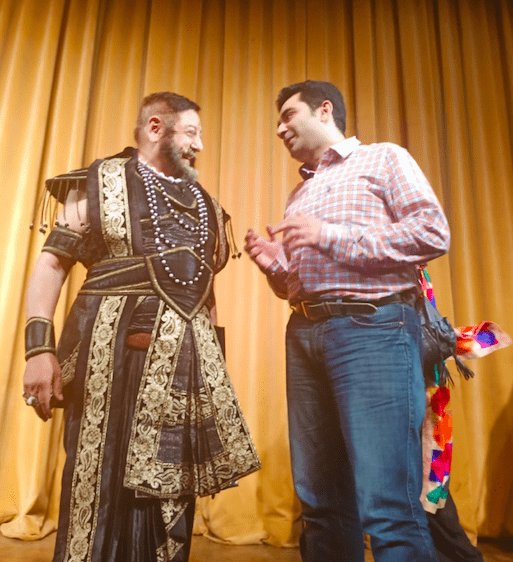 The icing on the cake was meeting Gufi Paintal and discussing the play and good old tv days! There have been earlier works where Mahabharat was told from Karan and Duryodhana point of view but it was a great experience watching this production at Kamani Theatre in Delhi!