This week is a double feature with not one but TWO Tune-in-Tuesdays track! Punjabi American artists Param Singh and Kamal Kahlon have given us another banger with ‘Teri Lod.’

The duo first brought us the party anthem ‘Daaru Badnaam’ that became an instant hit. The song went viral gaining the singers popularity internationally. Every DJ played their song and every party goer always hit the dancefloor bouncing to the familiar beat each time. The single released on VIP Records in 2016, and now has over 688 million views! 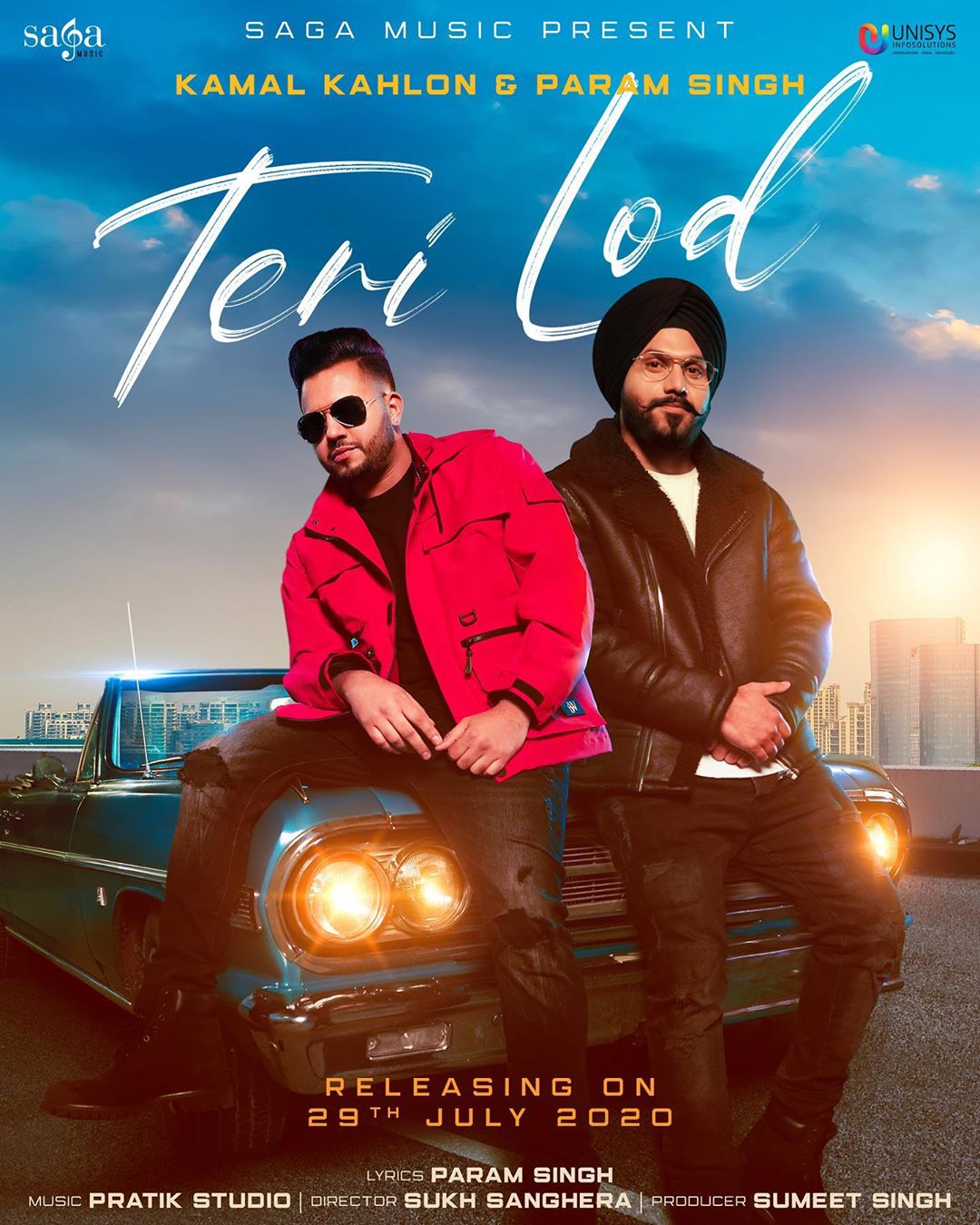 Singh and Kahlon didn’t want to be known as one-hit-wonders and they worked hard to prove their talents together and individually within the music industry. These artists have garnered views in the millions with not just their songs together but individually as well, such as Singh’s ‘Filter Queen’ and Kahlon’s ‘Jaan Meri.’

After ‘Daaru Badnaam’ they’ve teamed up for ‘Jhanjar,’ ‘Gal Sunle,’ and now, ‘Teri Lod.’ Presented by Saga Music, ‘Teri Lod’ is a peppy track written by Singh himself. The single is a love letter to a new love, where one becomes so enamored with their significant other that they lose sight of everything else.

The song is produced by Sumeet Sing with music by Pratik of Pratik Studios. ‘Teri Lod’ is a track that blends western genres like EDM, R&B, with a touch of Punjabi spices. It is so catchy the track has already surpassed 2 million views in just eight days.

The music video is beautifully directed by Sukh Sanghera and tells a story of our leading men becoming smitten by two gorgeous ladies that were checking out their car. Little do the guys know that these pretty faces have a secret of their own. The video stars Gagan Sahi and Muskaan Sachdeva as the love interests of Singh and Kahlon.

Check out the adorable video to find out what happens in the end!